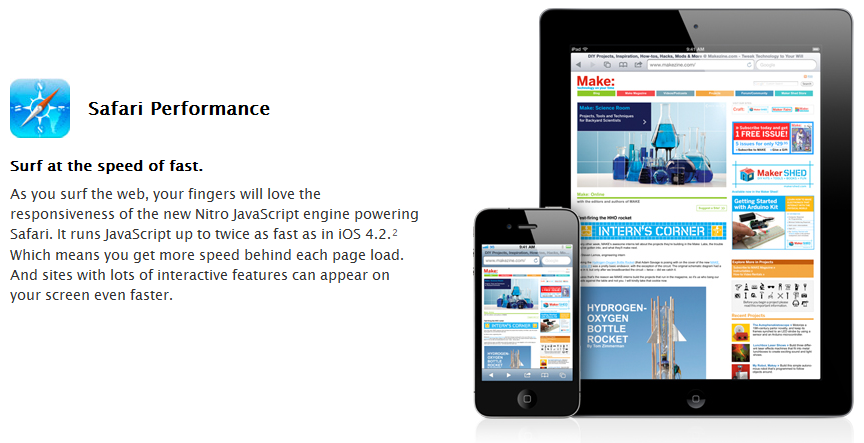 At Apple’s iPad 2 Event earlier this week, one of the major improvements in iOS 4.3 was Mobile Safari performance.

Well, the folks over at iSpazio decided to test it out and see exactly how much faster Safari is on iOS 4.3 GM compared to iOS 4.2.1. The results yielded iOS 4.3 to be a a few seconds faster. Although it isn’t a huge difference, faster is always good, right? Check it out for yourself in the video below! 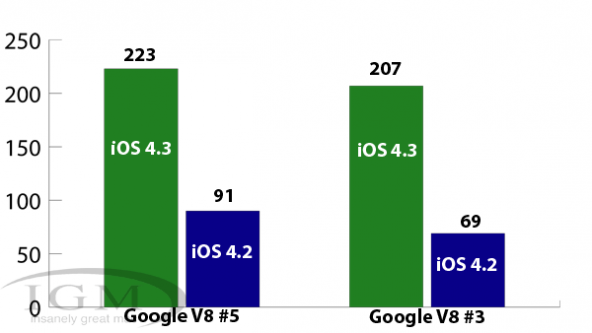