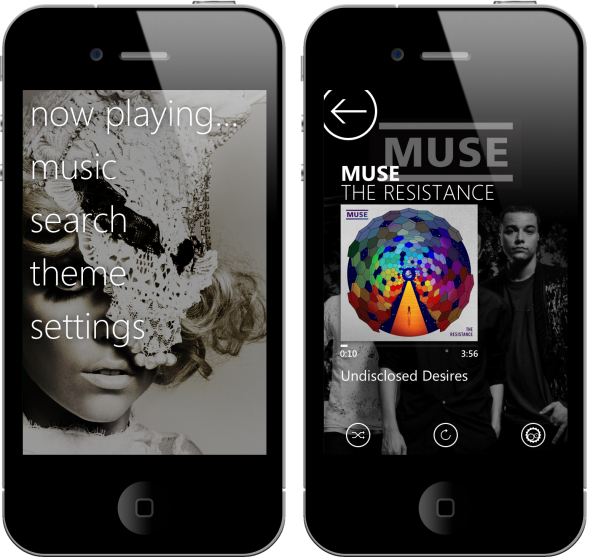 Awhile back, we showed you a jailbreak theme called “OS7” that replicated Windows Phone 7’s interface on the iPhone. Some of you installed the theme and played around with it. The theme’s attention to detail and resemblance to Windows Phone 7 was striking.

An app called Muzik, by Dr. Wilson Gaming, allows you to play your iPod music in the style of Windows Phone 7 and the Zune. Muzik recently received some major updates to make it a more formidable clone of the Zune experience.

If, for some reason, you want the ability to replicate the Zune interface on your iPhone, Muzik is about as good as it gets. 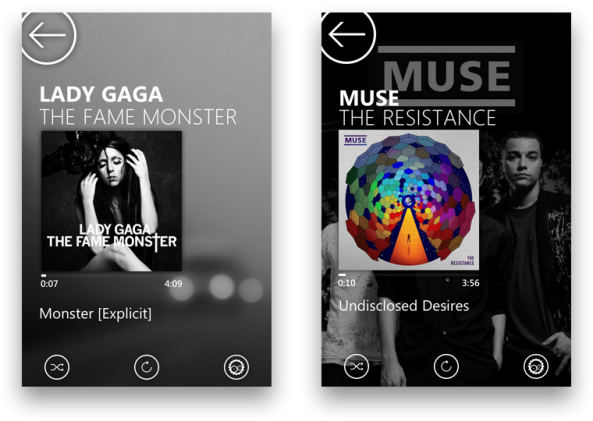 Just like the OS7 jailbreak theme, Muzik bears an eerily identical resemblance to the Windows Phone 7 interface. The app allows you to listen to your iPod’s library and playback videos through iTunes file sharing like Apple’s native iPod app.

You can skin your Windows Phone 7ish player with different themes. According to the developer, there seems to be a few issues with one of themes. You may need to do some manual tweaking. (For more information, check out the developer’s forum.)

I downloaded Muzik to try it out, and I was shocked at how detailed the app strives to be in its Microsoft homage. Everything down to the little transition animations make you feel like you’re really using the Zune player.

The best part about Muzik is that it’s just an app from the App Store. That means that you can mess around, and maybe even enjoy using the interface. But at the end of the day, iOS is just one home screen button tap away.

Let us know what you think of Muzik. Did it make you wish the native iPod app was designed differently, or did it reaffirm your love for the brilliance of iOS?