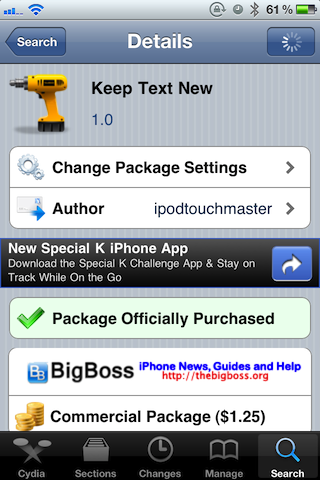 I have to be honest with you; I never thought I’d ever need a jailbreak tweak like Keep Text New.

SMS Messages aren’t exactly like email, where you derive benefits from unread messages; or are they?

I guess there’s only one way to find out. Against my better judgment, I went ahead and took the plunge and purchased Keep Text New… 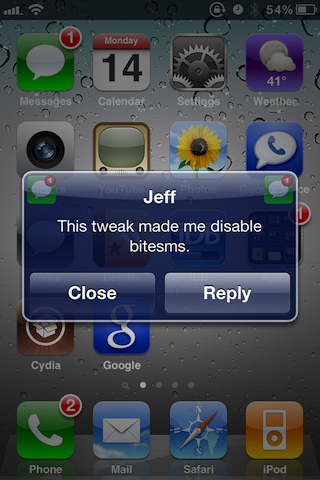 Now this may not seem fair, but right out of the gate I had beef with Keep Text New, because it only works with the stock Messages.app. Being a huge biteSMS fan, that was anything but music to my ears.

Grinning and bearing it, I disabled biteSMS, and placed the old rusty stock Messages.app back on my Home screen.

I sent myself a few test text messages, and the tweak worked as advertised, placing two little toggles on the left and right side of my text message notification. 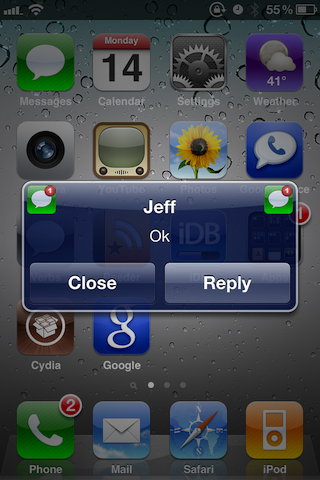 Tapping either one of these toggles places the text message back into unread mode.

The developer makes note that this could be handy if you received a text in the middle of a game, and wanted to dismiss it, but not forget it. 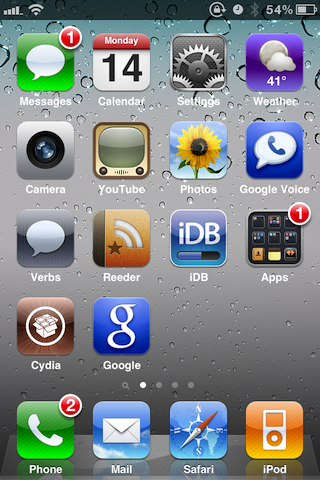 After pondering those possibilities for a while, I have to agree that this tweak could prove to be useful in such circumstances. I can actually think of a few times where that’s happened to me, and I totally forgot about an important text message.

The problem with this whole thing is that it doesn’t work with biteSMS, so until they fix it, that’s a total deal breaker for me. I’d rather forget about a million text messages than go back to Apple’s shameful excuse for a messaging app.

Then something funny happened, I remembered that biteSMS already had this functionality built in! All you have to do is tap ‘Later’ and the text message is marked unread. 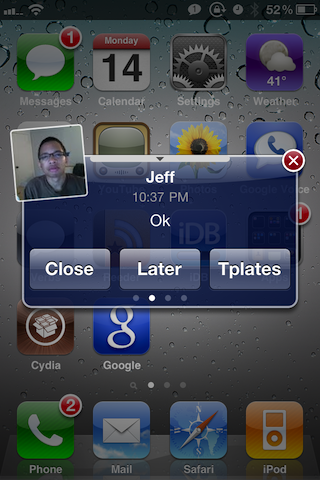 Oh well, that’s a $1.25 down the drain. But hey, at least I was able to reaffirm my love for what is perhaps the greatest jailbreak app of all time.

What do you think about my experiences with Keep Text New?