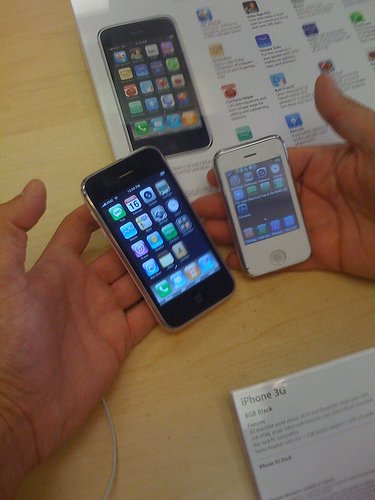 It had been a while since we’d heard rumors of an iPhone nano. But today, the rumor mill is back on. According to Bloomberg, Apple is currently working on a smaller and cheaper version of the iPhone.

This smaller iPhone would be sold $200 without a contract. The goal here would obviously be to gain market shares against Google’s Android who comes with dozens of various devices priced differently, aiming at a larger population…

The prototype was about one-third smaller than the iPhone 4, said the person, who saw it last year.

Apple can sell it at a low price mainly because the smartphone will use a processor, display and other components similar to those used in the current model, rather than pricier, more advanced parts that will be in the next iPhone, the person said. Component prices typically drop over time.

What if this was the big “surprise” Apple is preparing for us? That would definitely make more sense than an iPad 3 being released this year, as some insane speculations suggested.