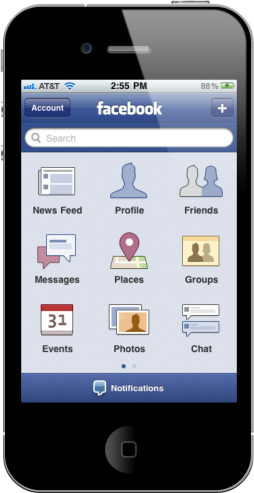 A couple Facebook for iPhone bugs have been reported by disgruntled Facebook users. Two known problems have recently started surfacing within Facebook’s official app: status updates from the iPhone are not being sent to the News Feed, and Facebook for iPhone is missing from users’ privacy settings.

We have no information as to how widespread these problems are, but there has been enough complaint to justify these bugs as real issues.

Here are the details… 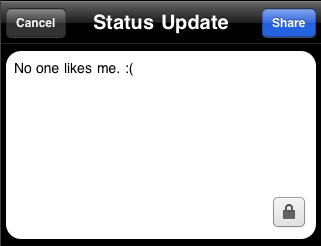 Facebook users have been complaining that when they update their status in the Facebook app, the status only appears on their wall and not their friends’ live feed. So, technically status updates are working, just not in the way that they should.

In order to see a status update from someone experiencing this problem with the Facebook app, one would have to specifically go to that person’s wall. And unless you’re a stalker, you probably don’t do that to all of your friends.

From this list you can edit the permissions of each app/service you use. You can edit specific behavior settings, and remove services you don’t want. ﻿

It seems that Facebook for iPhone is now missing from this list. Perhaps Facebook thought it didn’t need to include its own app in this list, but I’m sure we would all like to know if the app has any special permissions to our information that we’re not aware of.

If this issue doesn’t bother you, then it won’t matter if Facebook fixes this privacy problem or not. But for decency’s sake, we hope they do.

There have also been ongoing complaints about Facebook for iPhone regarding notification issues and photo tagging problems.

We’re curious as to whether you have been coming into contact with any of these reported issues? Have you found a solution? Does it bother you that the Facebook app is no longer included in your account’s privacy settings?