The guys over at Appsfire, a cool app discovery service, made an infographic report demonstrating how most users like regular apps over web apps. Appsfire analyzed 1,000 of its user’s devices to determine some insight into the web v.s. native app debate.

Web applications are becoming more and more advanced everyday, but they still can’t replicate certain functionalities of native iOS apps. The infographic from Appsfire is pretty self-explanatory. Let’s check it out… 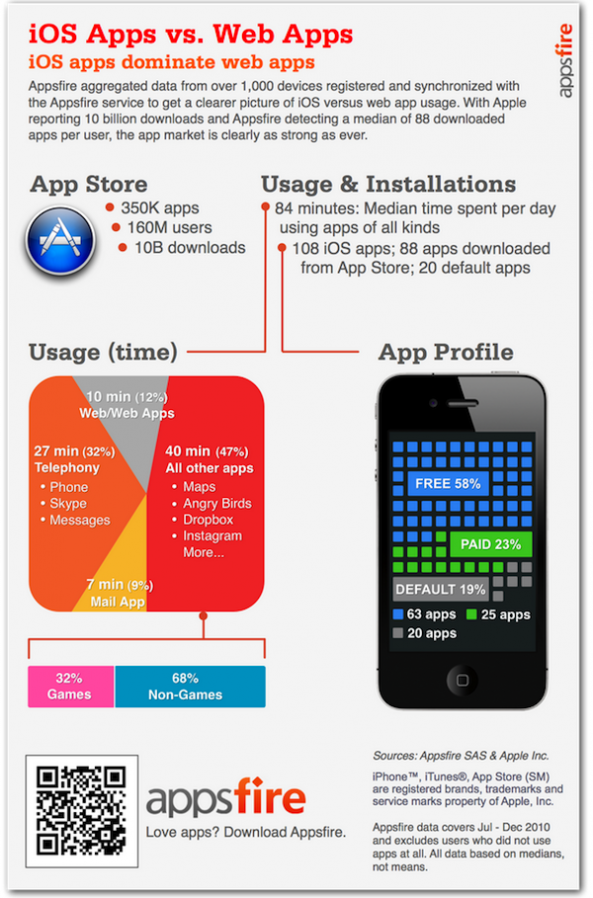 Our site can even be a web app too, visit us in Safari on the iPhone and add us to your home screen!

According to Appsfire, users spend only 10% of of their time in the mobile browser (that includes web apps). This contrasts with the 50% of time that users spend in native apps. Interestingly, only 32% of time is spent in communication-focused apps like Phone, Messages and Skype.

While web apps are gaining in popularity, they still can’t access functionalities like the iPhone’s camera. Also, their animations aren’t as fluid or complex as apps written natively for iOS.

What do you think about web apps v.s. native apps? Do you use any iPhone web apps on a regular basis?