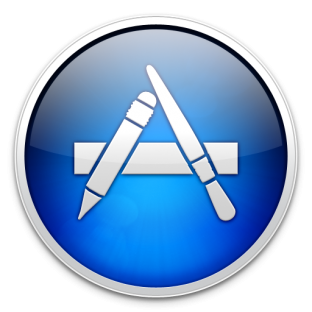 The Mac App Store has opened. If you go to Software Update on your Mac, you can download the latest version of OS X. This update includes a shiny new app on your dock called the “App Store.” Don’t get confused, this isn’t the iOS App Store on your iPhone; all of these apps are Mac-specific apps.

While the Mac App Store does bring many great new apps for the Mac, many iOS apps that we all know are also available through the Mac App Store. Specifically, there are many popular games from the iOS App Store now available on the Mac. The new Mac releases of these games are basically fullscreen versions with some added features and content.

And yes, you can now play Angry Birds in full, HD resolution on your 27-inch iMac…

The Mac App Store borrows a lot of elements from the App Store we all have on our iPhones. Apple duplicated the way that the store is structured from the already-existing App Store for iOS. 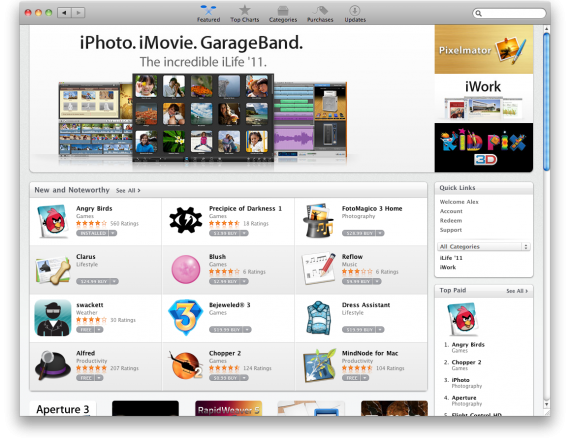 When you open the Mac App Store, it looks a lot like iTunes. The content is in the same layout, and there are all of the familiar charts and categories. You can even redeem promo codes like the iOS App Store. 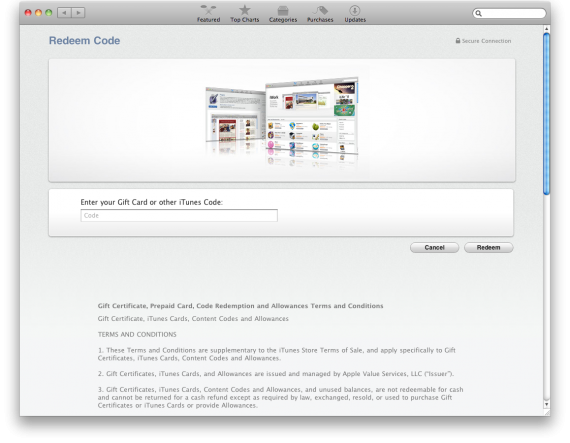 What’s really neat about the Mac App Store is its catalog. There are already a lot of great apps to choose from. Some are free, some are paid. 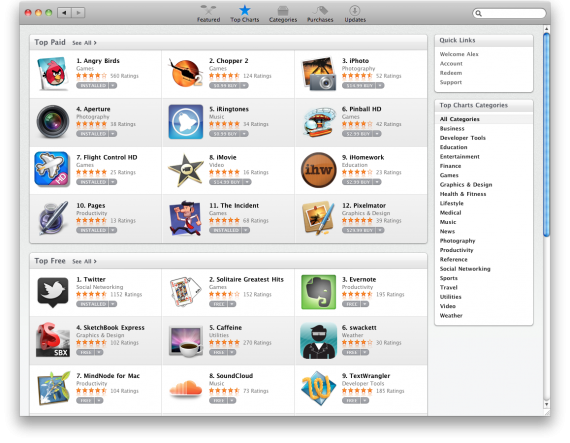 As I perused through some of the apps available, I noticed that there are many popular iOS games already available for download. Most of them are at the top of the “paid” charts. I love Angry Birds, Flight Control and The Incident, so I downloaded the Mac versions to see what I thought. 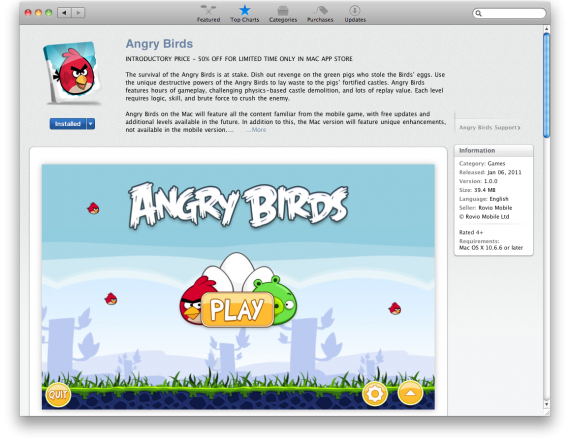 As if I needed anything else to distract me on my computer. Now I have Angry Birds in all of its fullscreen glory. There’s not much different content-wise from the iOS version with Angry Birds for Mac, but the developers have promised more levels in future updates. Currently, all of the Angry Birds levels from iOS are playable.

At first, I wasn’t sure if I was going to like Angry Birds without the iPhone’s touchscreen. However, when I played the first level, I realized that the Mac version is just as good. The app uses the Mac’s trackpad to control the birds though touching, pulling and releasing. There is no clicking. It seems a little weird at first, but after the first time it’s actually a really intuitive way to play the game. I was impressed. 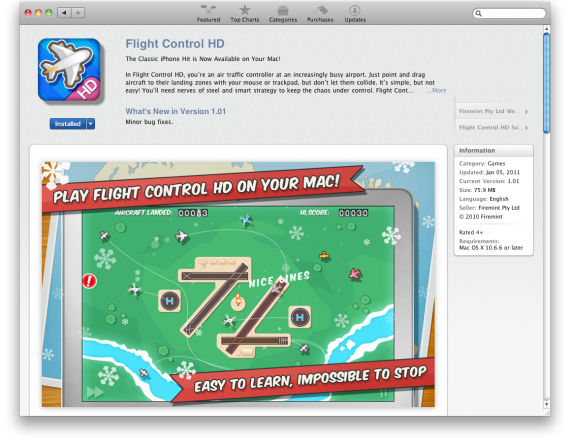 Flight Control has been an App Store favorite for a long time. For many people, it’s in the top ten list for the best games the App Store has to offer. Like Angry Birds, Flight Control HD for Mac is basically just a giant version of its iOS counterpart.

For the Mac, Flight Control has high resolution graphics and “snap-to landing zones” for a more suitable experience with a mouse or trackpad. Instead of using your finger to draw your flight paths, you draw with your cursor. It’s pretty straightforward, and still plenty of fun. 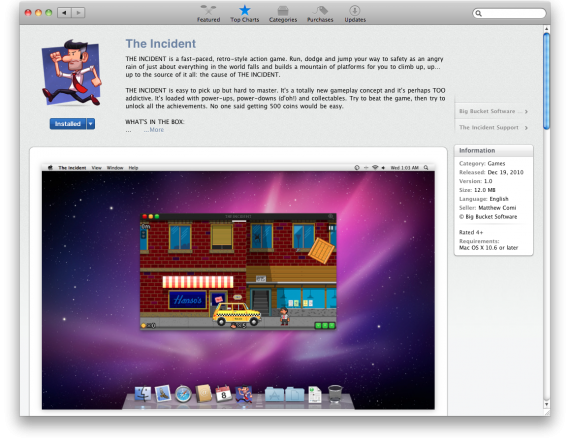 The Incident is my favorite game on the iPhone. It has been since I mentioned it in my last roundup of awesome iPhone games. Needless to say, I was eager to download the Mac version when I saw it in the Mac App Store.

The Incident for Mac has the same levels and features from the iPhone game that are present on the Mac. If any iOS game was also made to work with a keyboard, it’s The Incident. Instead of tapping on a touch screen, you use your Mac’s arrow keys to control Frank Solway as he dodges falling objects. To jump, use the space bar. I love playing The Incident in fullscreen mode on my Mac. It’s such a great game.

The Incident costs $2.99 in the Mac App Store. That’s a pretty reasonable price.

Those were three iOS games that are now on the Mac App Store. There are others; I’ve spotted ones like Osmos, Pac-Man, Zen Bound and Enigmo 2.

What do you think of the Mac App Store now that it’s released? Will you be buying any certain apps? I have a feeling that some people won’t like the idea of “blown up” iPhone games on the Mac. I do. What about you?