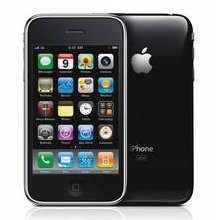 A brand new iPhone 3GS for less that $50 bucks? It looks like somebody is trying to lock up some new customers with two-year contracts, and get rid of some inventory at the same time.

Just why in the world would they want to do such a thing? It looks like AT&T is gearing up for some major changes in the mobile phone landscape, and as customers, you reap the benefits with a sub $50 phone…

This still doesn’t touch the earlier deal that Best Buy was running, but seeing as this appears to be permanent pricing adopted by Apple, this bodes well for the long term.

If you don’t already own an iPhone, would now be the time to jump into the arena? Well, that depends on your needs, but I could never recommend an iPhone 3GS to a friend over an iPhone 4, even if the price of the 3GS is a little cheaper.

And considering that this appears to be a move by AT&T (and to a lesser extent Apple) to clear out inventory, this could mean that the perpetual rumors about the next iPhone being right over the horizon are true.

I know $49 is tempting, but considering that, you might just want to sit on your hands. The last thing you need is a two-year contract on piece of tech that’s two generations behind, right before the new iPhone launches.