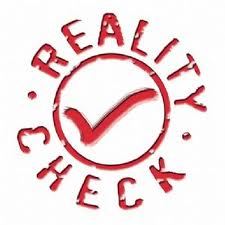 Looking back at what I predicted then, I’m glad to see that I was right on 90% of my predictions. In this post, I will go over each point and explain you how much I was wrong, or right in most cases…

I said “Apple will not divorce AT&T”

I was spot on. There has been rumors about a Verizon iPhone since 2007. Earlier this year, I didn’t think that Apple will break the exclusive agreement they had with AT&T and it seemed I was right. AT&T and Apple are still living happily together, and even though the rumor mill has been churning a lot about a Verizon iPhone lately, this is still not a reality.

I said the iPhone will “face fierce competition from Android”

It didn’t take a Nostradamus to figure this one out. Android is clearly gaining ground on the iPhone and you know what? That’s completely fine. Historically, Apple has never gone after market shares. Would you rather sell a 1,000,000 units at $100, or 500,000 units at $500? I’m not good at math but I’ll choose the latter, and that’s exactly what Apple has been doing.

I said the iPhone would get “improved battery life”

Since the iPhone came out in 2007, one of my big disappointment with the iPhone was its poor battery life. I’m glad to say that the iPhone 4 has put an end to my whining. I can now go over a day with pretty intense iPhone usage without having to plug my iPhone in.

I said the iPhone would get a “5MP camera”

I was right on that one too. At the time, this seemed like a normal evolution, especially after seeing how the iPhone 3GS had made no camera improvement since the iPhone 3G. Today, I can say that I am very satisfied with the iPhone 4 camera. It sure could be better, but the picture quality is much more than I actually expected.

I said the iPhone 4 would have “64GB of storage”

This is the point where I was wrong. The iPhone 4 kept its capped capacity of 32GB, which is already quite enough for most users. Looking back, it completely made sense for Apple to keep the storage at 32GB. If they had increased it, I think the iPhone would have cannibalized some iPod Touch sales.

I said the iPhone would have a “louder speaker”

I said the iPhone would get a “new design”

I was quite disappointed when the iPhone 3GS came out and realized that it was the exact same design as the iPhone 3G. In 2010, Apple completely revamped the iPhone look and feel and I believe they did an amazing job at it. To me, the iPhone 4 is the most beautiful device out there, and I can’t wait to see what the iPhone 5 will look like.

I said there would be “no 4G for you”

Back in late 2009/early 2010, there were a few rumors going around saying that the iPhone will be 4G capable. That was complete nonsense, and I believe it still is. Remember, the first iPhone only supported Edge while 3G was already widely adopted. Apple doesn’t like to adopt unproven technologies.

At the time I made this prediction, there were only 100,000 apps in the App Store and it was clear that this number was going to explode. To date, there are over 400,000 applications in the App Store, with studies showing that numbers might hit 500,000 by mid-2011.

I said we’d finally get “apps running in the background”

That was something we’d all been waiting for, and it’s fair to say that Apple did a pretty good job at it. There is still room for improvement though and that’s something that Apple might be working on right now.

In the next few days, I will come up with some predictions for the iPhone in 2011. In the meantime, feel free to share yours here.