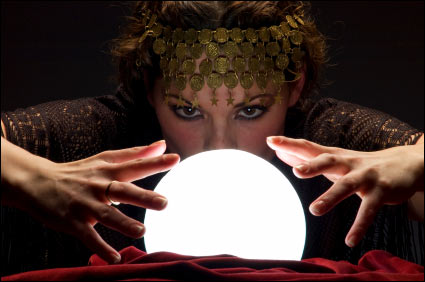 With a new year always comes lots of new resolutions. The beginning of the year is also a great opportunity to make predictions on what’s going to happen. I am no Nostradamus but I’d like to share with you a few of my predictions for the iPhone in 2010.

Apple will not divorce AT&T

I know we all want the iPhone to be offered on more than just one network in the US (Verizon anyone?) but I doubt it will. As I said before, Apple has an exclusive agreement with AT&T and breaking it would cost too much.

Android will kick ass in 2010! I believe so much in Android that I am starting an Android blog soon. Oh and I am also getting the Nexus One as soon as I get back in the States. Apple knows that Google will give it all in this new phone, which is why Apple will have to step up its game.

Let’s be honest, the iPhone battery sucks. We know it.  Apple knows it and they know they have to come up with a better battery for the next model.

There has been rumors that the next iPhone will be equipped with a 5MP camera. I believe this rumor is true. 5MP is still below the industry standards but it’s still better than the poor 2MP camera we have now.

This one is a no brainer. The next iPhone will come in either 32GB or 64GB of storage. That’s just normal evolution of things.

What did you say? I said the new iPhone will have a LOUDER SPEAKER. Seriously, the sound on my iPhone is just pathetic. Once again, Apple knows it and will fix this.

Let’s face it, the iPhone 3GS is just an intermediate product between the iPhone 3G and the next generation iPhone. Apple didn’t even bother giving the 3GS a facelift. I think 2010 will change. Be ready to see a breathtaking design for the new iPhone.

The name of the new iPhone will not be iPhone 4G. The iPhone will also not be 4G ready. Only a few markets offer a 4G cellular data network and it wouldn’t make sense for Apple to implement this at this time.

It took a year and a half for the App Store to reach 100,000 apps. I predict it will take less than a year to reach 300,000. Everyone and your mom is developing iPhone apps now.

Apps running in the background

Just like they did with copy/paste, Apple will wait the last minute to give us this basic feature. They have to because all other major smartphones do it. I also predict Apple will rip off ProSwitcher and implement a very similar functionality in iphone 4.0.

What are your predictions for the new iPhone in 2010?