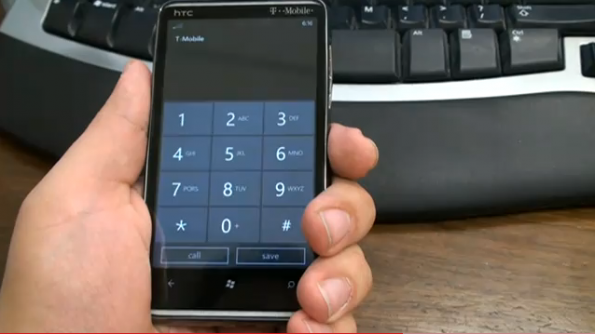 Apple took loads of heat earlier this year due to the issues surrounding the iPhone 4 so-called ‘Death Grip’ which causes the signal strength to plummet when the phone is held a certain way. Apple replied by saying that all smartphones suffer from this issue to a certain degree, a point that HTC notably took issue with.

Unfortunately for Apple, the popularity of their products put a huge red target on their backs, and the fact that they didn’t properly own up to the issues didn’t help them much either.

But that’s not the end of this story. Now, another popular phone manufacturer, HTC, is caught in the middle of a similar controversy with their flagship Windows Phone 7, the HTC HD7…

Here is a video showing how the HTC HD7 suffers from similar antenna issues:

Hilariously enough, HTC has taken a similar stance to Apple, defending itself with the following reasoning:

“To ensure the best possible signal strength, antennas are placed in the area least likely to be covered by a person’s face or hands while the phone is in use. However, it is inevitable that a phone’s signal strength will weaken a little when covered in its entirety by a user’s palm or fingers. We test all of our phones extensively and are confident that under normal circumstances reception strength and performance will be more than sufficient for the operation of the phone when network coverage is also adequate.”

I think even Steve would be impressed with that verbal ballet routine, don’t you?