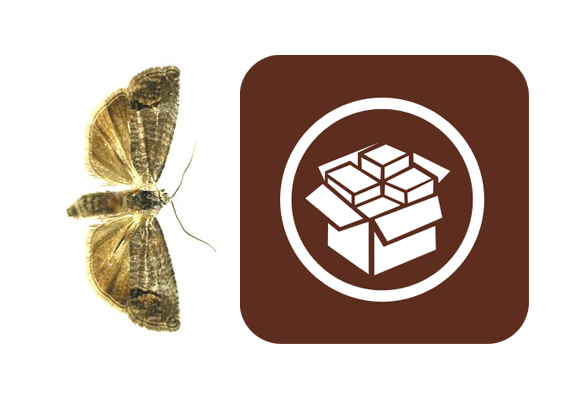 Cydia is a household name in the jailbreak community. Anyone who has jailbroken their iDevice has most likely used Cydia. Some of us may even know that Cydia is the brainchild of Jay “saurik” Freeman, whom most consider the father of the jailbreak.

Cydia is used by millions of people, but how many know why it has such a weird name? I mean, “Cydia?” What in the world does that mean? There has even been dispute as how to say the word “Cydia.” Little do most know, there is an interesting reason for the odd title behind the icon that every jailbreaker recognizes…

Cydia is actually named after a moth. Cydia pomonella is the scientific name for the “coddling moth,” or what we would most likely recognize as the stereotypical apple worm.

The Wikipedia article on the Cydia pomonella is actually quite ironic in light of Apple’s iPhone: “[it] has proved to be a problematic pest on several fruit trees, including apples and pears. The caterpillars burrow into the fruit, rendering it un-sellable. Traditional insecticides are of limited use, as some strains have acquired resistance to several insecticides.”

Cydia has turned out to be quite the worm to Apple’s ecosystem. With the “jailbreak” becoming more prevalent in the mainstream, Cydia has proven its authority.

While Freeman has been open to any corrections from Latin experts, he has said that the correct pronunciation of the name is “sih-DEE-uh.” If anyone says Cydia a different way, you are free to correct them.

So, Cydia is named after a moth. Pretty cool, huh?