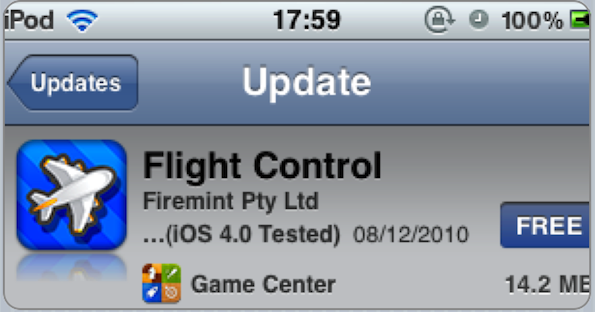 Have you ever wanted to know the file size of an App Store app update? Me neither, but apparently, some people do.

Introducing the methodically named AppStore Update Size, a jailbreak tweak for all of you app weight watchers out there.

Because I’m waiting for the eventual release  of the untethered iOS 4.2.1 jailbreak, my iPhone still resides on iOS 4.1. Unfortunately this tweak is only for iOS 4.2 and up, so I can’t test it for myself, but it looks straight forward enough.

Before this tweak saw the light of day, it never dawned on me that Apple doesn’t like to publish the sizes of its App Store updates. This will be handy for those of you using a device of a lesser storage capacity, like the 8GB iPhone 3GS; understandably, space is hard to come by on those devices.

AppStore Update Size is free, and available on Cydia for jailbroken iPhones. Do you think it’s silly to need a tweak for something like this? Should Apple start publishing their App Store update sizes?