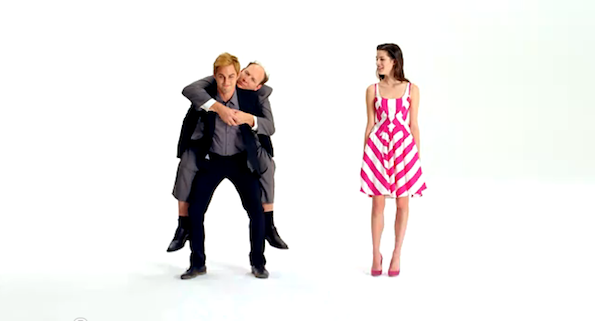 With the release of an advertisement dissing the iPhone 4 and AT&T’s network, you can pretty much squash any idea of the iPhone appearing on T-Mobile’s network anytime soon.

The video clip purposely takes Apple’s infamous “Mac versus PC” ads, and flips the script. It features an attractive female claiming to be a MyTouch4G, while a guy struggling to support another guy on piggyback claims to be an iPhone 4. Let the hilarity ensure…

Of course the guy riding piggyback is the AT&T network, which is putting a burden on Mr. iPhone, hence slowing him down. Brilliant! The woman then touts the MyTouch’s video-chat-anywhere capabilities — courtesy of T-Mobile’s 4G network — all the while poking fun at the fact that FaceTime for the iPhone 4 only works while connected to Wi-Fi.

Obviously, all of that means nothing to us here at iDB, seeing as a simple jailbreak will allow you to use FaceTime anywhere you receive a cellular signal. Still, the ad is quite amusing, and gives Apple a nice dose of their own medicine.

Slower network or not though, at the end of the day, the MyTouch4G is still, unfortunately, a MyTouch4G.

What did you think about the ad?