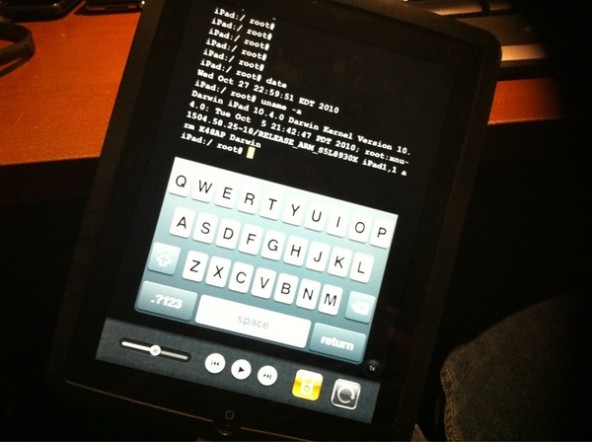 When Apple releases the final version of iOS 4.2 to the public next month, you shouldn’t have to wait long before a jailbreak is released. The jailbreak might even be released on the same day that Apple makes iOS 4.2 available to the masses.

A couple of days ago, iOS hacker iH8sn0w posted an image of an iPad, one obviously on firmware iOS 4.2, running the jailbreak only mobile terminal app. As we reported earlier, due to the nature of the jailbreak, the quick turnaround time should be something we should see going forward, because one of the exploits is a hardware exploit that, according to hackers, can’t be patched…

At this point, Apple hasn’t responded to the news of the hardware exploit, and it’s doubtful that they actually will. Instead, they’ll likely opt to resolve the exploit with the next release of the iPhone instead of altering the hardware mid-cycle.

There’s also no news coming out of Cupertino regarding a solid date for iOS 4.2  All we’ve heard thus far is that it will be released in November. That of course, means it could be released in as shortly as 3 days.

In the meantime, if you’re running iOS 4.1, and you still have yet to jailbreak, check out our comprehensive jailbreak guide, and get started.

Are you as excited about a jailbroken iOS4.2 as we are? Let us know in the comments below.