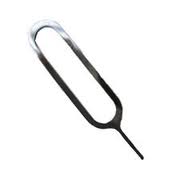 Speaking of a close environment… There is an interesting article on GigaOM today which suggests that Apple might be about to cut out the carriers.

It is rumored that Apple and Gemalto have created a SIM card, which is typically a chip that carries subscriber identification information for the carriers, that will be integrated into the iPhone itself. Then customers will then be able to choose their carrier at purchase at the Apple web site or retail store, or buy the phone and get their handset up and running through a download at the App Store as opposed to visiting a carrier store or calling the carrier. Either way it reduces the role of the carrier in the iPhone purchase.

I wouldn’t be surprised by such a move, however I have one major concern with that. How would this work with subsidies? Would the buyer take the hit and pay full price for an iPhone? I doubt that. Or would the carrier pay Apple the subsidy once the phone has been activated? That would make more sense.

Do you see how this could work?