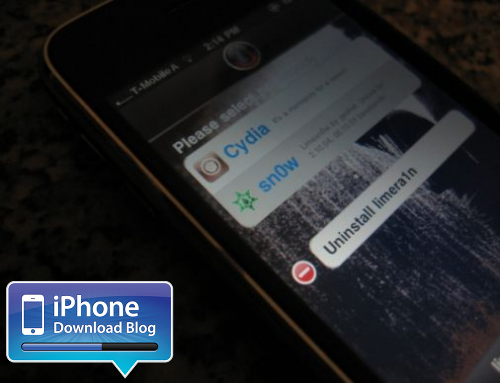 Just days after releasing his LimeRa1n jailbreak, is Geohot going to amaze us all over again with LimeSn0w, the first iPhone unlock for iOS 4.1? That’s at least what this image I received from an anonymous tipster suggests. It shows what seems to be an iPhone 3GS on T-Mobile with information about LimeSn0w being an unlock for basebands 02.10.04 and 05.15.01.

While we thought there wouldn’t be an unlock until iOS 4.2 comes out, this LimeSn0w rumor comes as a very good news, especially for those of you who accidentally updated to iOS 4.1 and cannot downgrade the baseband.

So far, there is no way to unlock an iPhone running iOS 4.1. Only a future release of PwnageTool will allow us to update to iOS 4.1 while preserving the baseband, thus still being able to use the UltraSn0w unlock.

UPDATE: And now a video is showing LimeSn0w in action…

I don’t know what to believe anymore and your guess is as good as mine. Geohot is definitely full of surprises so you can expect the unexpected from him.

Can LimeSn0w be the unlock everyone is waiting for? Is LimeSn0w for real? Is this a fake? What do you think?