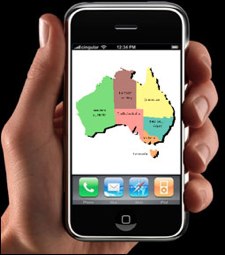 On launch day of the iPhone 4 I was 26th in line at the Mall of America. I arrived at 2 in the morning and by the time Apple opened their doors there were easily over 300 people waiting behind me. I know that everyone in line that day didn’t go home with the new iPhone. It was blissfully maddening.

The latest shortage reports are coming out of Australia where TUAW shows the country’s carriers are feeling the heat from a high demand, low supply market. With cell carriers down under getting new shipments each week, and the Apple stores in the US each day, I feel like the company purposely shorthands their retailers and inadvertently causes chaos…

I know that it wouldn’t be the first time a company has set a limit on the amount of products to be released on launch day but this isn’t just any company. It’s freaking Apple. I say that Apple should know by now the anticipation of the iPhone 4 after the launch days the product has endured thus far. Australia should have had no problem meeting demand.

Allowing users and carrier outlets to suffer at the hands of their hype is irresponsible. I say if they can ship the product each day or week then they should be able to offer more up front. Why does it seem so simple?

Do you think Apple is still purposely releasing only so many iPhone 4 per launch date, and if so should they stop? Give us your opinions in the fully stocked comment box.