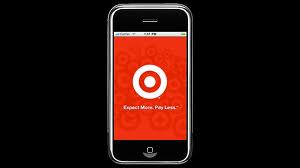 I’ll warn you ahead of time, this is a ridiculous piece of news. The folks over at Target have come up with a plan that will allow you to trade in your iPhone or iPod Touch to receive your very own gift card with the amount you’re granted in return.

So how much can you expect to get for your respective iDevice you ask? CNET says supported stores will issue you a card that ranges from “a couple dollars” to $200 in value…

Target plans to have 850 stores by the end of the year that will offer both mobile and game trade-ins. Both Best Buy and RadioShack offered similar promotions for the iPhone 4 release, but both of those retailers actually sell the iPhone. That leads me to wonder if we can expect to see the beloved phone at Target stores in the future.

Would you ever trade your iPhone or iPod Touch to a buyer like Target? Surely the amount you would get for it would be considerably less than selling it yourself on Craigslist or eBay. Let us know what you think of this scam in the comment box below.