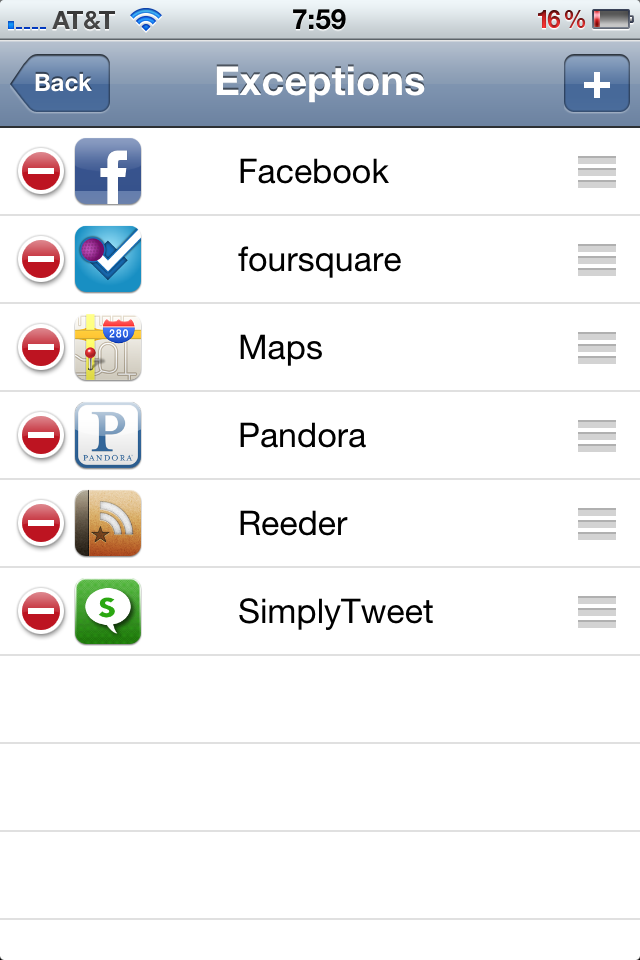 Are you confused by the title of this post? Yeah, me too, but I couldn’t figure out how to clearly say what I wanted it to say. Anyways, now that I’ve got your attention, I want to talk to you about a new jailbreak app called Remove Background.

When I first looked at the SBSettings toggle, my big issue was that it was killing all backgrounded apps at once. While the toggle worked great, I needed it to let me specify what apps I wanted to kill instead of killing them all. That’s exactly what Remove Background does.

Remove Background removes all apps from the app switcher and kills the processes at the same time. What makes it different from the SBSetting toggle is that you can set it to work with Activator gestures, and most importantly, you can select apps to “exclude” from the killing.

Remove Background is fully compatible with the Remove Background SBSettings toggle. Open up Remove Background, select applications to exclude from the process killing, fire up SBSettings and hit the toggle. All apps but the one you selected will be killed, freeing up some memory on your iPhone while keeping those apps that are important to you running in the background.

Remove Background is available in Cydia for free via the BigBoss repo. Give it a try and tell us what you think.

[Thanks Burge for the tip]