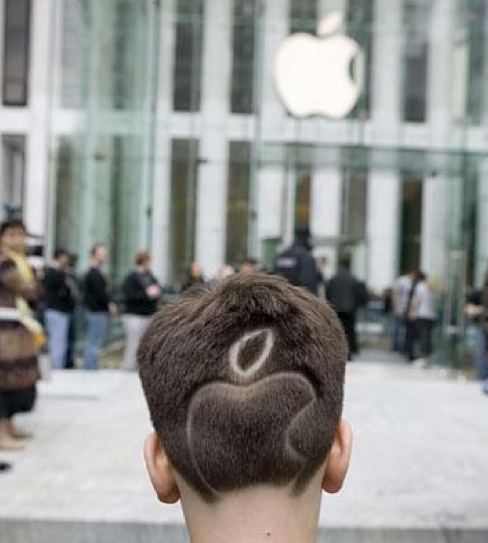 A couple weeks ago I added this topic to my Evernote list of non-news stories to write about. In fear of this topic circulating the web waves I figure now is as good a time as any to open this topic up for clarification and debate. What actions or attitudes must an everyday Apple supporter exhibit before they are justly (or not) called a Fanboy?

Often I read comment sections on sites like ours and when Apple products are written about this term flies around like beach balls in a sports stadium. Showing your appreciation and opinion on why you proclaim your iPhone, iPad or other device as being the best, will instantly grant you the Fanboy label. Rarely is the term assigned to someone with any other intention than to call them a blazing idiot (which is much worse than just a regular idiot).

I have said before that I cannot see myself ever owning any phone but an iPhone. I have reasons with little relevance to this piece but will say that if for nothing else my devotion is confirmed by the sheer ease of synchronization with my other Apple products. I admit it’s a circular argument (meaning I say I won’t stop using Apple products since they work so well with other Apple products), but that is my experience.

Ignorance is often used alongside Fanboy in the sense that for anyone to think this Apple product is better than a certain non Apple product, then the person deciding must be ignorant of the other device’s capabilities. iPad’s are a great example of this. The supporters of this device are often criticized because they spend more money on their iPad than they would a netbook that can better create documents or run Flash ; as if this information is a big secret that was overlooked when making the purchase.

A question I have is what if I decided tomorrow that I would sell all my Apple gear and switch to pure Microsoft. Would I then be a Bill Gates Fanboy just like that? Oddly enough I doubt it. The term has a special certain sticking power when attached to one who loves Apple products. If I were Steve Jobs I would move as fast as I can to have this term patented. Someone should be cashing in and it might as well be those who are referred to the name most.

So where does this term come from? Is it hate or jealousy? Or does this term just represent a comical term that is tossed benevolently between friends? I guess it doesn’t matter much since we all know Apple products are best.