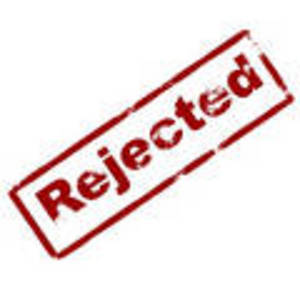 It’s Friday, and (as usual), I feel like ranting before the weekend. On Wednesday we reported that Camera+ had “snuck” in a feature in its application, allowing the user to shutter using the volume buttons. This ability has been atop of the request list of many iPhone owners, in regards to Apple’s native camera app. As we predicted, Apple put the kibosh on the useful addition, less than a day after it was made public by various outlets. Apparently Apple took offense to the developers at Taptaptap for actually listening to what the consumer has to say.

More often than not I usually side with the way Apple handles its business. Some have even *gasp*, called me a fanboy of sorts. I’m cool with that. What I’m not cool with is the disregard of public opinion about not only a harmless feature, but a very useful one added to a magnificent application.

Camera+ is no fly-by night app. In fact, it recently reported earnings of over $500,000.00, after Apple’s 30% cut, in 60 days! Not a bad chunk of change for 2 months worth of exposure. I’m not suggesting Apple should change its policy because an app is making lots of money, as much I’m asking them what the big friggin deal is? It seems that those in charge got their panties in a bunch because Camera+ had previously tried to include the feature legitimately, but were denied because it was claimed the feature “was too confusing”. Thanks for identifying (and in turn, insulting) our level of intelligence, Apple.

I understand that there has to be guidelines and enforcement surrounding the entries into the App Store I can even understand hidden circumvention that undermine policies, such as Handylight (which allowed users to tether for free), needing to be dealt with. Camera+’s “easter egg” wasn’t included in the app itself. Those wishing to implement the volume button shuttering had to type an address in their Safari URL, and could also remove the ability doing the same. It was optional, until Apple decided to play enforcer.

There have to be rules, and I get that. But just because a rule exists doesn’t mean it isn’t a silly rule. Camera+ only “broke” policy because Apple told them their feature wasn’t easily enough understood. Ironically enough, its Safari-based addition was easy enough to understand by enough people for Apple to kick the app out of the store.

So lighten up, Apple. Camera+ is and was one of the better applications out there. It enhanced the brilliant ability of both the iPhone 4’s camera, and Retina Display. Go hassle some of the developers who promise to “find your friend’s phone”, or the fortune tellers. In fact, stop the hassling of non-abrasive implementations, and then there won’t be these silly rules to break in the first place. Otherwise, be prepared to lose millions to Cydia, who I imagine would welcome such revenue. Just sayin’…