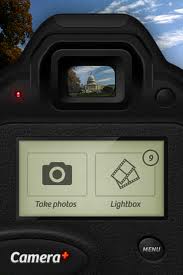 First let me say that Camera+ is in my top 5 of amazing iPhone apps. On the iPhone 4, this application allows you to maximize your photography abilities to a whole new level, when it comes to taking pictures on a phone. The developers at Taptaptap have snuck in a feature via Safari, that allows you to shutter photos using the volume buttons. Quite handy when you’re using a paid app designed to take stable snapshots.

Apple rejected their public attempt, saying “Your application cannot be added to the App Store because it uses iPhone volume buttons in a non-standard way, potentially resulting in user confusion. Changing the behavior of iPhone external hardware buttons is a violation of the iPhone Developer Program License Agreement. Applications must adhere to the iPhone Human Interface Guidelines as outlined in the iPhone Developer Program License Agreement section 3.3.7” Apparently Apple doesn’t think we are smart enough to operate the camera via physical buttons.

Like always when it comes to a developer circumventing Apple’s ultimate authority, this won’t last long, I’m sure. So you better grab it now, before it’s banished into the violators oblivion. I can’t help but again think of how many other, less popular apps, have hidden features sneaked into their applications.