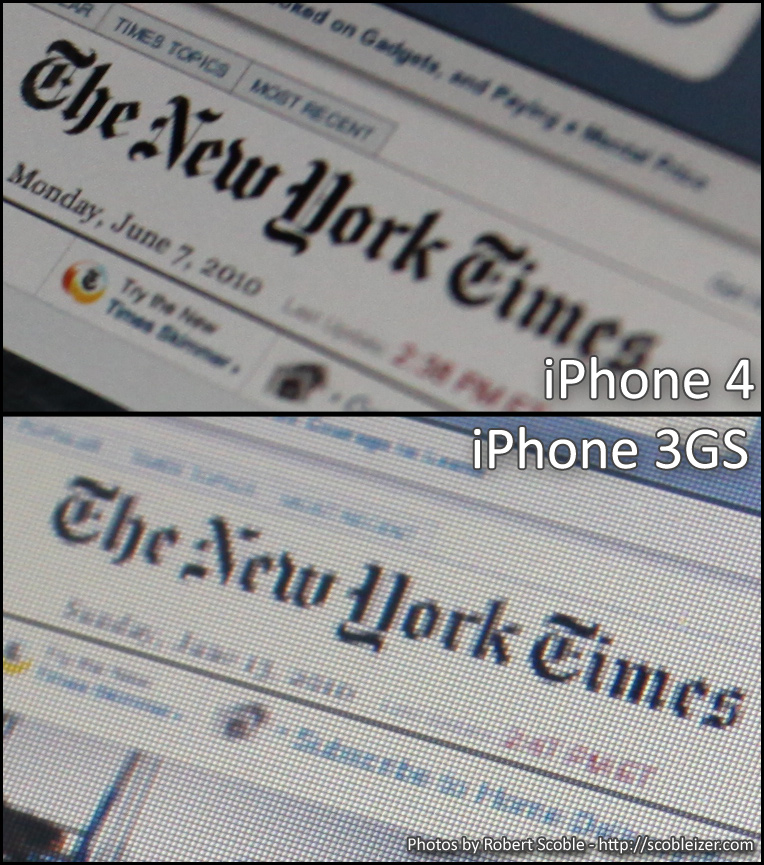 There’s been quite a bit of controversy about the now infamous iPhone 4 retina display. In short, Apple makes some claims about the new display that are disputed by industry experts.

To put an end to the debate, Scoble posted pictures of both displays. You be the judge. I think it’s pretty clear and obvious that the iPhone 4 has a better screen, but that’s not really surprising. After all, the iPhone 4 is a newer device and I can’t see why the screen display wouldn’t be as good or even better than the iPhone 3GS’.