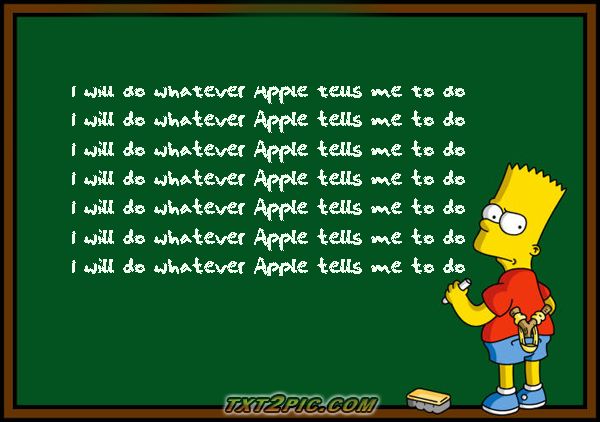 By the looks of all of Apple’s announcements last week, it seems they will literally control all forms of technology in 10-15 years. iAd replaces Google Adsense and HTML5 replaces and ruins Adobe.

It’s a pretty bold statement but let’s take a deeper look. You might compare Apple’s actions to the likes of Google. Google’s motto over the past few years has been “if you can’t beat’em, buy’em”. Google is perhaps best known for its business acquiring capabilities. Quite often there are jokes about Google taking over the world.

Google’s actions, however, are usually widely accepted by the public and encouraged. Admit it, you kind of like it when Google acquires a new company, probably because Google has a good track record of bettering acquired services and offering them free for public consumption.

When Google acquires a service, it usually means new and innovative things are coming soon. Apple, on the other hand, is not so friendly.

Apple knows that no matter what kind of business practices they use, consumers will still buy their products since they create desirable products. So Apple decides to not incorporate Adobe Flash into the iPhone OS. Let’s consider a few reasons as to why Apple might not want to allow Flash to run on their devices.

Virtually all forms of multimedia online today can be delivered through the Flash platform. From Hulu to illegal streams of newly released movies, Adobe Flash powers all forms of media on the internet. Using Flash, you can illegally listen to new music that is being streamed through a peer to peer website. You can also find tons of sites that offer streaming of new release movies via Flash. You can play thousands of graphically advanced games via Flash as well. So why does Apple not want to allow Flash on their device?

If the previous few sentences have not made it apparent yet, here’s why: Apple makes a killing selling movies, music, and games. Billions of songs have already been downloaded from the iTunes store, and billions of games have been downloaded from the AppStore. You read that right – that’s BILLIONS (1,000,000,000++). I would say that’s a pretty profitable source of income.

So they decide to make the iPad HTML5 friendly, which is essentially a new Adobe Flash, but newer technology and less memory intensive. All of today’s dynamic online advertisements are delivered with Flash. So Apple is trying to become the father of HTML5, meaning in the future they’ll essentially control the content of every website, because website creators will want to conform to Apple’s rules so that their own content will be allowed to be viewed on the iPad.

Several sites have already posted an HTML5 version of their website such as TED.com, WSJ, NYTimes, MSNBC, ABC, and CNN. They all already have HTML5 friendly videos, instead of Flash, and all this only for the iPad (and it’s only been what? A few days since the release of the iPad?).