Try This Networks have been kind enough to give us two promo codes for Tap of The Dead [iTunes Link]. Here is a description of the game.

A virus has ransacked New York City. Everyone you know is dead…ish. Play as Connor Frost, a reluctant software engineer turned zombie destroyer. Tap patterns as fast as you can before your hand cramps up, and you become one of the walking dead. You need to get to safety! Pass through familiar New York City sites and you might even run into a few familiar faces.

The question isn’t if you can get off Manhattan, but can you do it in style?

*Auto saves when you quit so you can pick up and play again later exactly where you left off.

*Over 45 unique levels based on real locations in New York City.

*Controls that don’t force your fingers to obscure the action!

COMING IN NEXT UPDATE
*Survival mode – Unlimited zombies and unlimited time. See how long you can survive against the horde.

*Worldwide Leader Board – Utilizes Try This Network’s proprietary network so you not only compete against the rest of the world, but see where the top players are located. 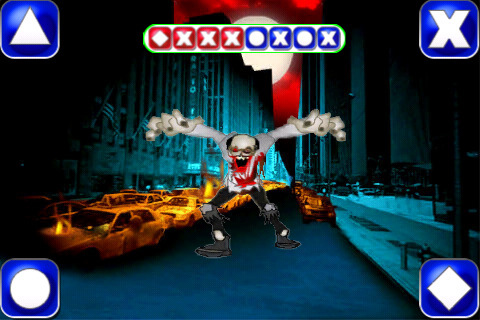 Although we have not played it all other Try This games are great. So we don’t see why this could be the exception.

How to Win One Of The 2 Promo Codes:

Leave a comment below with a valid email address. Two random people will be chosen Monday the 20th.