Sometimes one of the most useful ways to troubleshoot a problem on a jailbroken device is to enter Safe Mode and use it to remove a conflicting jailbreak tweak or add-on. The only problem, however, is that entering Safe Mode doesn’t seem as straightforward as it once used to be. 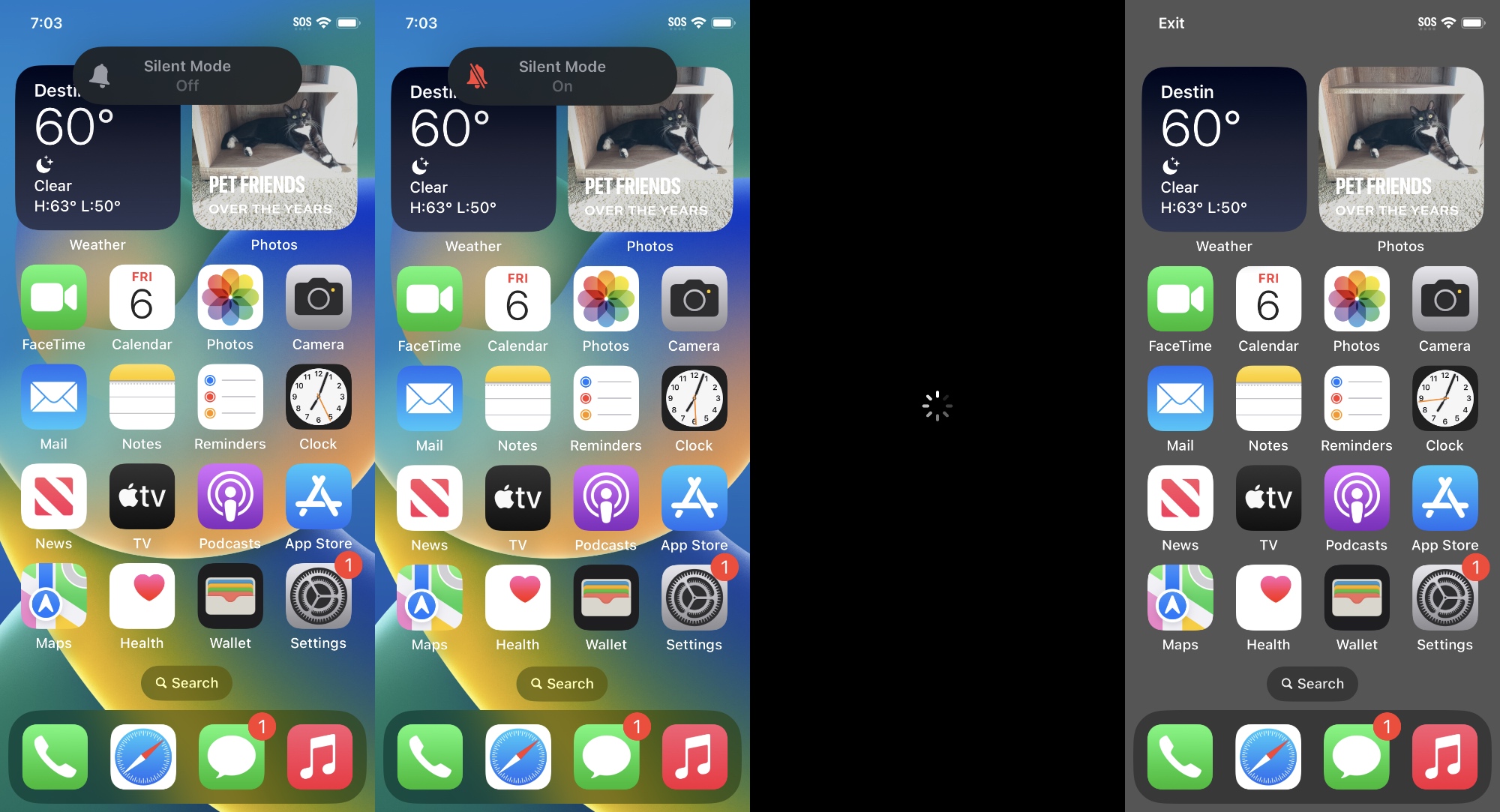 A new and free jailbreak tweak release called SafeModeMuteToggle by iOS developer ETHN simplifies this process by allowing jailbreakers to enter Safe Mode by simply toggling the mute/ringer switch on the side of their iPhone both on and off in a sequence.

As depicted in the sequential screenshot examples above, the way this tweak works is pretty simple: upon toggling the mute/ringer switch twice, the device gets kicked into Safe Mode. This is evident by the notorious gray background and the word “Exit” in the Status Bar.

We like this two-step approach as opposed to a single switch movement because, as the developer notes in the /r/jailbreak release post, this prevents a false positive and allows you to actually use your mute/ringer switch as it was intended without accidentally kicking yourself into Safe Mode.

Safe Mode is extremely useful in debugging situations because it kills all tweak injection and allows you to go into your package manager to remove a problematic tweak. The reason this is so imperative is that sometimes a jailbreak tweak messes something up so badly that you can’t simply open the package manager yourself; for example, the Home Button or your touch screen stops responding.

Those interested in trying the new SafeModeMuteToggle jailbreak tweak can download it for free from ETHN’s personal repository via their favorite package manager app. The tweak supports jailbroken iOS 10, 11, 12, 13, 14, 15, and 16 devices and is open source on the developer’s GitHub page.

If you aren’t already using ETHN’s personal repository, then you can add it to your package manager app by using the URL provided below:

Do you plan to take advantage of this convenient new way to tap into Safe Mode in an emergency? Discuss in the comments section down below.