A couple of years ago, we showed you a jailbreak tweak called Velvet by iOS developer NoisyFlake that could be used to personalize your handset’s notifications with unique color experiences that would make any ordinary iPhone user drool over your setup. Now, that same developer is out with Velvet 2, the latest iteration of their magnificent UI customization tweak for pwned iOS & iPadOS 15 devices. 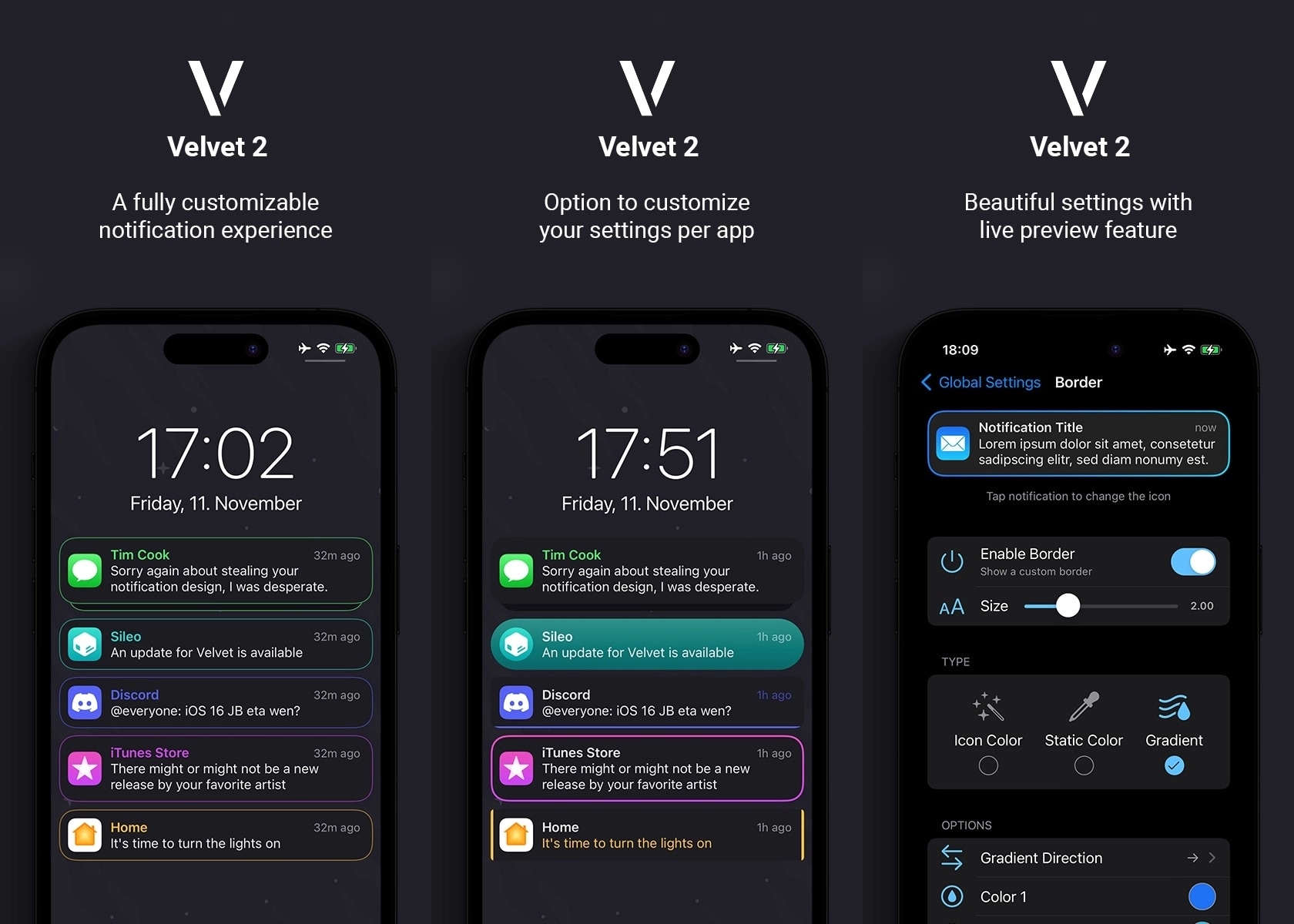 Apple appeared to draw a lot of inspiration from the original Velvet jailbreak tweak when designing the interface for banner notifications in iOS & iPadOS 15, but they left out the customization bit that many users hold near and dear to them. With that in mind, it’s not surprising to see NoisyFlake coming at us with Velvet 2, which focuses primarily on this specific concept.

As you can see in the screenshot examples above and below, Velvet 2 lets the end user customize the colors of the following elements with respect to the banner notification interface:

But colors aren’t the only thing you can do with Velvet 2; you can also customize the appearance of banner notifications in the following ways:

As you’re about to see in the screenshot example below, Velvet 2 adds a completely redesigned preference pane to the Settings app when compared alongside the original Velvet jailbreak tweak: 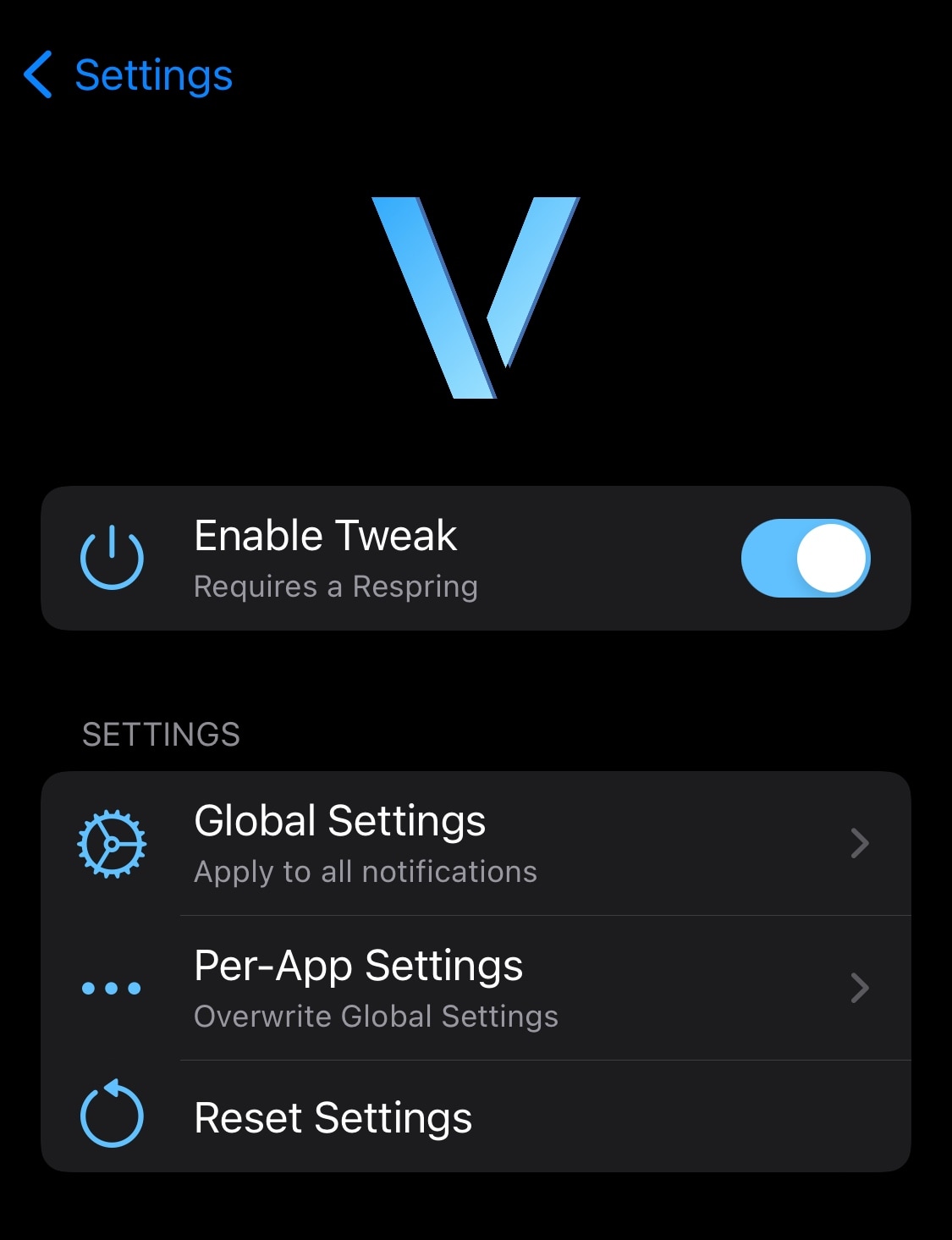 The new interface makes each setting easier to understand by carefully categorizing everything and illustrating all the options discussed above. It’s important to note that options can be configured for all apps, or on a per-app basis, which is actually pretty cool given how unique some people like to be with their tweak customizations: 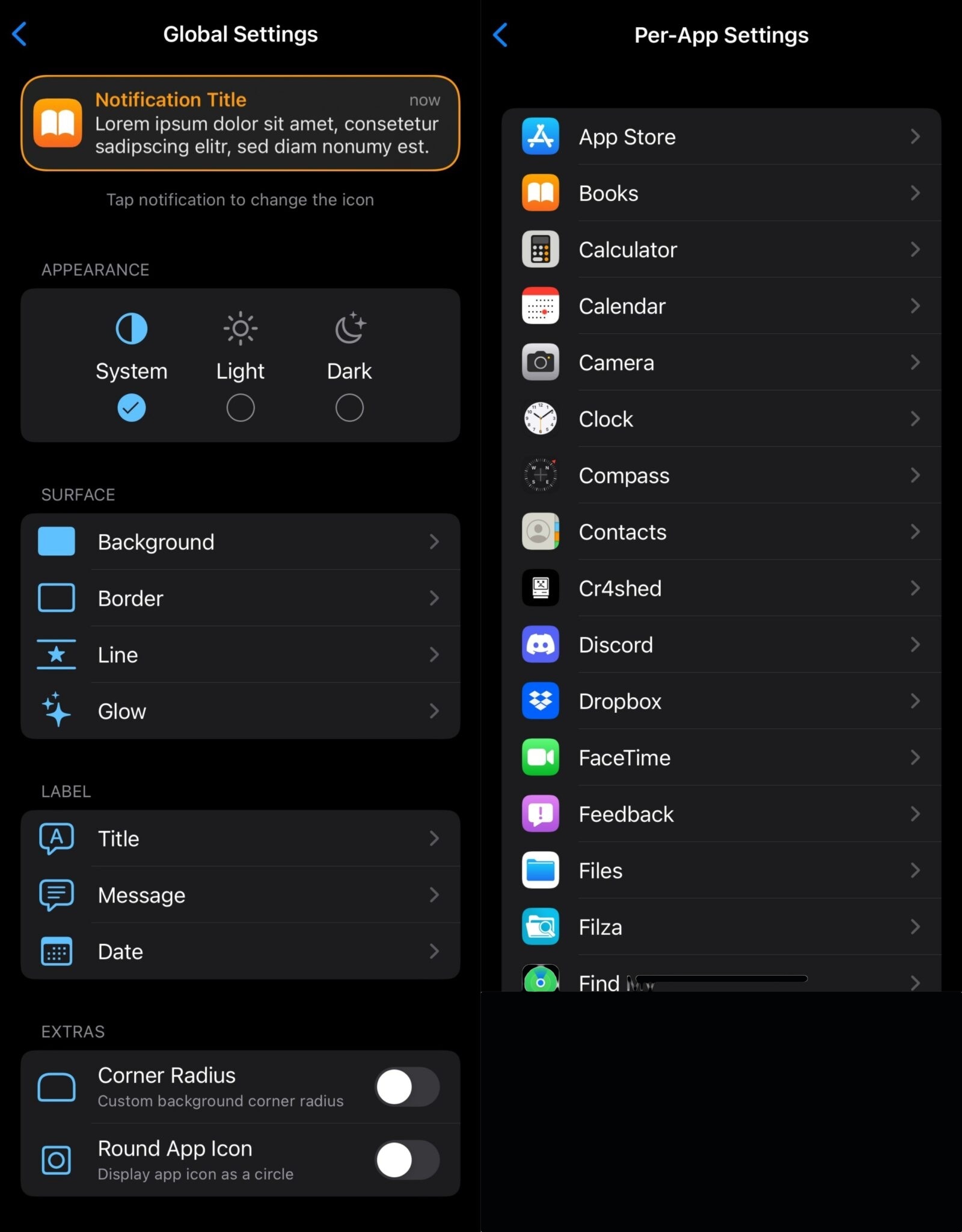 Digging deeper into the meat and potatoes of the preference panes, you can see there’s a lot going on here: 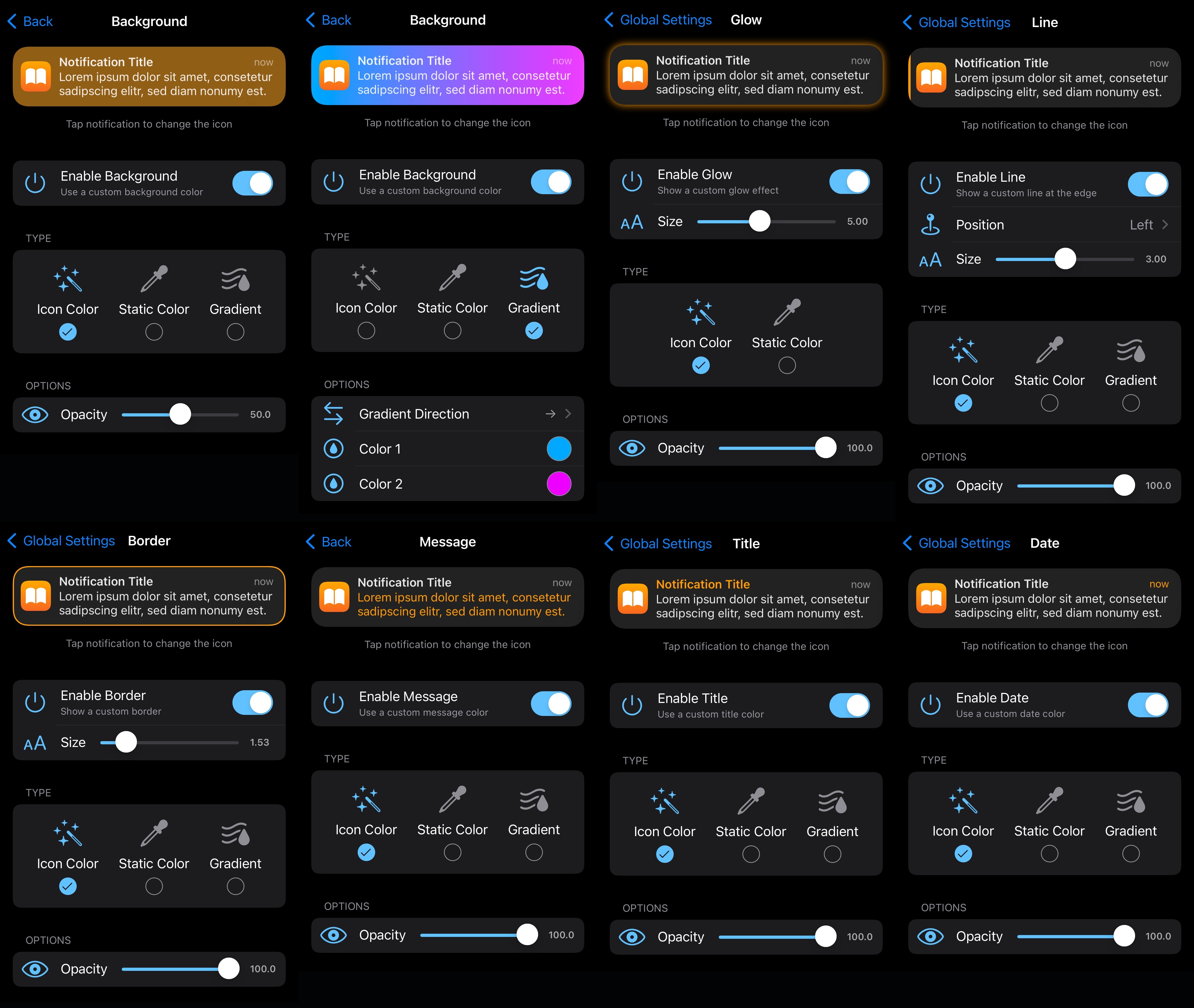 It’s worth saying that the developer says all changes take effect on the fly without the need to respring your device. This means you can see all your changes in real time with no wait, and this is assisted by the live preview at the top of each preference pane shown above.

If you’re interested in trying Velvet 2 out for yourself, either for customization purposes or to make important notifications pop from all the noise of every other notification you get, then you can purchase it for $2.99 from the Chariz repository via your favorite package manager app. If you already own the original Velvet jailbreak tweak for iOS or iPadOS 13 or 14, then you get a discounted price of $1.99 to get your hands on Velvet 2. Please note that Velvet 2 is only compatible with jailbroken iOS & iPadOS 15 devices.

Note: Currently, only the palera1n and XinaA15 jailbreaks support iOS & iPadOS 15, and both are currently only intended for developers.

Do you plan to customize your handset’s notification banners with the new Velvet 2 jailbreak tweak? Let us know in the comments section down below.