You might soon have to get a paid YouTube Premium subscription, which costs $12/month, just to watch videos in 4K resolution on your computer or tablet.

UPDATE: On October 17, 2022, Google ended this test that made 4K a premium feature. “We’ve fully turned off this experiment,” reads the announcement on YouTube’s Twitter account. “Viewers should now be able to access 4K quality resolutions without Premium membership.” Importantly though, Google hasn’t shared what it’s learned from this test, how many people participated, which percentage sactualyl subscribed to Premium to watch videos in 4K and so on. 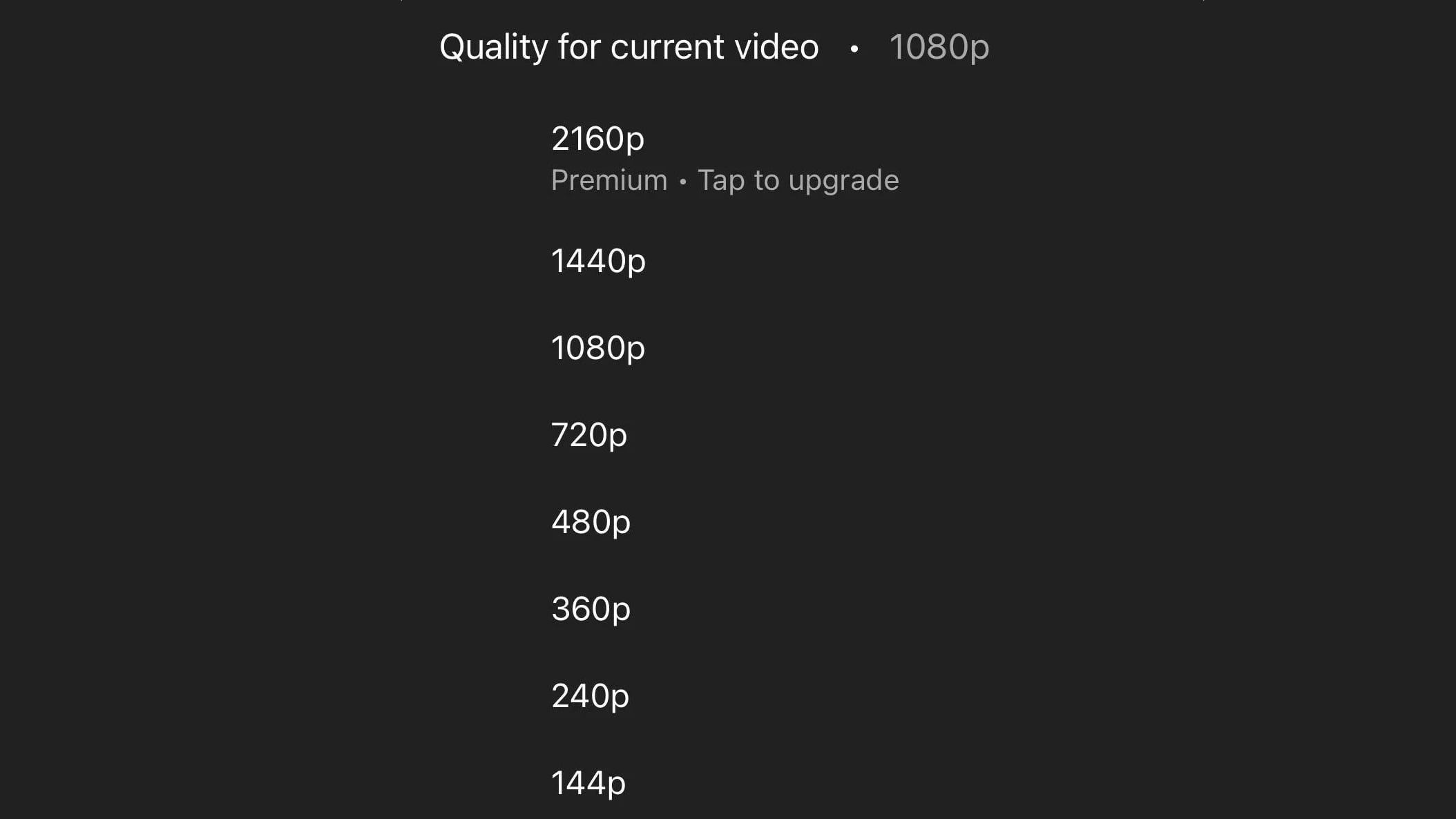 People who have been included in these tests took to Twitter and Reddit to report that they’re being asked to upgrade to YouTube Premium to enjoy clips in the 2160p (4K) resolution on their computer or tablet.

The scope of this test is unclear so we currently don’t know which platforms, devices and countries are seeing this test and could be affected should Google choose to implement this policy.

Affected users reported seeing this message in the mobile YouTube app on iOS and Android, as well as in the desktop interface at youtube.com.

So, after testing up to 12 ads on YouTube for non-Premium users, now some users reported that they also have to get a Premium account just to watch videos in 4K. pic.twitter.com/jJodoAxeDp

Google has been offering this subscription for years now. People ignored it at first as no one in their right mind wanted to pay Google money just to ditch ads on YouTube.

But after YouTube increased the number and frequency of ads on videos and people got increasingly annoyed, suddenly YouTube Premium looked like a great deal—what’s twelve bucks each month in exchange for the many minutes of your life wasted on YouTube ads? Read: How to not overpay in YouTube Premium

In September 2021, Google said that YouTube Premium and YouTube Music passed a combined 50 million subscribers last September. Naturally, we hope Google never locks features like high video resolution behind the YouTube Premium subscription. But the very fact that this is now being tested has us doubting.