It’s not uncommon to see developers bolstering the security of jailbroken devices, and that’s exactly what we’re seeing today with the release of a new and free jailbreak tweak called ProtectedBrowser by iOS developer Ginsudev. 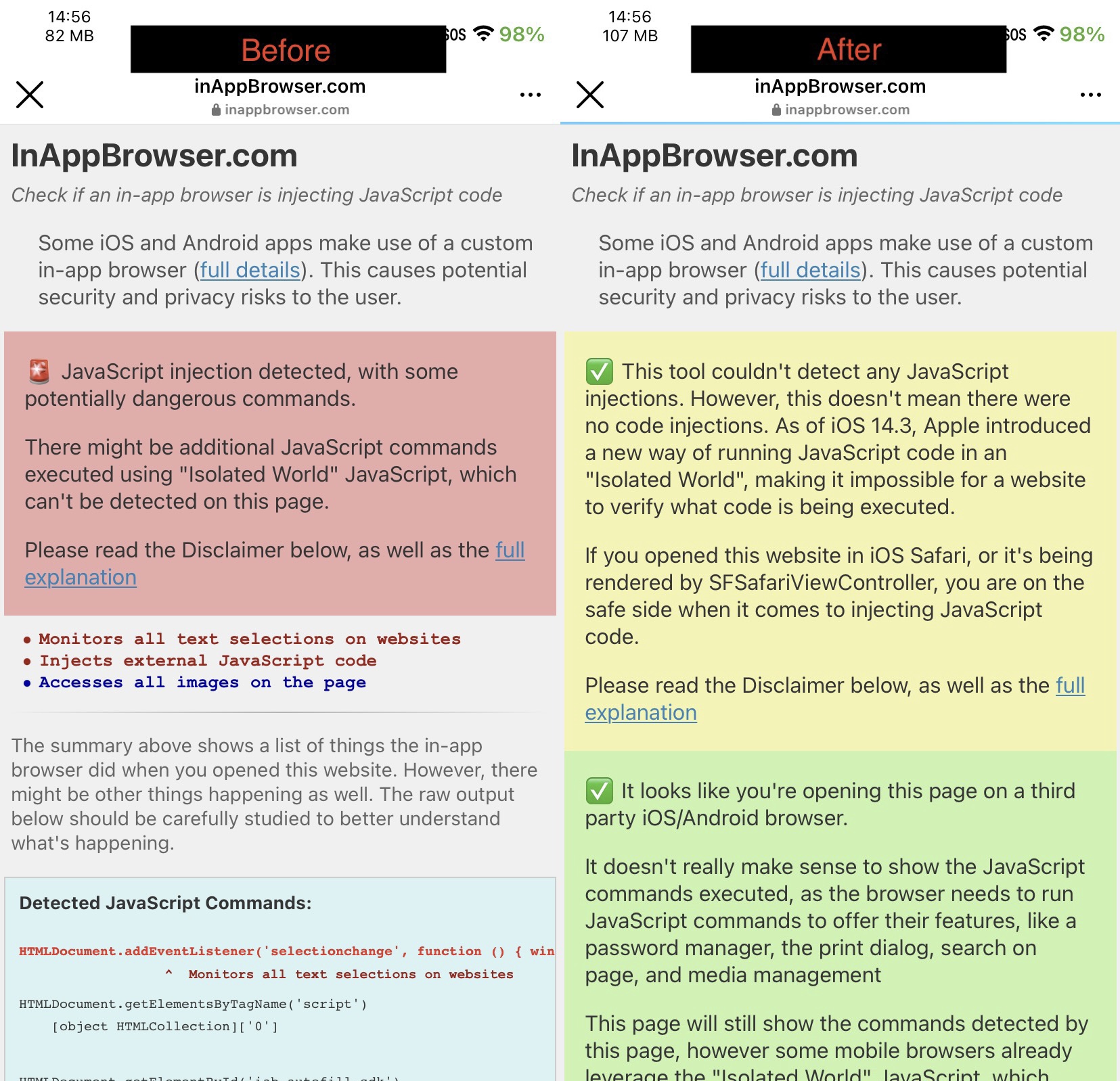 In a nutshell, ProtectedBrowser prevents dangerous JavaScript injection that has been discovered in third-party in-app browsers such as those found in apps like Instagram, TikTok and many others.

Obviously, rogue code of any form has the propensity to cause harm, especially when it’s being deployed on a device that holds personal information. Hackers often exploit these kinds of holes to steal identities, logins, or to invasively snoop on your activities.

As you can see in the screenshot examples above, a web detector checks to see if JavaScript is being injected both before and after installing ProtectedBrowser, and it’s evident that it stops when Ginsudev’s new jailbreak tweak is installed, which can help prevent you from calling victim to malware online.

If you’re interested in protecting yourself from unwanted JavaScript injection while using an app’s third-party in-app browser, then you can download ProtectedBrowser for free from Ginsudev’s personal repository via your favorite package manager app. The tweak supports jailbroken iOS 14 devices and is open source on the developer’s GitHub page.

Anyone who isn’t already using Ginsudev’s personal repository can add it to their package manager app using the URL that we’ve provided below:

What are your thoughts regarding the new ProtectedBrowser jailbreak tweak? And do you plan to install it to protect yourself from rogue JavaScript code in third-party in-app browsers? Let us know in the comments section down below.