YouTube regularly implements new features into its iOS & iPadOS apps as experiments, and sometimes, those features are only made available to a small subset of users around the world while the experiment takes place. In other words, some users may see those new features, while others don’t. 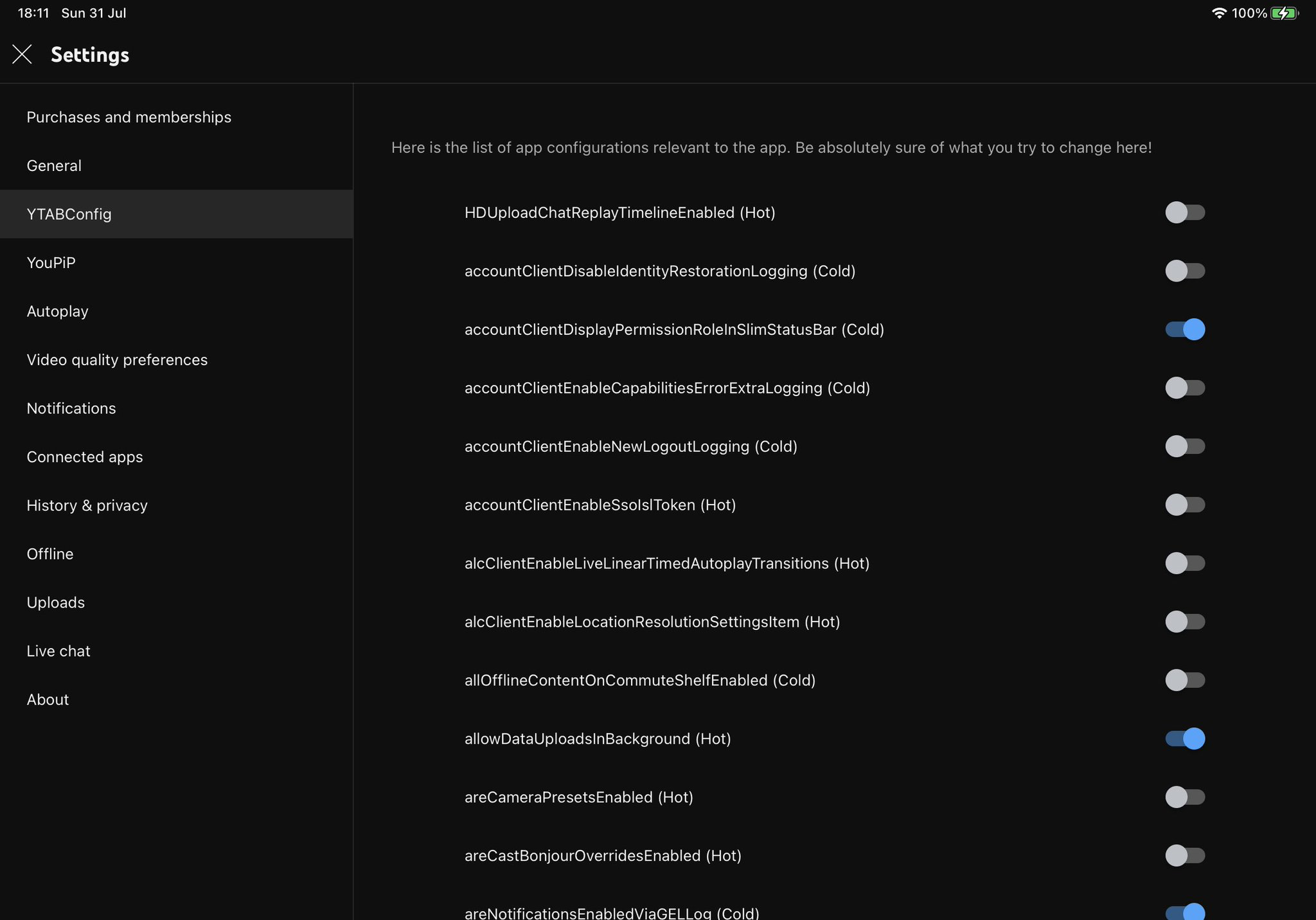 iOS developer PoomSmart has just released a new and free jailbreak tweak called YTABConfig that lets users dive into the list of experimental YouTube app features they may or may not already be taking advantage of. The tweak adds a dedicated panel to the YouTube app exclusively for said features where you can peruse the options.

Citing PoomSmart, there are well over 1,000 features in this list, many of which were already accessible in a previously released tweak dubbed YTABGoodies. YTABConfig now appears to be the official successor of YTABGoodies, which is now an older tweak.

PoomSmart also tells us that because of the advanced nature of these settings, users should only play with them if they know what they’re doing. With that in mind, be sure to read the descriptions carefully, or you might find yourself changing something you don’t like.

With well over 1,000 options to configure, it would be a good idea to keep a list somewhere of the changes you make so that you can easily reference and change them back again in the future.

Those who want to go hands-on with the new YTABConfig tweak can download it for free from PoomSmart’s personal repository via their favorite package manager app. The tweak supports jailbroken iOS & iPadOS 14 devices and the latest version of the YouTube app, which at the time of this writing is v17.29.3.

If you’re not already using PoomSmart’s personal repository, but you’d like to, then you can add it to your package manager app of choice by using the URL that we’ve provided below:

Will you attempt changing your YouTube app’s behavior with the new YTABConfig tweak? We’re excited to read all about your thoughts on the matter in the comments section down below.