The Odyssey Team has pushed another fresh update for its iOS & iPadOS 14.0-14.3-based Taurine jailbreak tool, officially bringing the version number up to 1.1.6. 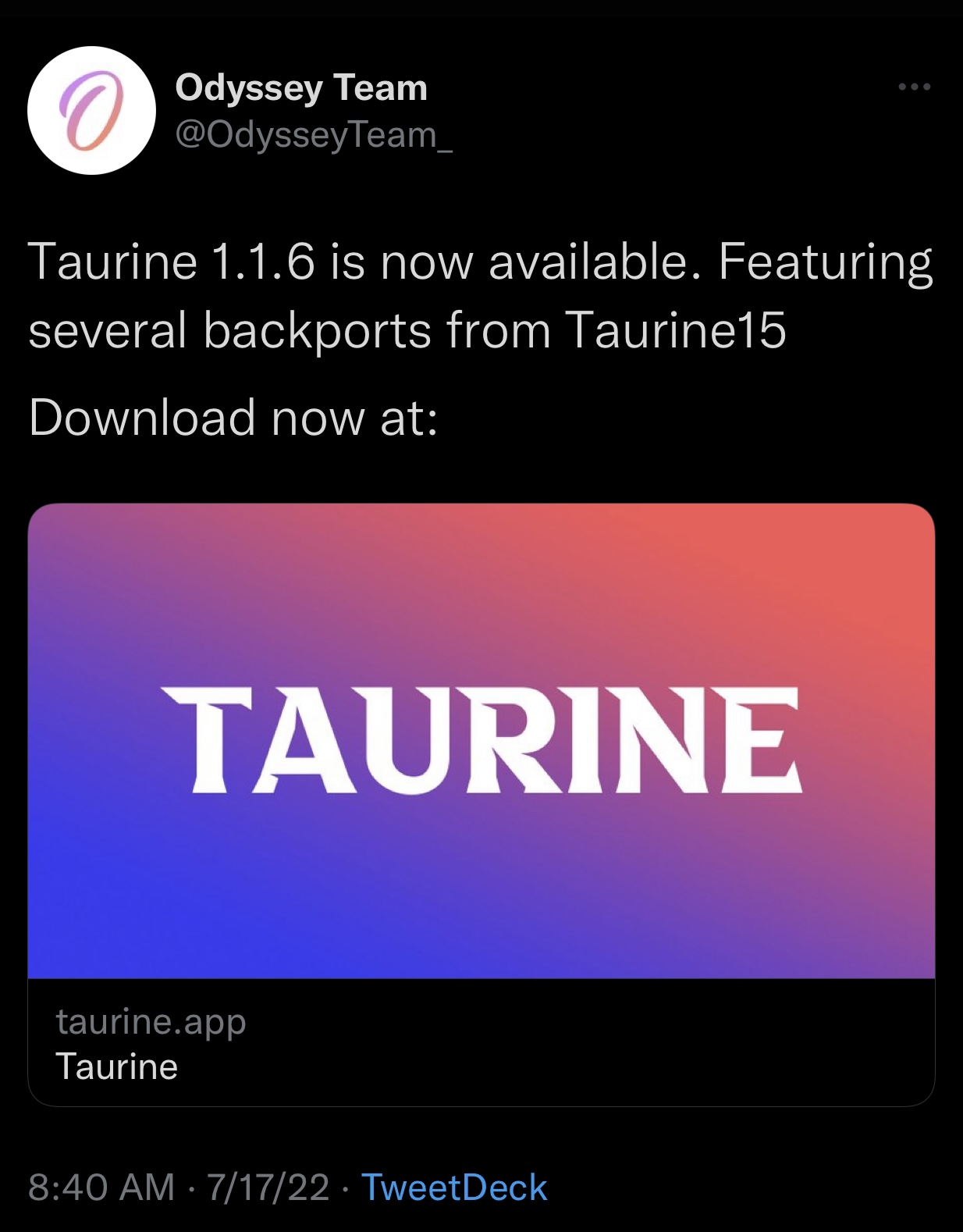 The term backporting in this case simply means that the Odyssey Team found a better way to do something in their latest and upcoming jailbreak tool and decided to bring that same methodology to an older jailbreak tool.

The direct impact of these changes isn’t discussed or we’ll understood, however as the Odyssey Team found it important enough to backport and release a new version of Taurine for, we can only assume it’s a positive change for end users.

The Taurine jailbreak tool for iOS & iPadOS 14.0-14.3 is available as a free download from the official Taurine.app website and is recommended for all users. If you’re not already using Taurine, then you can follow the steps in our tutorial to get started with the jailbreak for the first time.

Have you downloaded and deployed the latest version of the Odyssey Team’s Taurine jailbreak tool yet? Be sure to let us know in the comments section down below.