Twickd, a major repository used by jailbreak developers for hosting jailbreak tweaks and other add-ons for use by jailbreakers, just this week announced that it would retire its free PayPal library in August.

According to the announcement Tweet string, the move to stop processing PayPal payments is intended to push jailbreak developers to share their knowledge with the remaining community by making packages free and open-source for others to learn from:

Of course, not all developers will want to make their packages free, and Twickd understands this. Such developers have two options: 1) implement their own payment flow; or 2) move their package to another repository, such as Havoc.

In fact, the Havoc repository was particularly quick to offer a new home to paid jailbreak tweaks following the announcement: 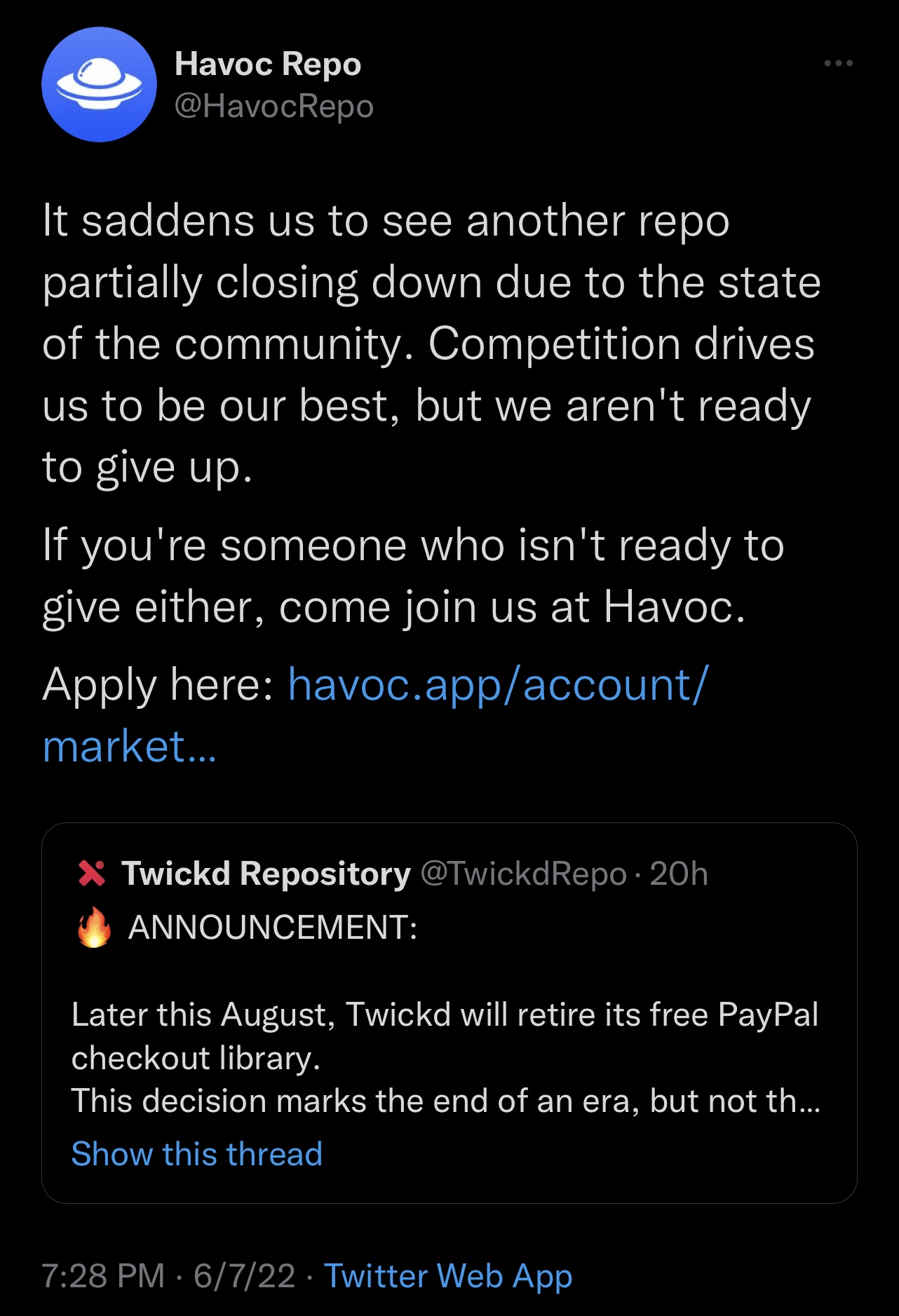 Developers that don’t take one of the aforementioned steps will have their paid packages marked as ‘unavailable,’ by the Twickd repository since new purchasers can’t submit payments to purchase packages without a payment flow implementation.

Jailbreakers who already own paid packages on the Twickd repository can continue to download those packages via their Twickd account indefinitely, however starting in August, new purchases won’t be possible via a Twickd account.

To clarify, the Twickd repository isn’t shutting down, it’s merely removing itself as the middleman for accepting payments for paid jailbreak tweaks. Free tweak submissions will still be accepted, as will paid submissions if the developer offers their own payment flow.

Other major repositories have been effectively s archived in recent memory, such as Dynastic Repo and Packix. These repositories have stopped accepting new submissions, while continuing to host free packages that were already available. The Havoc repository rose from the ashes of Packix to offer a new home for jailbreak tweak developers to host packages.

It will indeed be interesting to see what becomes of other repositories amid the continued wait for a current jailbreak.