Apple’s big WWDC keynote is underway, and the company is in the midst of announcing a number of changes and improvements coming to iOS 16. Among them is a big update for the Wallet app which includes new ID interactions, expanded smart key support, and a new Pay Later feature.

Apple Pay later is the headliner here. It allows the user to break up the full purchase price of an item (or items) into 4 equal monthly payments. Users can apply for Apple Pay Later when they are checking out with Apple Pay, or in Wallet. It works everywhere Apple Pay is accepted online or in-app, using the Mastercard network. There are already a few companies that provide a similar service, but having it built-in to Apple Pay will have major implications. 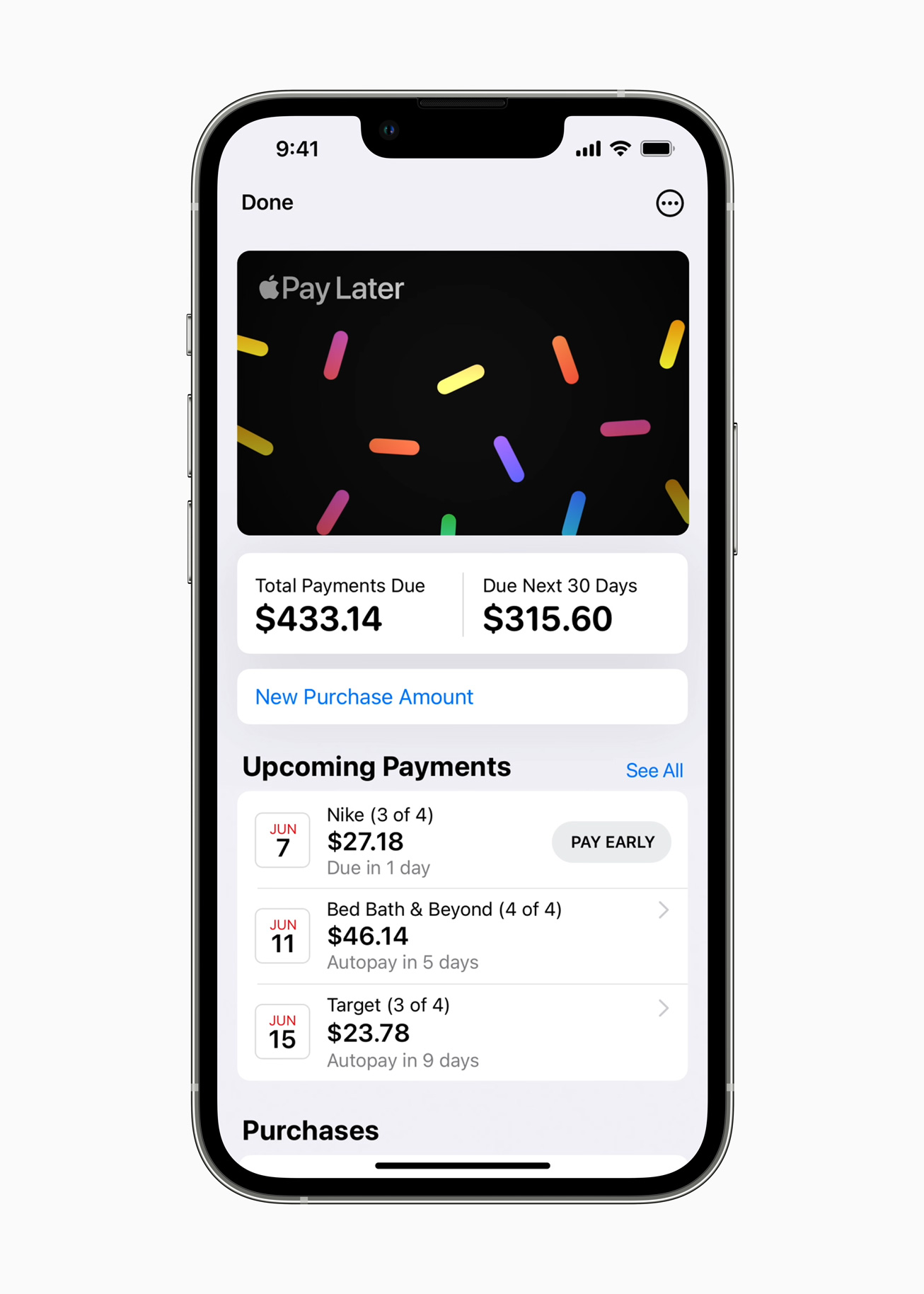 Additionally, with Apple Pay Order Tracking, users can receive detailed receipts and order tracking information in Wallet for Apple Pay purchases with participating merchants. They will also be able to track, manage and repay their Apple Pay Later orders from within Wallet.

As for the expanded keys and ID support, Apple says users will be able to authorize apps to use their ID in Wallet (currently only supported in select states) for things like age verification and identity. Users will also be able to share their home, hotel, office and cary keys in Wallet through messaging apps.