It has been a bit of time now since Apple officially launched its digital car key feature. With it, eligible iPhone and Apple Watch owners can store their car key digitally, allowing them to lock, unlock, or even start their car without having their physical car key on them. Right out of the gate BMW was the first auto manufacturer to jump on the bandwagon, but there is always room for more companies to join in on the fun. And to give paying customers more features, of course.

And it looks like a couple of new automobile companies will be doing just that, based on a recent report from MacRumors. The publication states that both Hyundai and BYD are going to support Apple’s digital car key feature (also known as “CarKey“) in the near future. Apple has apparently been laying the groundwork to support eligible models from both of these companies recently, suggesting that a public launch could be in the cards for sooner rather than later. However, at the time of publication it remains unknown which models will support the digital car key feature.

Hyundai jumping on board simply makes sense, because two other brands associated with the company are already on board. Last year, for instance, it was confirmed that select automobiles from both Genesis and Kia offer up support for the digital car key feature. And that other models would support the feature down the road as well. Genesis is the luxury brand under the Hyundai flag, while Hyundai owns the largest stake in Kia. It’s why so many Hyundai and Kia models share similar elements, while still managing to look distinct enough to warrant two different companies.

It’s been expected that both Hyundai and Genesis would offer up support for Apple’s digital car key feature by sometime this summer. However, there have been no public announcements made at this point. So while the expectation and groundwork might be there, anything is possible and things could change. Still, for owners of newer model year Genesis, Hyundai, and Kia vehicles, this could certainly be pretty exciting news. 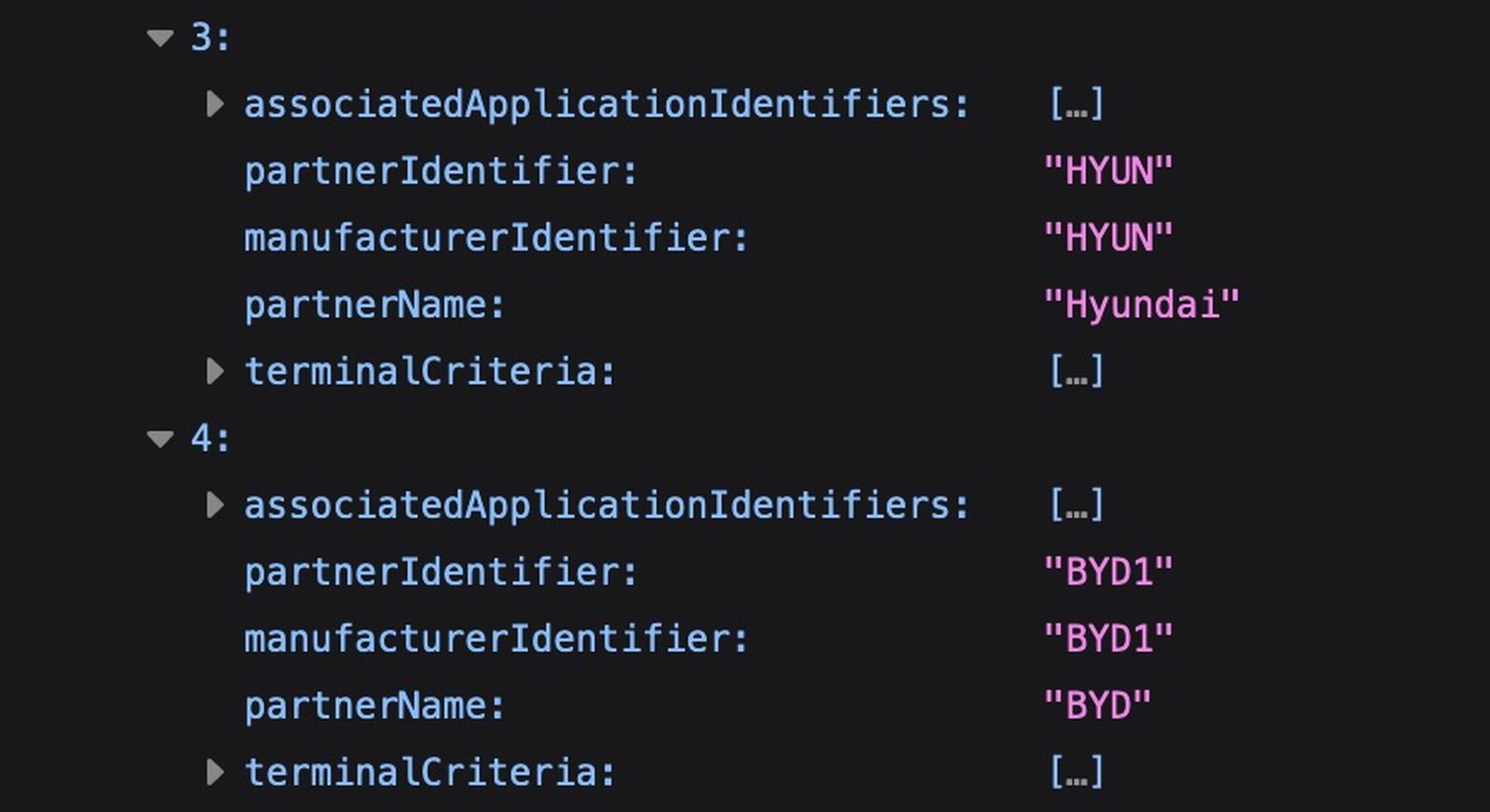 As for BYD, it’s an automobile manufacturer based out of China, but one that has its sights set on expanding to other markets down the road. The company is mainly focused on all-electric and plug-in hybrid vehicles at this point.

Are you hoping your vehicle gets support for Apple’s digital car key feature at some point?