Software is ever-changing, and that includes the apps we use on our iPhones — for better or for worse. 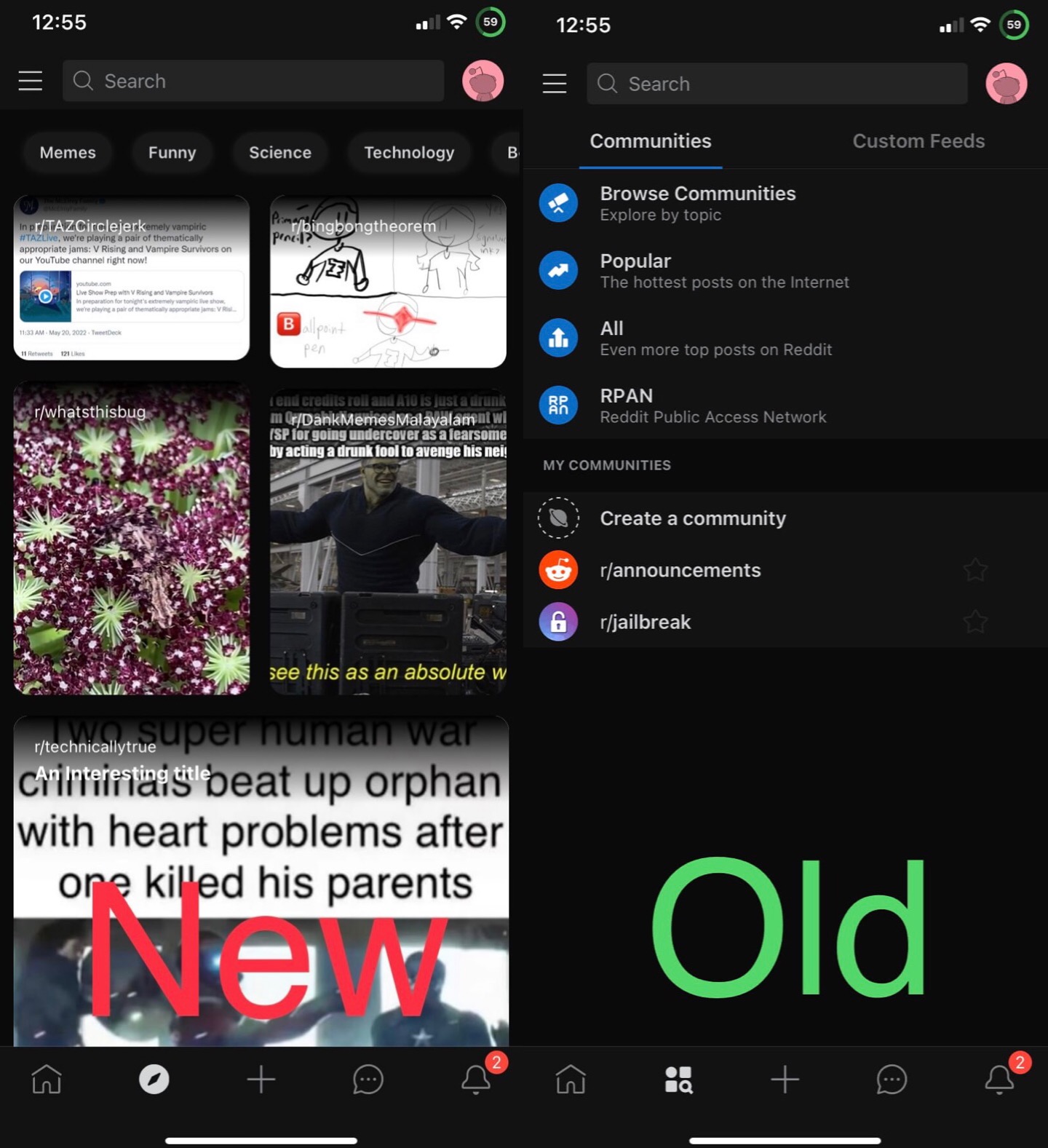 One thing that certainly seems to have made a sharp turn into the worse territory is the official Reddit app, which received sharp criticism from users over the past several months for the new Discovery tab and it’s terrible layout.

Now, iOS developer level3tjg is out with a free jailbreak tweak dubbed RedditOldDiscovery that reverts the Reddit app to how it was, effectively ridding users of the nuisance user interface that doesn’t seem to be all that popular.

While some users have undoubtedly embraced the new Discovery tab, those users won’t need to install the new RedditOldDiscovery tweak and their app will remain the same. For those who’ve developed an intolerance to the new interface, the tweak will be a godsend.

Those who’d like to give the new RedditOldDiscovery tweak a try can download it for free from level3tjg’s personal repository via their favorite package manager app. Please note that the tweak is only intended for jailbroken devices running the official Reddit app.

Those not already using level3tjg’s personal repository can add it to their package manager app by using the URL provided below:

Do you plan to try the new RedditOldDiscovery tweak, or are you happy with the new changes? Let us know in the comments section down below.