It’s no secret that friends play pranks on one another. It can be one of the best ways to get a laugh out of someone, as long as they don’t take things too seriously.

With Insta, you’re going to be able to make it look like a celebrity is messaging you from the Instagram app. By tapping and holding on a celebrity’s username in the app, you can then tap on an option to launch a fake chat or tinker with Insta’s settings:

From the Settings, you can enter a bogus number of followers, choose a fake video to play during a video chat, set your username, configure delays, auto-save chats, and configure following between you and the fake account:

The user interface of Insta is pretty straightforward. After configuring the tweak, the messaging or calling interface will display all the data you’ve configured, making it appear as though the celebrity is messaging or video calling you. 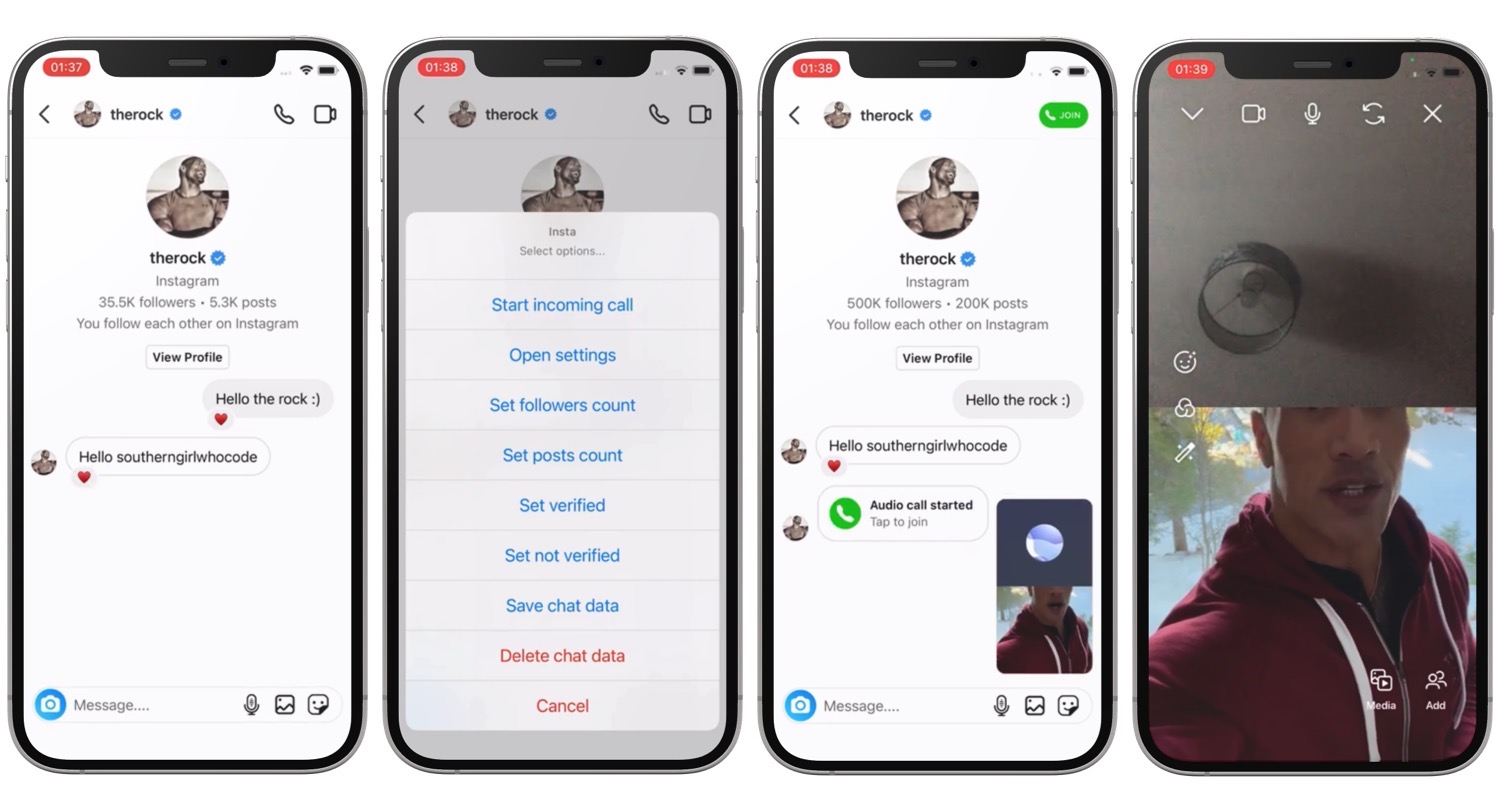 While not everyone is an Instagram user, those who are and who sport a sense of humor might find that using this tweak gets their friends’ attention. And if they figure you out, it’s just another way to say, “and this is why jailbreaking is so cool.”

If you’re interested in trying Insta out for yourself, then you candownload the tweak for free from the Hyperixa repository via your favorite package manager. The tweak supports jailbroken iOS 14 devices with the official Instagram app only.

Those who aren’t already using the new Hyperixa repository can add it to their package manager app by using the URL that we’ve provided below:

Do you have any plans to prank your friends with the new Insta jailbreak tweak? We’re excited to see what you think about it in the comments section down below.