Tons of people, myself included, use online speed tests to verify their internet connection’s download and upload speeds. By far one of the most popular options in this department is the Speedtest.net app by OOKLA. 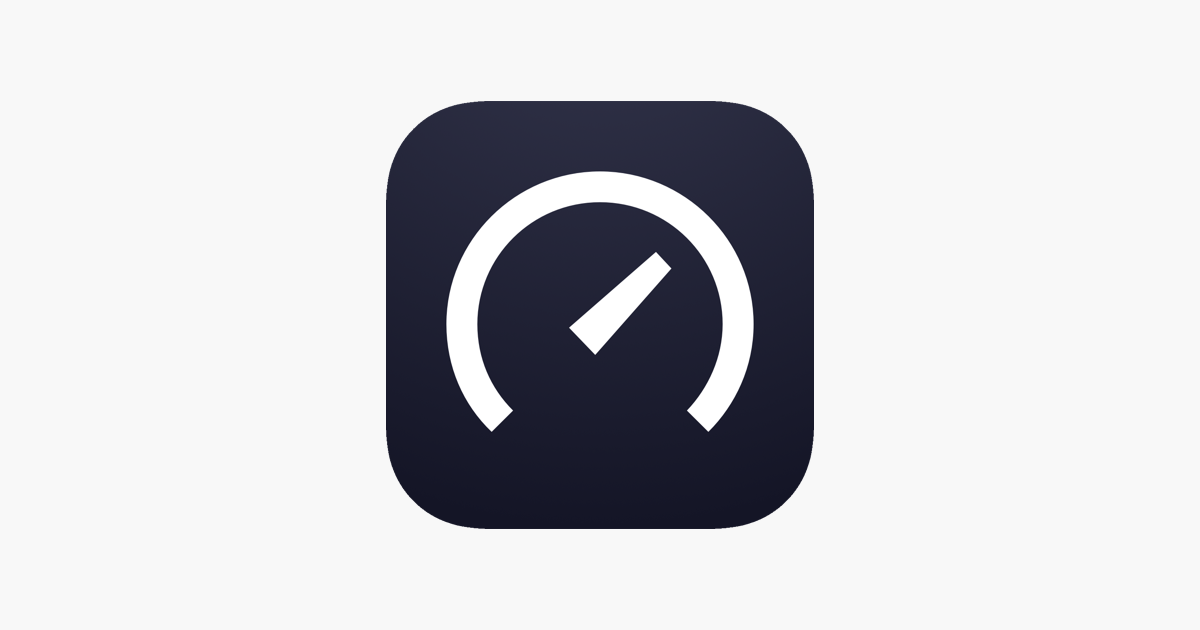 Known far and wide across several platforms, this app is a no-nonsense option for verifying your download and upload speeds, ping, jitter, and even packet loss. But there’s a hidden Easter Egg in the app that unlocks customizable app icons and. a spooky, yet fascinating skin for the app’s speed test interface, among other things.

Despite being around for some time, we realize that not many people know about it. That’s why in today’s tutorial, we’ll show you all about that Easter Egg and how to unlock it using the app on your iPhone or iPad. So without further ado, let’s get started!

What are the Easter Eggs?

There are actually quite a few of them, but they can all be unlocked in the same way.

A tribute to the company cat

The first of those Easter Eggs is a tribute to the company’s late office cat, which carried the name “Ookla,” hence the name of the company:

After initiating the Speedtest.net app’s Easter Egg, you’ll be presented with a storyline about Ookla. It will explain how the uninitiated should tread lightly, as Ookla was known for being somewhat short-tempered.

At the end, the app asks you to pay a tribute to Ookla. You’ll do this by performing a speed test, and this is where you’ll be introduced to the spooky, yet intriguing speed test interface: 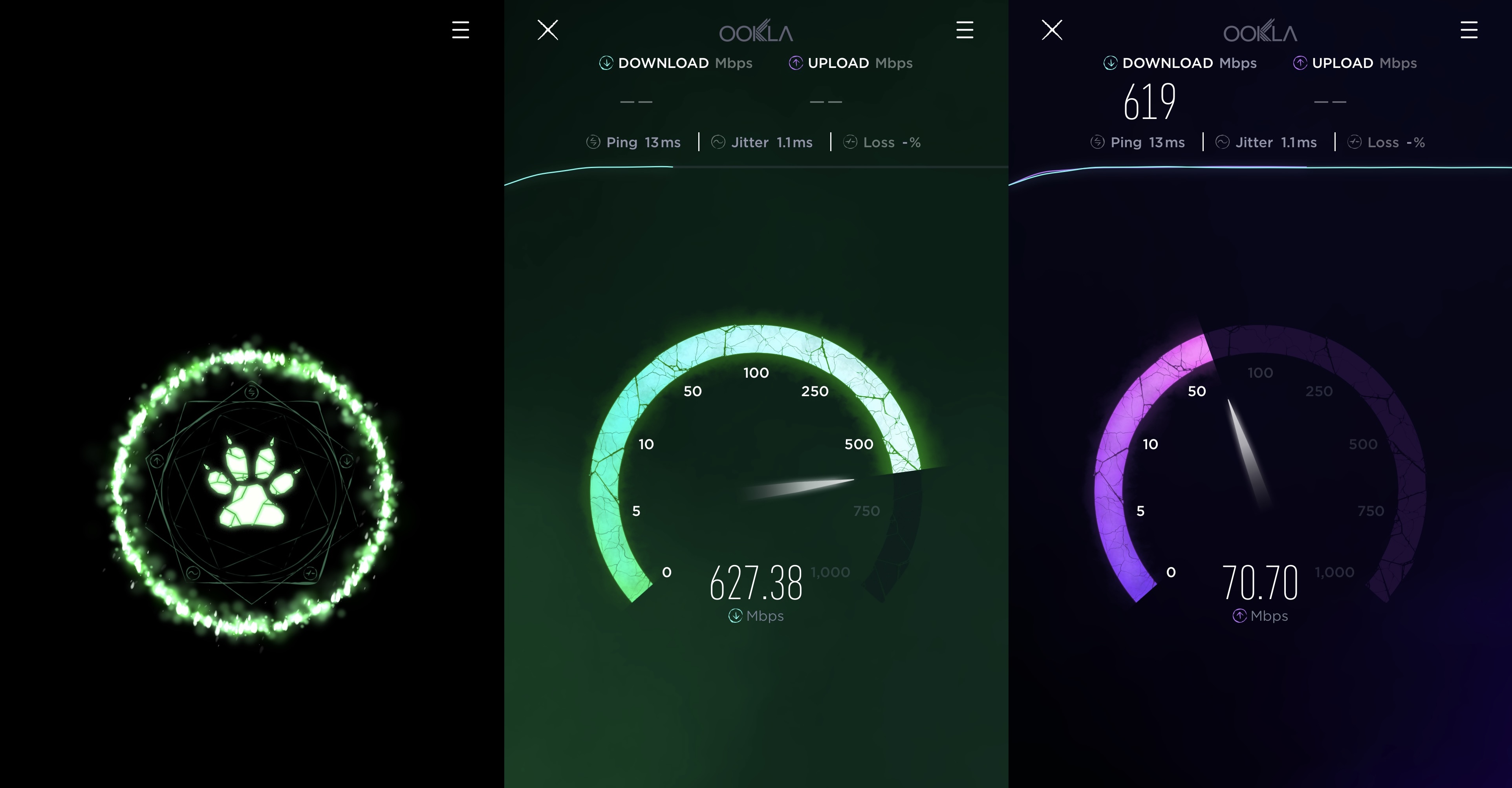 As you can see for yourself, the background depicts a slow-moving mist, while the speed test interface itself depicts a cracked and distressed speedometer with OLED-friendly colors.

Users will also find that accessing this interface unlocks several different custom icons for the Speedtest.net app, which you can apply on demand: 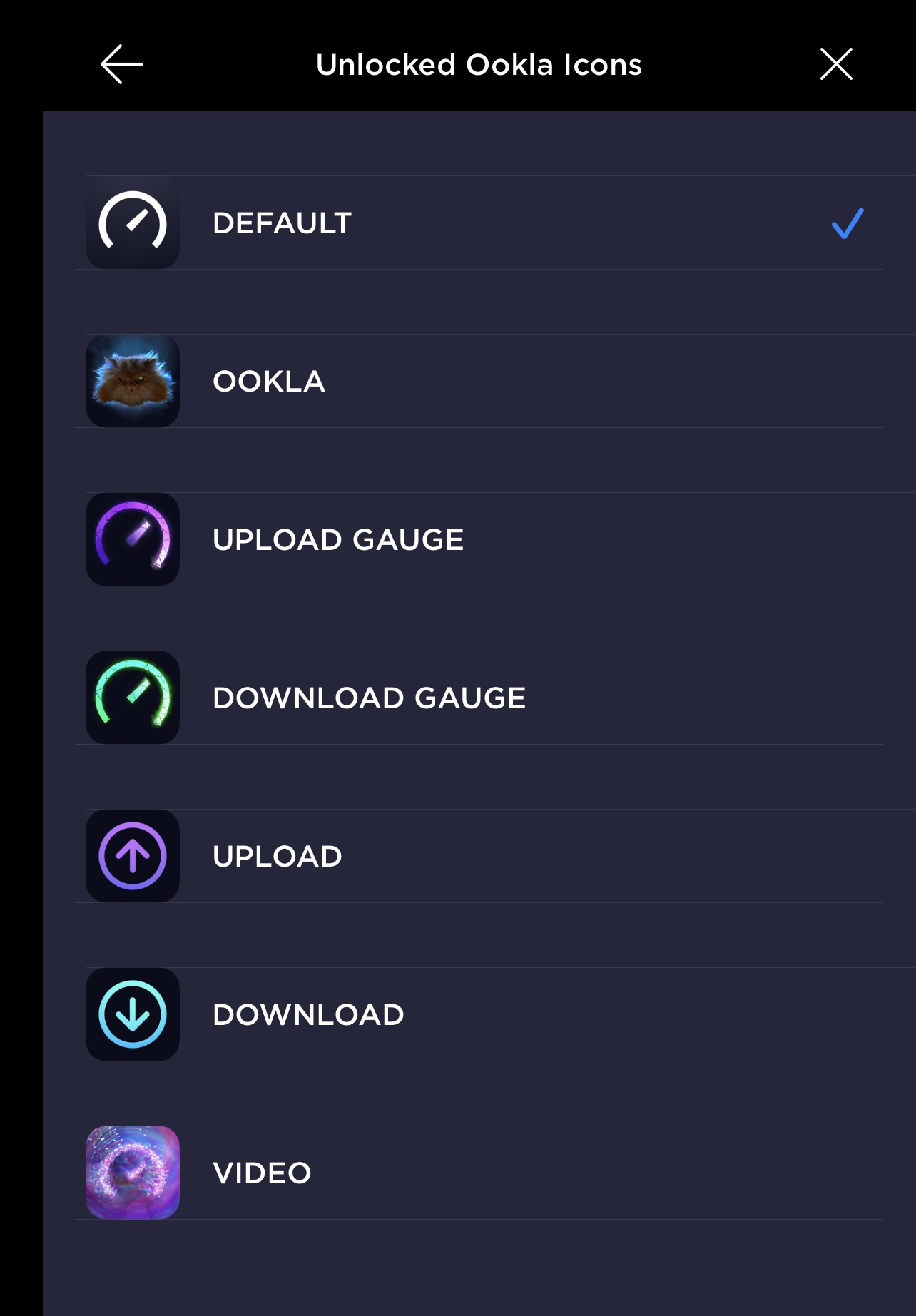 There are other Easter eggs, however unlocking them requires all Speedtest.net app users to continuously pay tribute at least once per day. Currently, it seems the next Easter Egg will be a set of Ookla- themed wallpapers, while the final Easter Egg remains a secret as of now.

How to unlock the Easter Eggs

If you haven’t already unlocked the Speedtest.net app’s Easter Eggs, then you’ll be happy to know that doing so is easy. To do it, just follow these steps:

1) Launch the Speedtest app from your Home Screen: 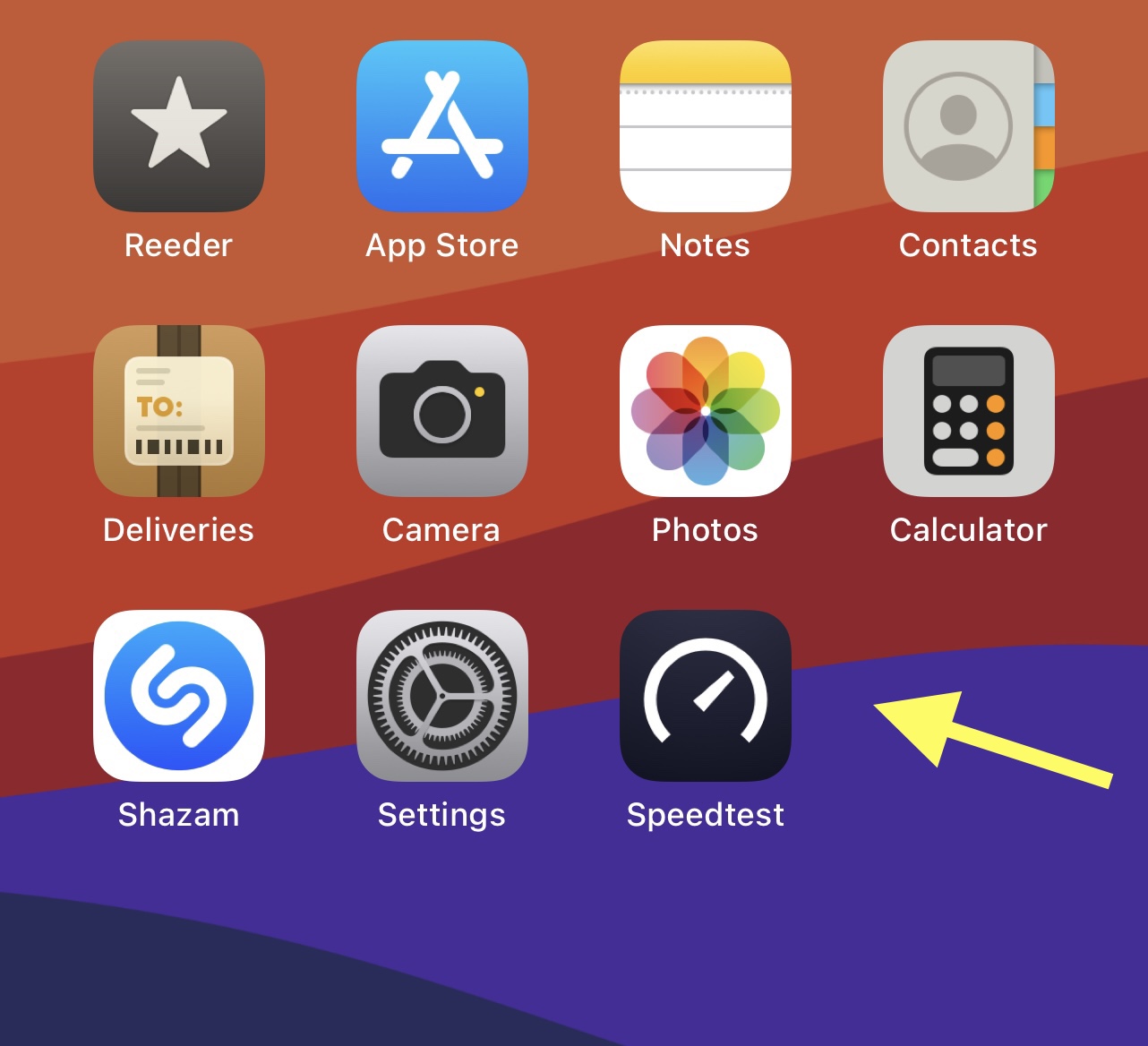 2) Tap and hold on the GO button and don’t let go: 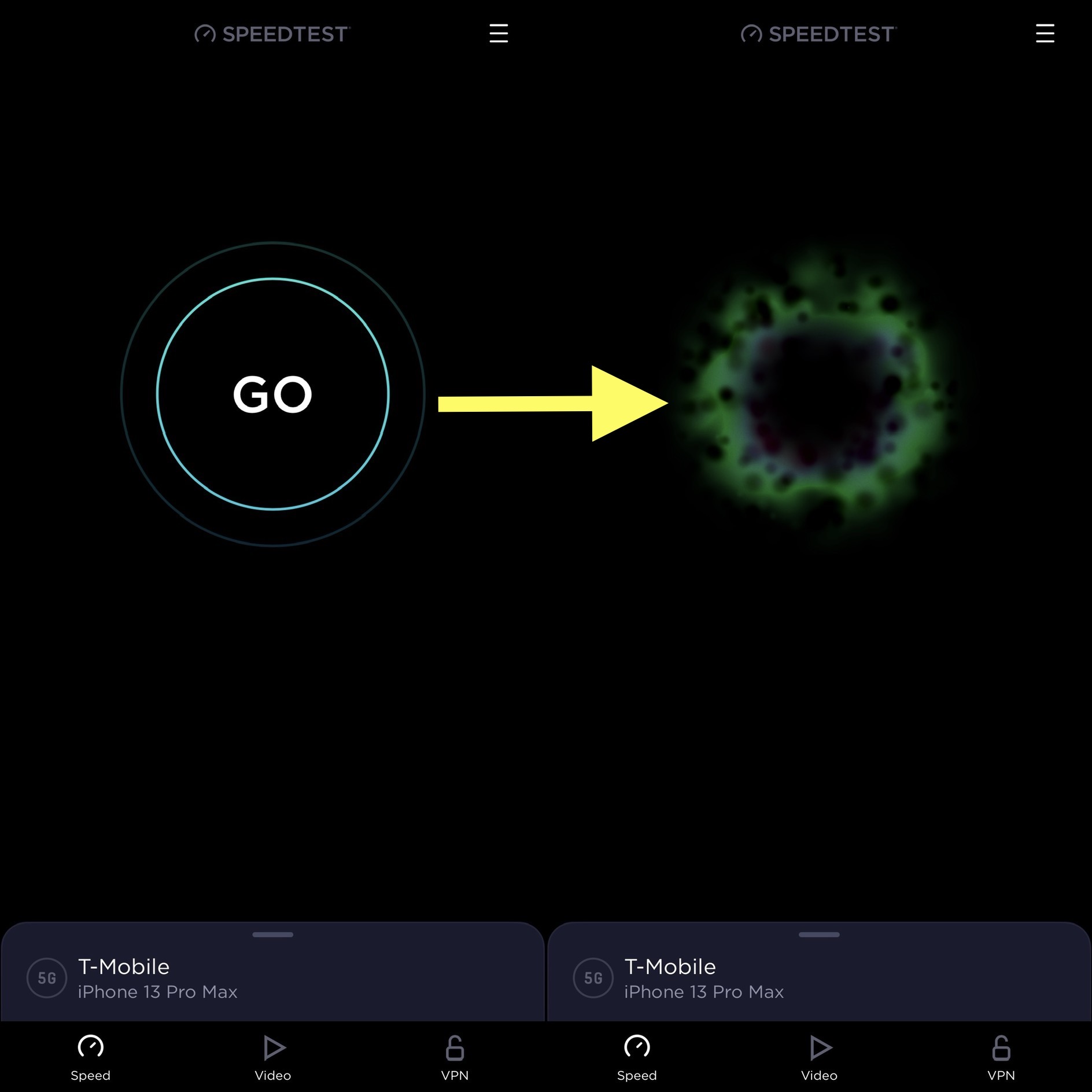 Note: Your iPhone will begin to exhibit slow heartbeat-like haptic feedback, and it will intensify the longer you hold. A visual effect like the one shown above will also appear. Keep holding, and Ookla the cat will appear in a zombified form.

3) Read through the prompts or tap the fast-forward button to skip them.

4) When ready, perform a speed test by tapping the GO button on the spooky interface: 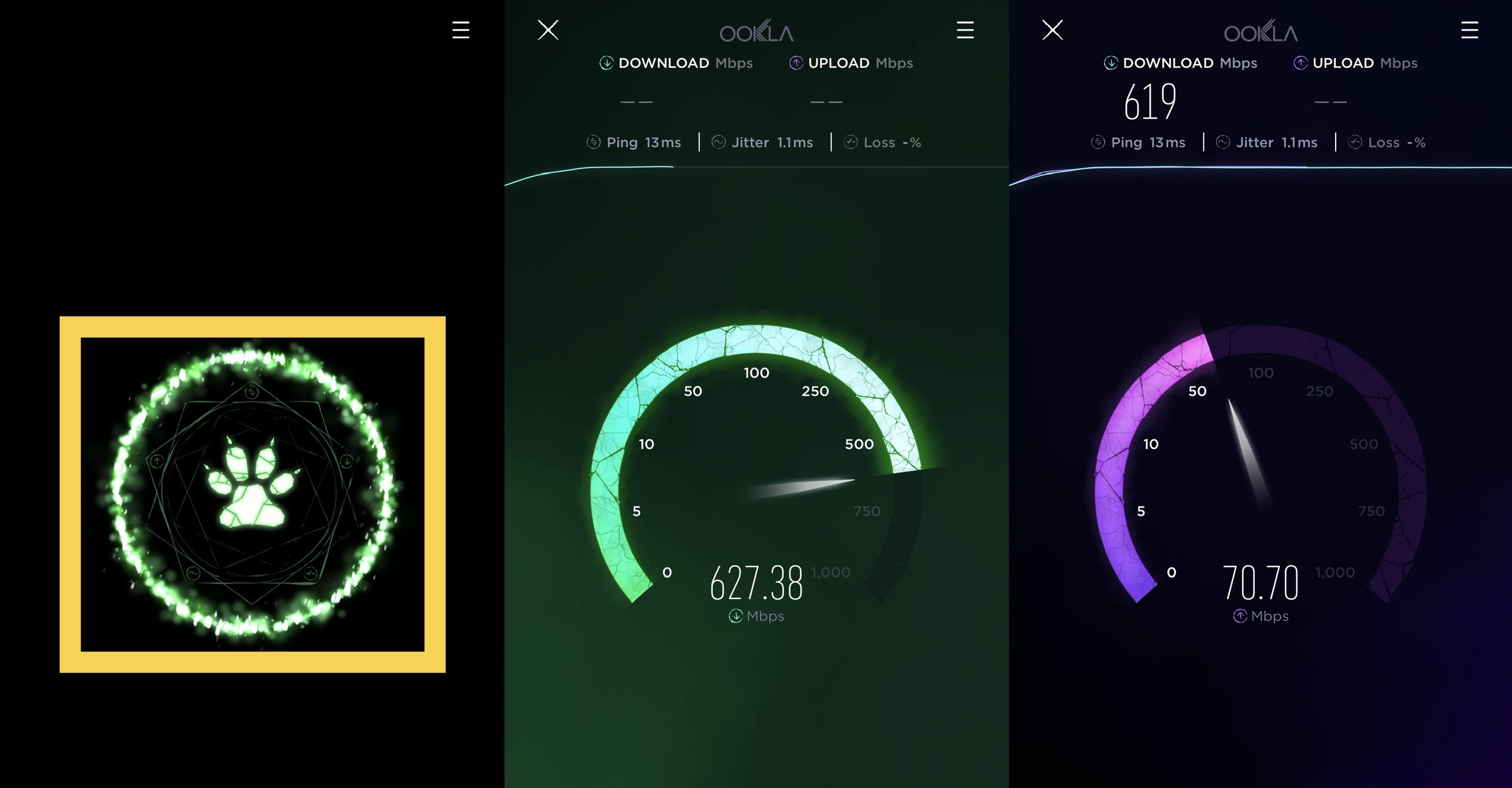 After the speed test completes, you’re shown a progress indicator depicting how far along you and fellow Speedtest.net app users are toward unlocking future Easter Eggs.

And that’s it! You should now be able to choose from custom speed test interface skins and app icons on demand from the Speedtest.net app’s Settings: 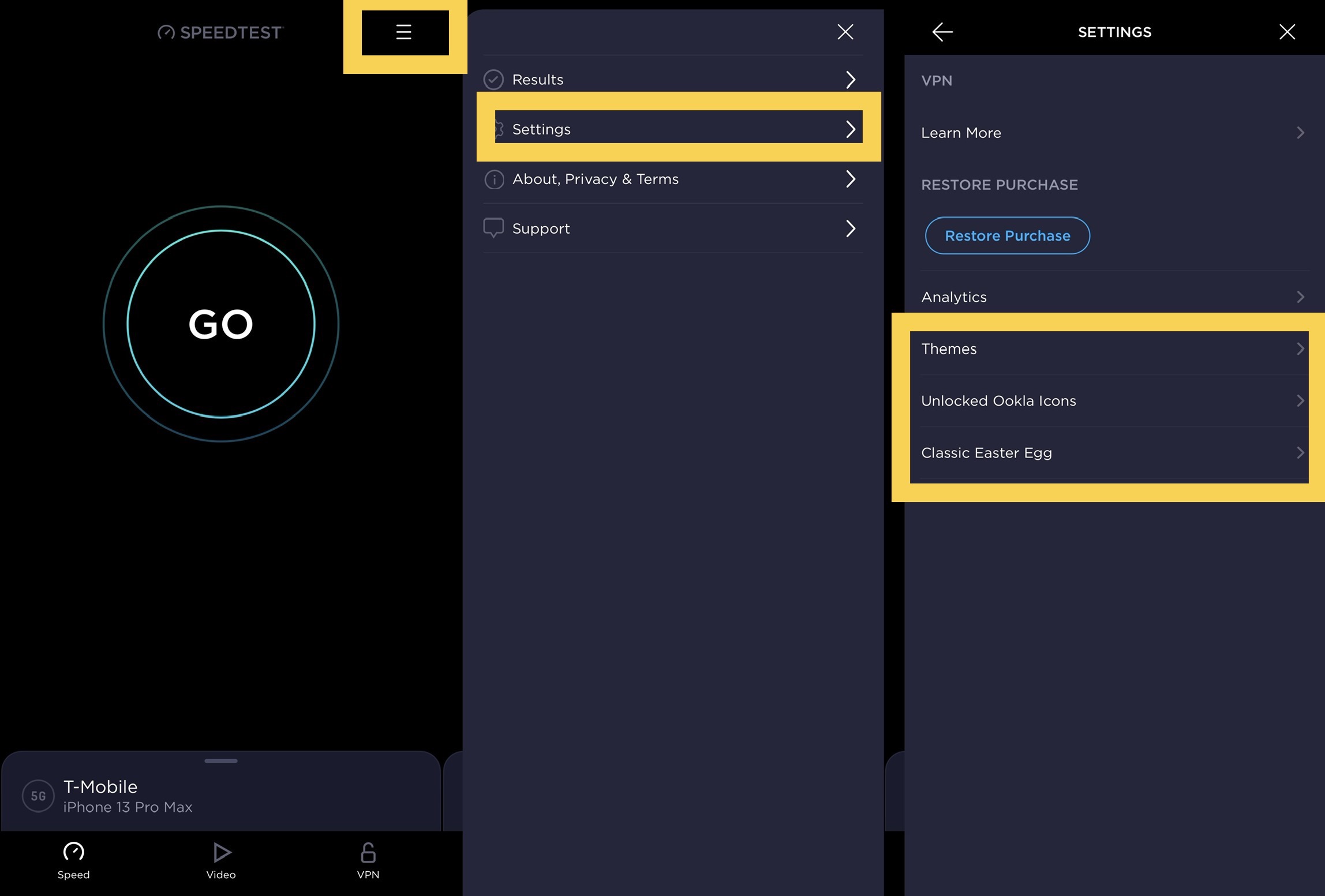 These Easter Eggs aren’t exactly new to the app, but lots of users still don’t seem to know about them.

By spreading the word, we can collectively get more Speedtest.net app users to participate in the tribute paying in order to unlock additional Easter Eggs in the app, so be sure to share this with others!

If you’re not already using the Speedtest.net app, then you can download it for free from the App Store.

Have you unlocked the hidden Easter Eggs in the Speedtest.net app yet? Be sure to let us know in the comments section down below.