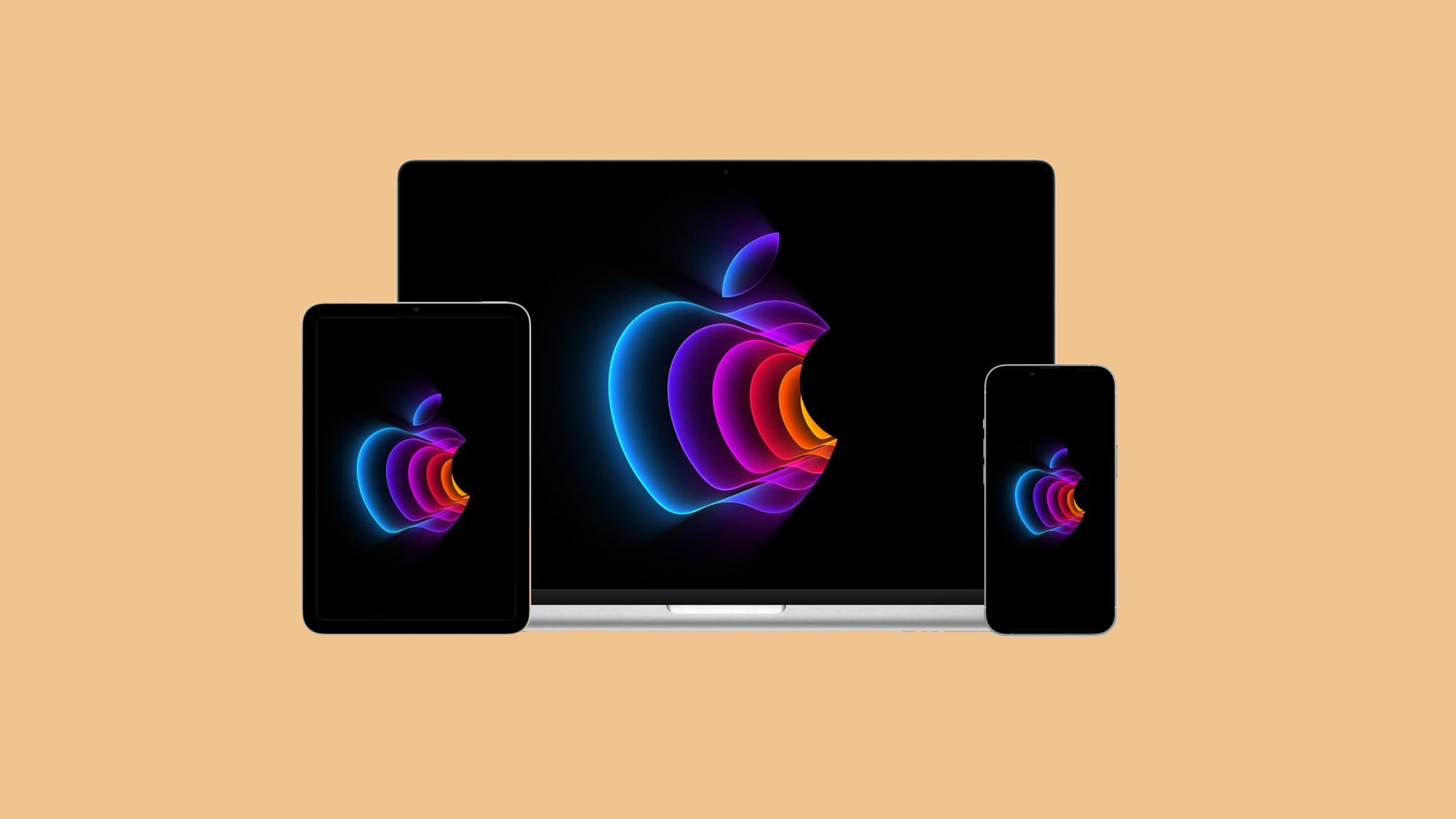 Answering the call for the iDB Wallpapers of the Week community, @BasicAppleGuy, a new staple addition to the background gallery, quickly submitted this design. Taking cues from the actual invitation, the #000000 True Black background is perfect for OLED screen iPhones. Given the all black background, that part of your iPhone screen will actually turn off to give you a perfect black with this amazing popping, multi-colored Apple logo.

The event is said to include new hardware, such as a new iPhone SE with refreshed internals, and a form factor similar to the iPhone 12. Along for the ride could be updated Mac computers, featuring Apple SOC.

Apple Fanboys like to speculate about the meaning of each event invitation, and with this true black background, perhaps it indicates the iPhone SE will switch to an OLED screen. Or, the potential iPad Air could switch to a miniLED screen, which also boasts local dimming zones that try to mimic the all black infinite contrast of the OLED screens.

Regardless, the invitation is simple and fun. The colorful Apple logo makes these Apple Peek performance wallpapers a really fun addition to your wallpaper collection.

Our thanks to BasicAppleGuy for the quick work here and if you like his work, give him a follow on Twitter and visit our BasicAppleGuy curated wallpaper gallery. For even more, visit the BasicAppleGuy blog!

If you love crispy wallpapers (who doesn’t?), make sure to stay close to the iDownloadBlog wallpaper community. Catch up with me via @jim_gresham, where I curate our collection. Follow along for mid-week downloads and sneak peaks of upcoming images.

With new Apple hardware launching soon, there will be incredible new advertising wallpapers used with each new device. We will be scrounging the Internet trying to find these for you! If you nab them, send them my way to be featured in next week’s post event, special edition wallpaper downloads.