A known issue among jailbreakers today is that users of crash-logging apps like Cr4shed will often find an excessive number of crash logs when perusing the app. You might’ve heard these referred to on Reddit and many other communication channels as the infamous ‘jetsam’ issue, but we’ll talk more about that later. 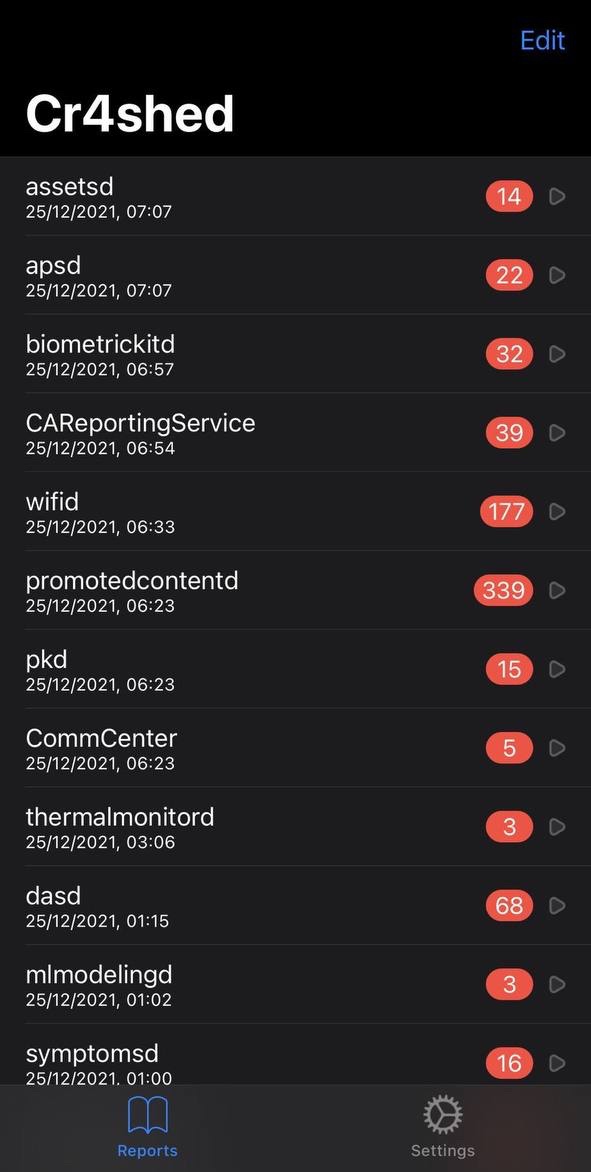 iOS developer MYXXdev™ has released a new and free jailbreak tweak dubbed ShutUpCr4shed® that strives to minimize the number of jetsam-related crash logs that are saved to the Cr4shed app, permitting jailbreakers to focus primarily on the crashes that matter most to them.

So getting back to the jetsam issue – jetsam is fundamentally something that monitors and regulates memory allocation limits for processes in iOS and iPadOS. When when a process exceeds said limits, they’re killed, and when this happens, apps like Cr4shed may log a crash. This can happen repeatedly because jetsam memory limits are set much lower in more recent versions of iOS and iPadOS than in previous versions.

MYXXdev™ explains that jetsam-related crashes aren’t always a bad thing and that it’s normal for certain things to ‘crash’ in this manner due to jetsam regulating memory usage as it sees fit. Lots of times, those ‘crashes’ are just processes being killed because they weren’t being used anymore, and to prevent these false positives from registering as crashes, jailbreaks like Taurine and unc0ver raise the jetsam memory limit to prevent an abundance of so-called ‘crash logs’ that aren’t an actual problem.

Still, many jailbreakers discover more crash logs than they’re comfortable with in the Cr4shed app when their handset isn’t exhibiting any kind of erratic behavior, and this can make troubleshooting more difficult. That’s where ShutUpCr4shed® comes into play. While the tweak doesn’t modify the jetsam memory limit in any way, it does prevent the Cr4shed app from logging jetsam-related crashes, effectively turning a blind eye toward them.

MYXXdev™ believes that the decision to include jetsam-related crashes in the Cr4shed app was a bad idea from the start, and we’d bet that many jailbreakers whose crash log lists are being spammed by harmless jetsam-related crashes would tend to agree with that sentiment. With that in mind, ShutUpCr4shed® seems to offer a workable solution for those impacted.

While not every jailbreaker reports jetsam crash issues, those who are having problems with it can download the new ShutUpCr4shed® tweak for free from MYXXdev™’s personal repository via their favorite package manager app. The tweak supports jailbroken iOS & iPadOS 13 and 14 devices that have the Cr4shed app installed on them.

Those not already using MYXXdev™’s personal repository can add it to their package manager app of choice by using the URL provided below:

What are your thoughts on the jetsam crash issue, and do you plan to use a tweak like ShutUpCr4shed® to silence those potentially benign crash logs? Be sure to let us know in the comments section d own below.