Proponents of the Zebra package manager for jailbroken iPhones and iPads might be excited to learn that a new update has been released this weekend in the form of version 1.1.24. 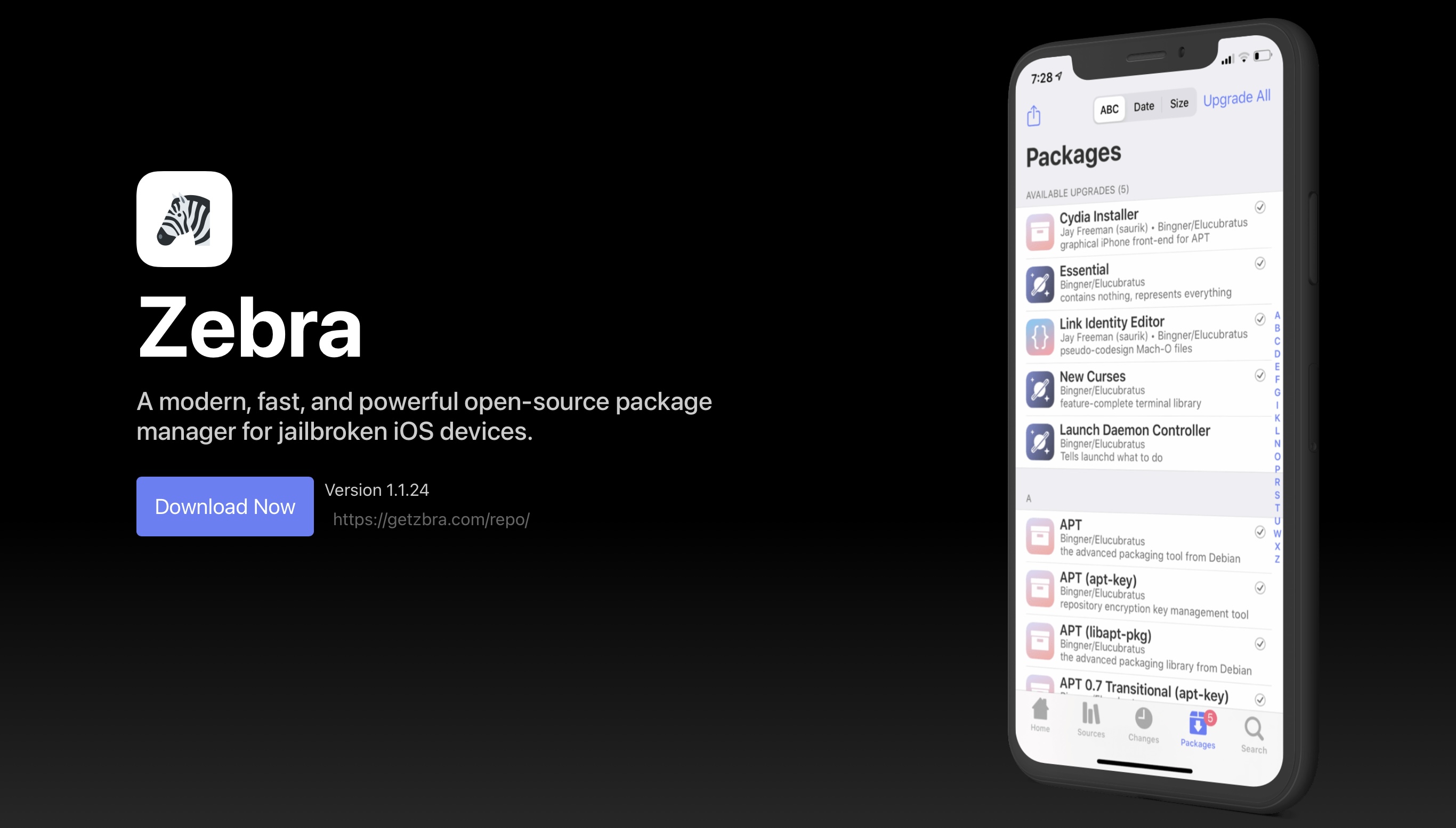 Based on the notes shared with us in the change log for Zebra version 1.1.24, it would seem that the latest update provides users with the following changes over version 1.1.23:

– Adds support for the “finish” file descriptor, allowing packages to indicate that a respring or device restart is required after being installed or removed.
– Works around an issue where the news carousel on the Changes tab wasn’t displaying any posts.
– A few weeks ago, Reddit broke their search API. This caused Zebra to display a blank space where the news carousel is supposed to be. We found a workaround and were ready to release this, but Reddit already fixed the issue before the release of Zebra 1.1.24. Either way, Zebra will be a little more resilient just in case something goes wrong again in future.
– The unique device identifier (UDID) is no longer sent by Zebra when loading depictions. This matches behavior of all current package managers, including Cydia and Sileo. Repository owners should use Payment Provider API instead.
– Improves security of the package detail screen, ensuring files from your local device can’t be loaded by depictions.
– Improves the rendering of the release notes displayed on the Zebra change log screen.
– Fixes a very rare crash when installing or removing packages.
– Fixes an error when changing the app icon setting on iPads.
– Fixes a crash when tapping the author’s name on the package detail screen on iPads.

From what we can gather, Zebra v1.1.24 implements some important bug fixes and addresses a couple of different crash instances that could occur under rare circumstances. With all the latest improvements, Zebra should function with greater stability in day-to-day use.

It’s worth noting that the Zebra package manager recently switched hands and is now maintained by iOS developer Adam Demasi (@hkirb) instead of Wilson Styres (@willywurr). Still, Zebra continues to be actively maintained, and is available as a free download from the Zebra repository while being entirely compatible with existing package managers such as Cydia, Installer, Saily, and/or Sileo.

Those already taking advantage of Zebra will find today’s update in the changes tab of their preferred package manager after refreshing their sources. If you’re not already using Zebra, but you’d like to give it a try, then you can add the following repository to your existing package manager app to find it:

Zebra is also open source on GitHub for those interested in peeking at the source code.

Do any of the changes in the latest version of Zebra captivate your attention? Be sure to let us know in the comments section down below.