When you have a jailbroken iPhone or iPad at your disposal, the inevitable happens; you install add-ons to upgrade the user experience of your handset, whether to make it look better or to give it new functional capabilities. 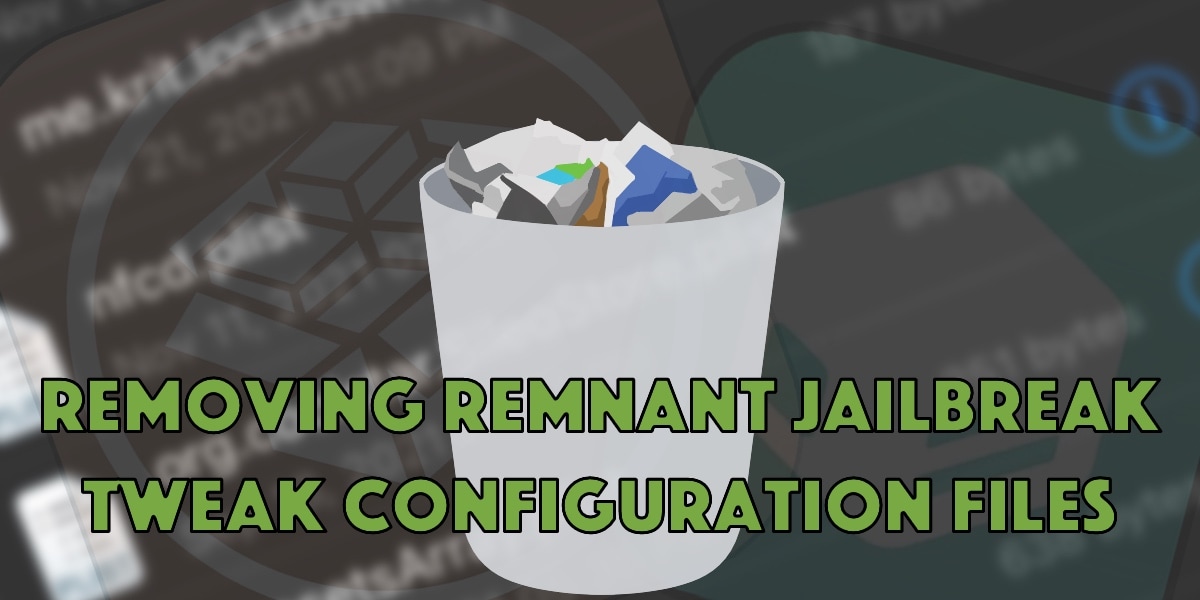 But even after you think you might’ve achieved the perfect pwned device with an arsenal of jailbreak tweaks, it’s usually only a matter of time before you uninstall one to try another — sometimes more than one. The cycle repeats itself as many times as the user wills it to.

If you’re as much of a clean freak as I am, the above fact may bother you (it bothers me). Having said that, we’re about to show you in this short tutorial how you can delete unwanted configuration files from your device after removing jailbreak tweaks.

Before starting, remember only to delete configuration files that you don’t need anymore. Their names usually contain the name of the developer and the name of the tweak for ease of identifiability. Don’t tamper with the ones for tweaks you still have installed, otherwise you’ll need to reconfigure those tweaks all over again. It’s also important to note that some jailbreak tweaks may create additional files apart from those outlined in this tutorial – every tweak is different!

To remove leftover configuration files after a jailbreak tweak has been uninstalled, follow the simple steps outlined below:

1) Download and install Filza from your preferred package manager app if you aren’t already using it.

2) Launch the Filza app from your Home Screen: 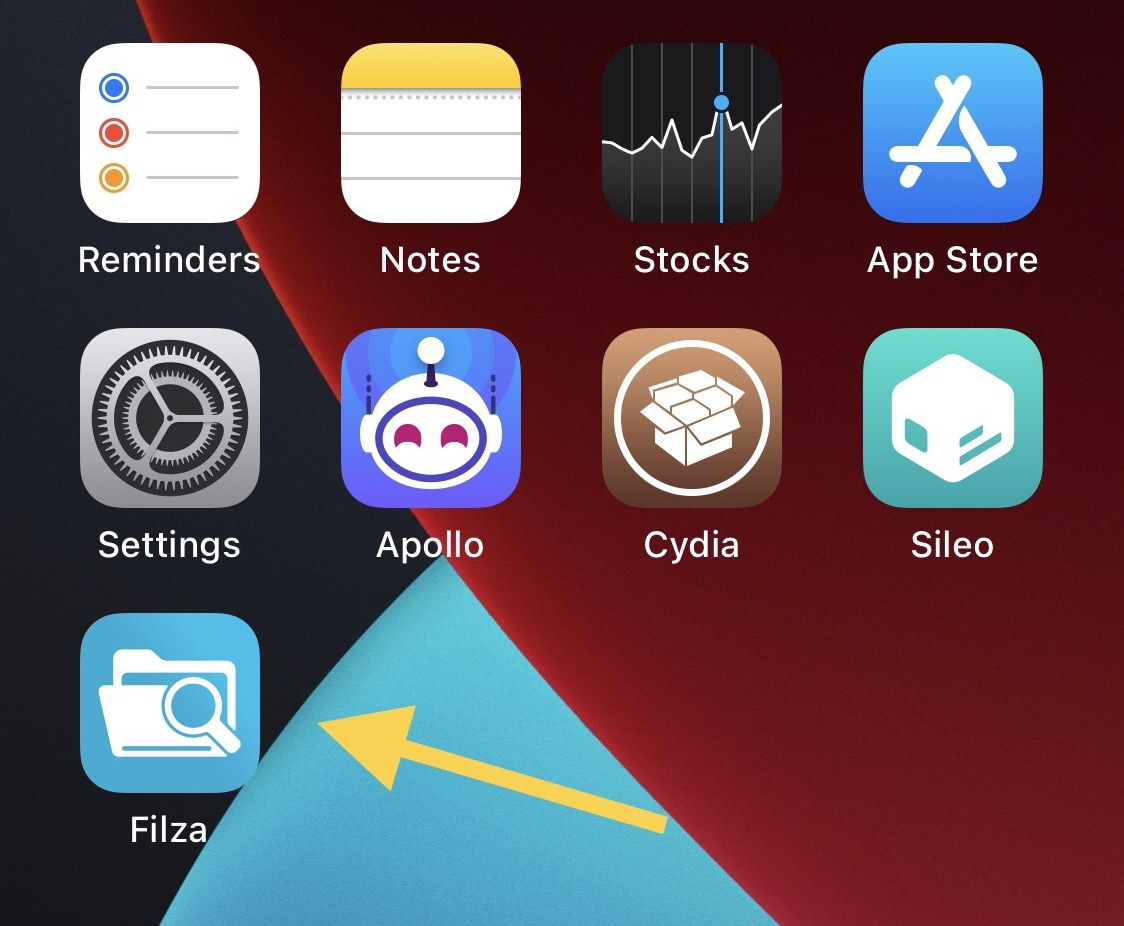 3) Once in the Filza app, use the Back button to back all the way out to the “/“ folder:

4) Next, navigate to /var/mobile/Library/Preferences in the file system navigator: 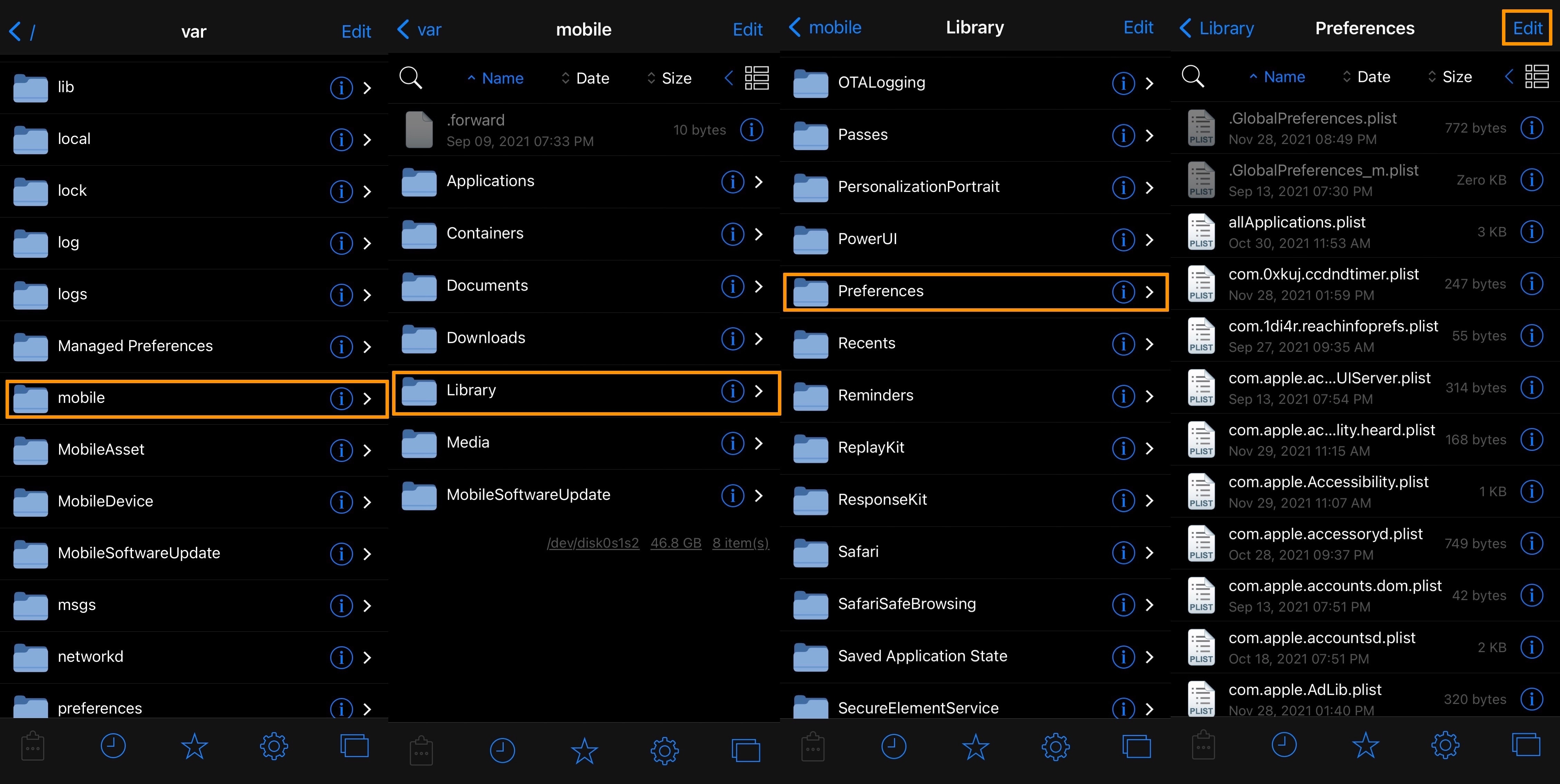 5) Tap the Edit button in the Navigation Bar.

6) Select the configuration file(s) you wish to delete:

7) Once selected, tap the Trash button in the Tab Bar at the bottom of the interface.

8) Tap the OK button in the confirmation pop-up that appears to continue: 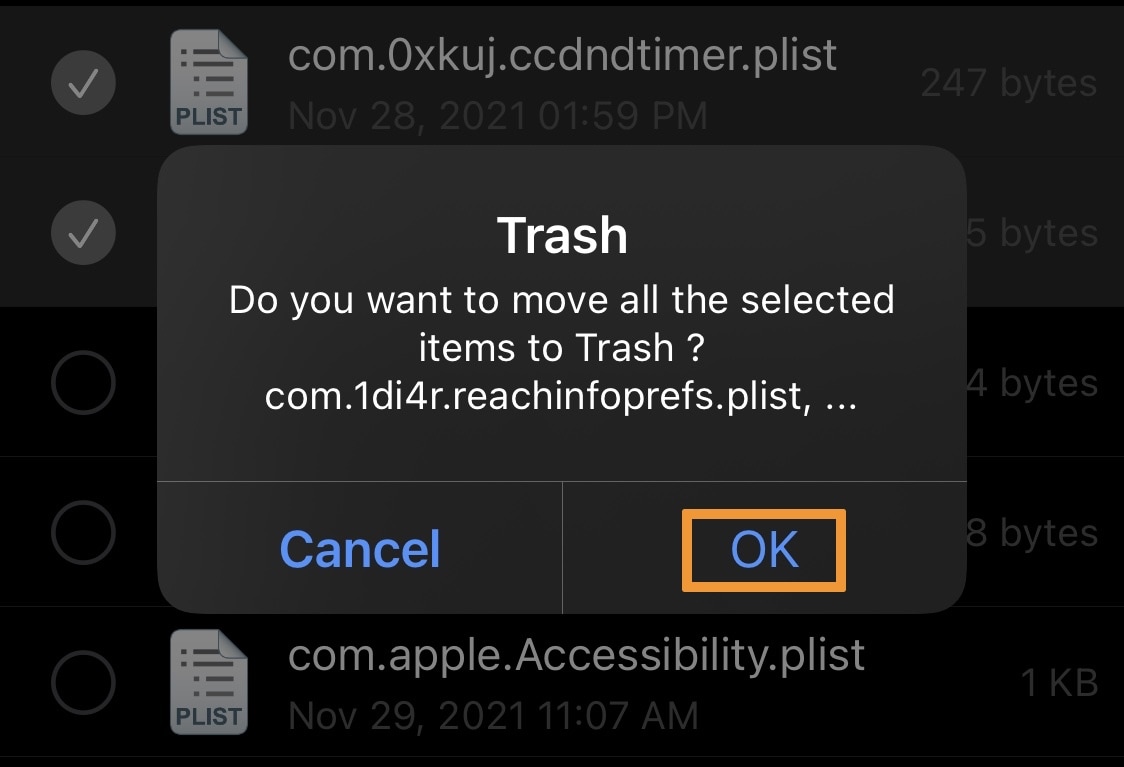 The file(s) you selected previously have now been moved to the Trash. Next, we will walk you through the steps to empty the Trash.

9) Tap on the Settings button in the Tab Bar at the bottom of the interface: 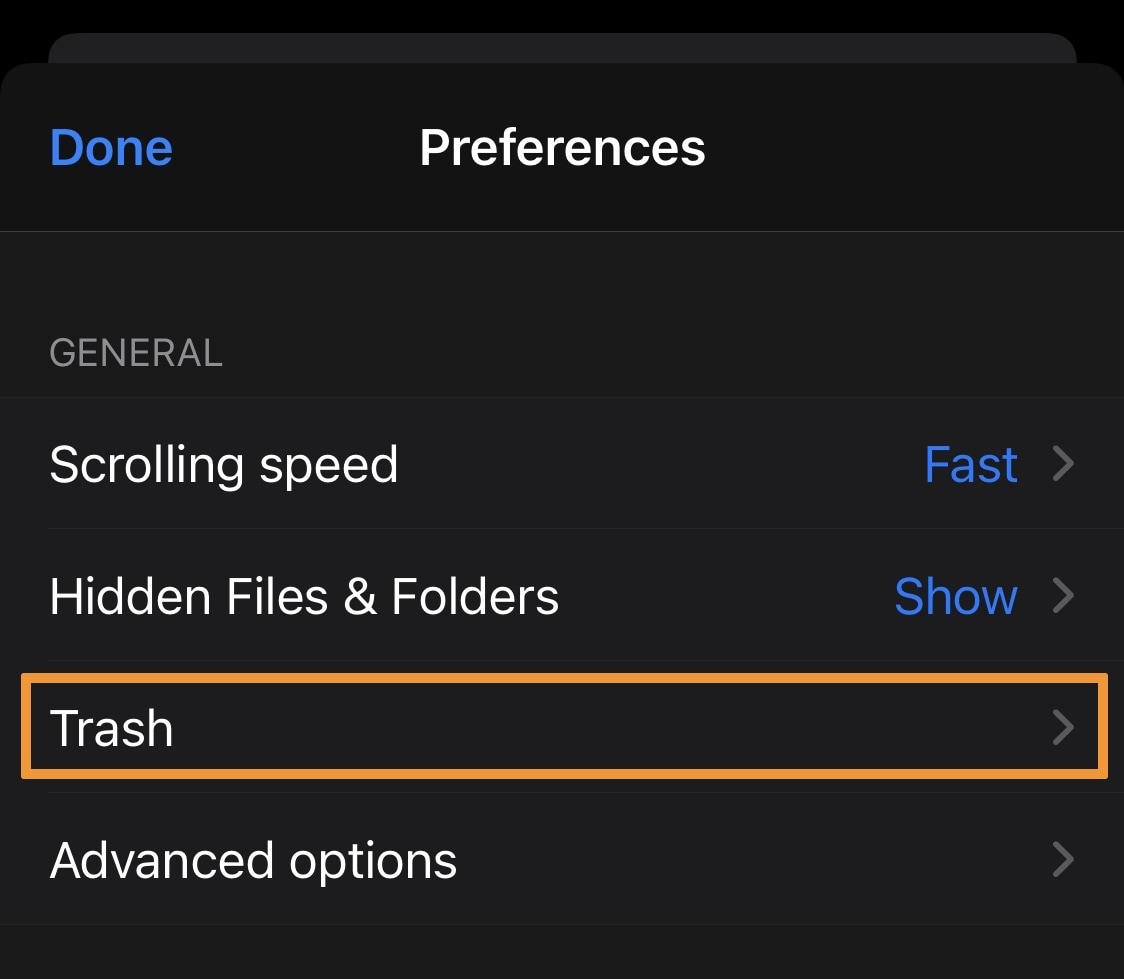 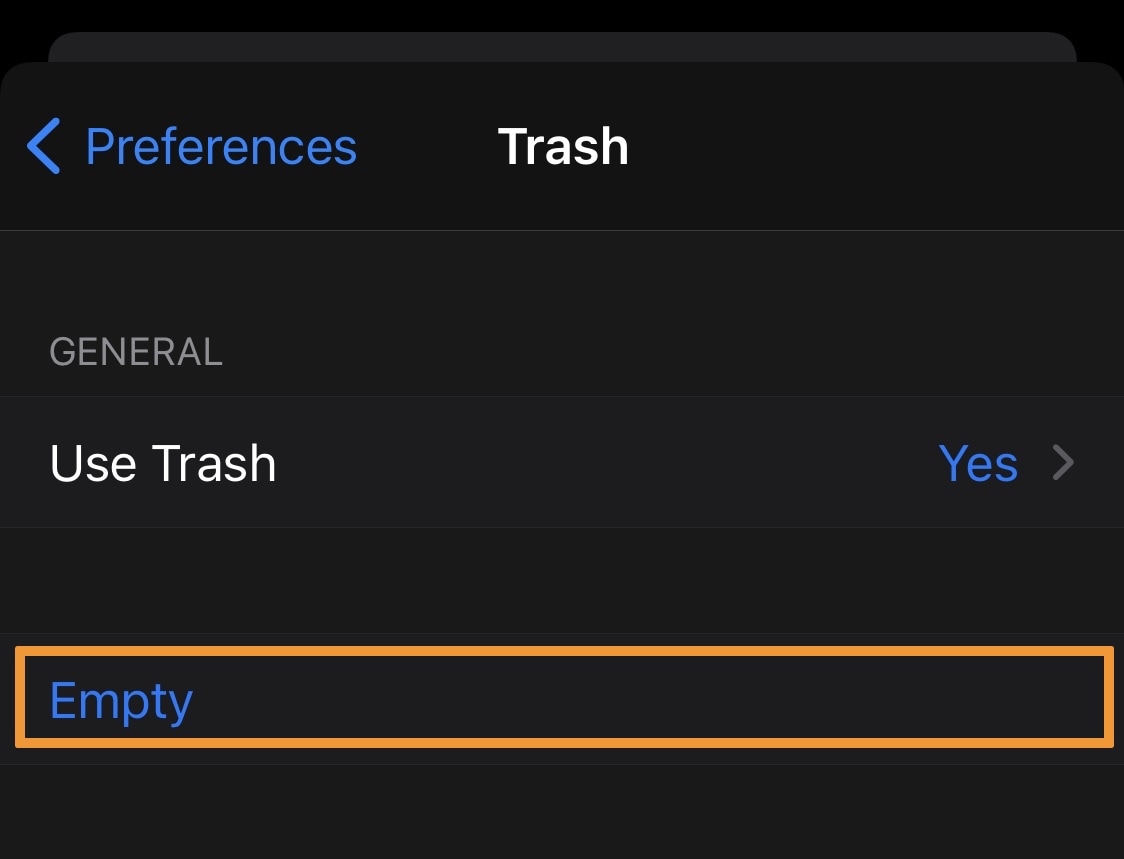 12) Confirm that you want to permanently delete the configuration file(s) by tapping the Yes button in the pop-up: 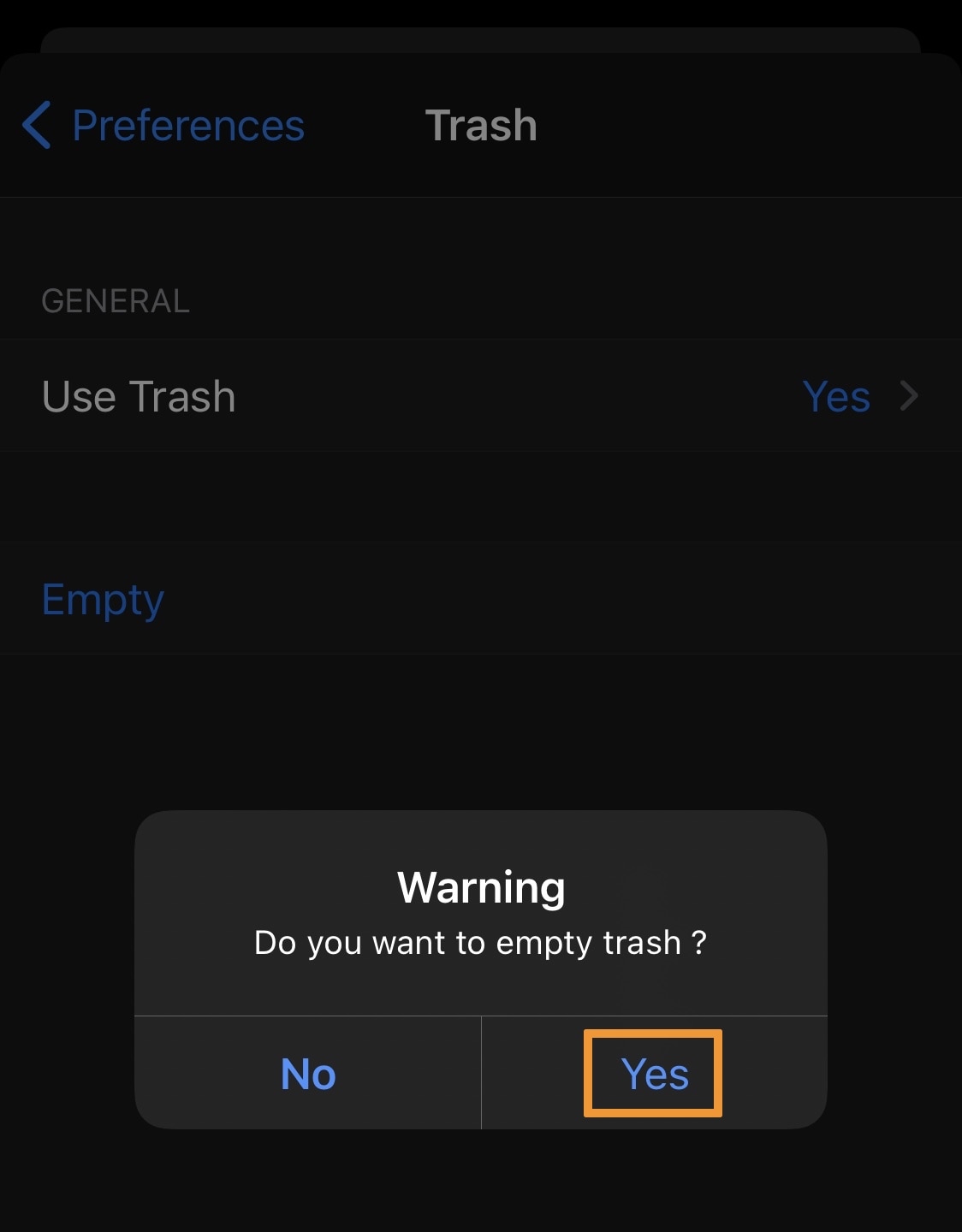 13) Lastly, go ahead and Respring your device using any method you wish (we like these methods the best).

You may repeat this process as many times as you feel necessary for as long as you own a jailbroken device to keep backlogged configuration files to a minimum.

Removing the remnants left over from uninstalled jailbreak tweaks isn’t a requirement, but it’s a good way to keep your file system tidy and free of junk you no longer need.

Furthermore, even if you’re not uninstalling a jailbreak tweak, deleting its configuration file can be a good way to troubleshoot issues relating to that tweak, as it removes any corrupted configurations and lets you reconfigure the tweak from scratch.

Have you been overcame any bugs or issues with your jailbroken handset after removing unwanted jailbreak tweak configuration files? Be sure to let us know in the comments section down below.