Apple recently reopened a retail store with incredible offerings and stories. The Grove store in Los Angeles is twice the size of the original building that was redesigned for this grand re-opening. Additionally, Apple announced a new location in Berlin, on Rosenthaler Straße, at city center. These iPhone wallpapers are from the Apple imagery of each location. 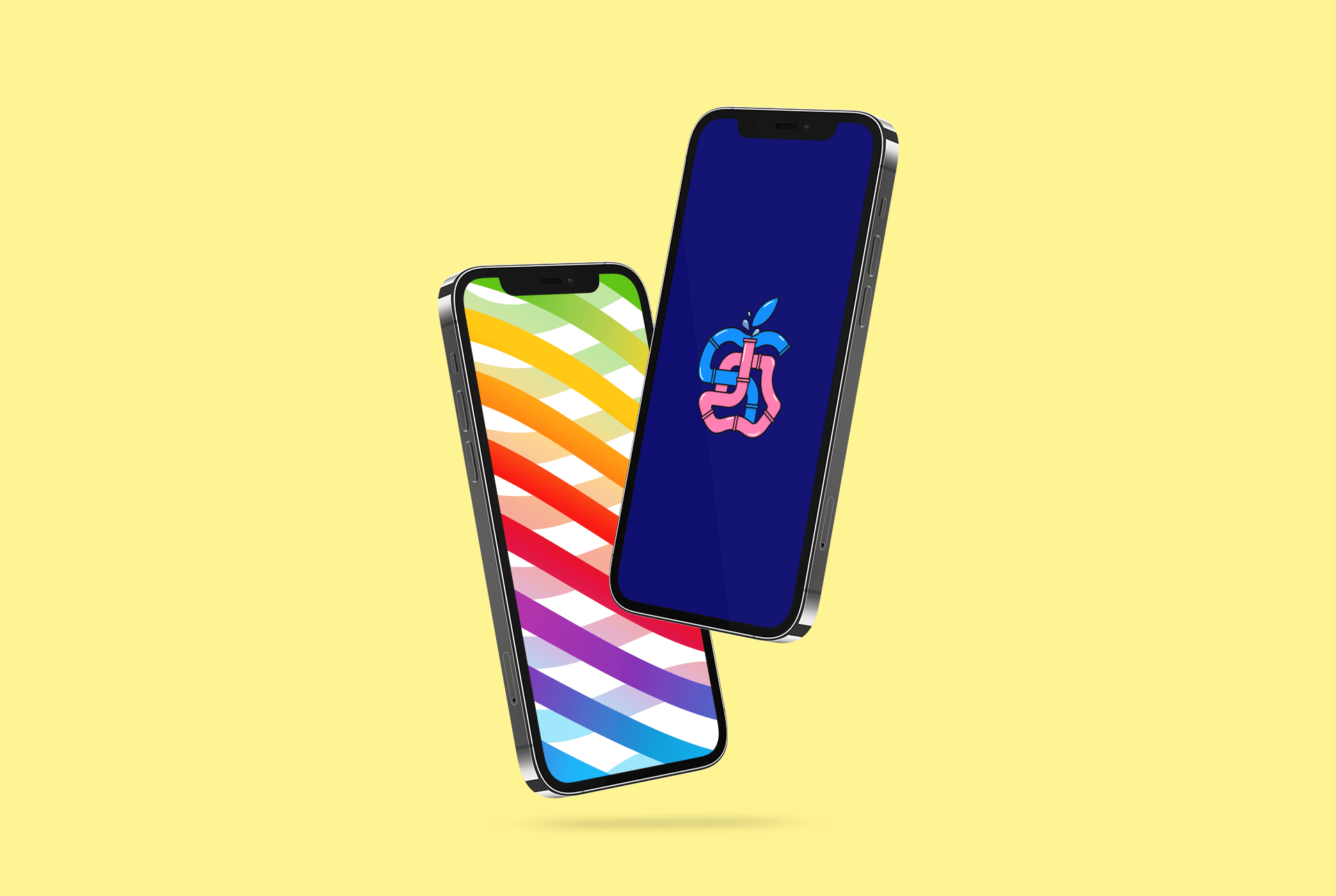 The Grove store, according to Apple, is designed as a new gathering place for the local community to “discover Apple’s products and services, get support, and participate in free Today at Apple sessions or popular Photo Walks at The Grove.”

The new store offers entrances from both the interior of The Grove or West Third Street. 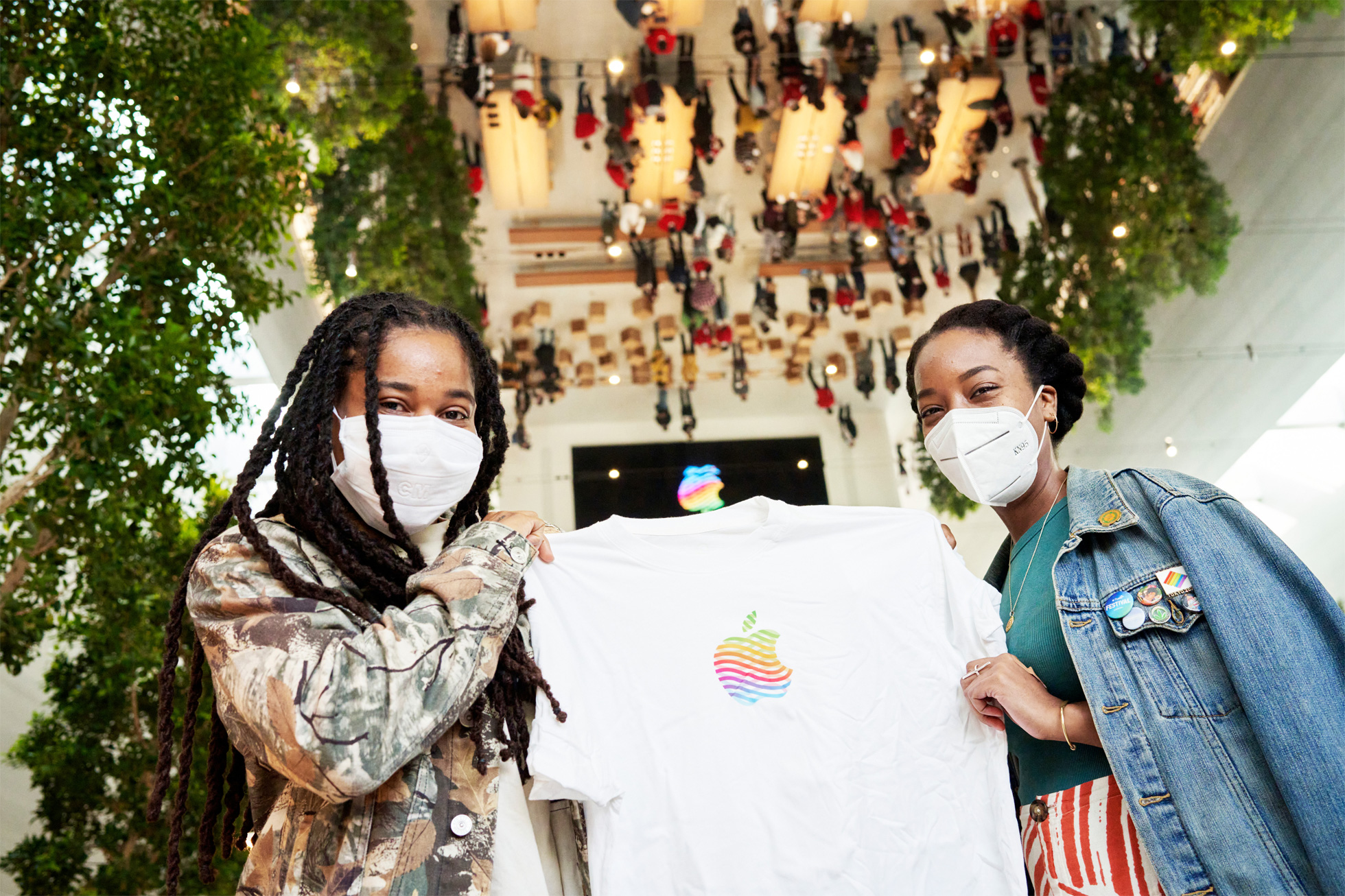 Pictured above by Apple, these customers celebrate the grand opening of the new store. You can see the custom Apple logo imagery on the t-shirt, as well as on the background screen.

Hat tip to @aaplpro for first sending over versions of the black and white designs!

@BasicAppleGuy took inspiration from using the logo, scaling it for iPhone and placing a nice linen texture in the background. Download the inspired version for iPhone below. Additionally, there is a dark mode mod of the imagery released by Apple as well as the white version.

The Rosenthaler Straße location will be the second retail store in Berlin, Germany, the country’s capital city. There is no current date set for the opening of the new store. Apple offered matching wallpapers, that take inspiration from the temporary signage over the front entrances.

Hat tip to @adam_perjesi for sending me over the links when they went live on the Apple site.

Below is an image captured by Storeteller, of the veiled entrance on the upcoming store location. 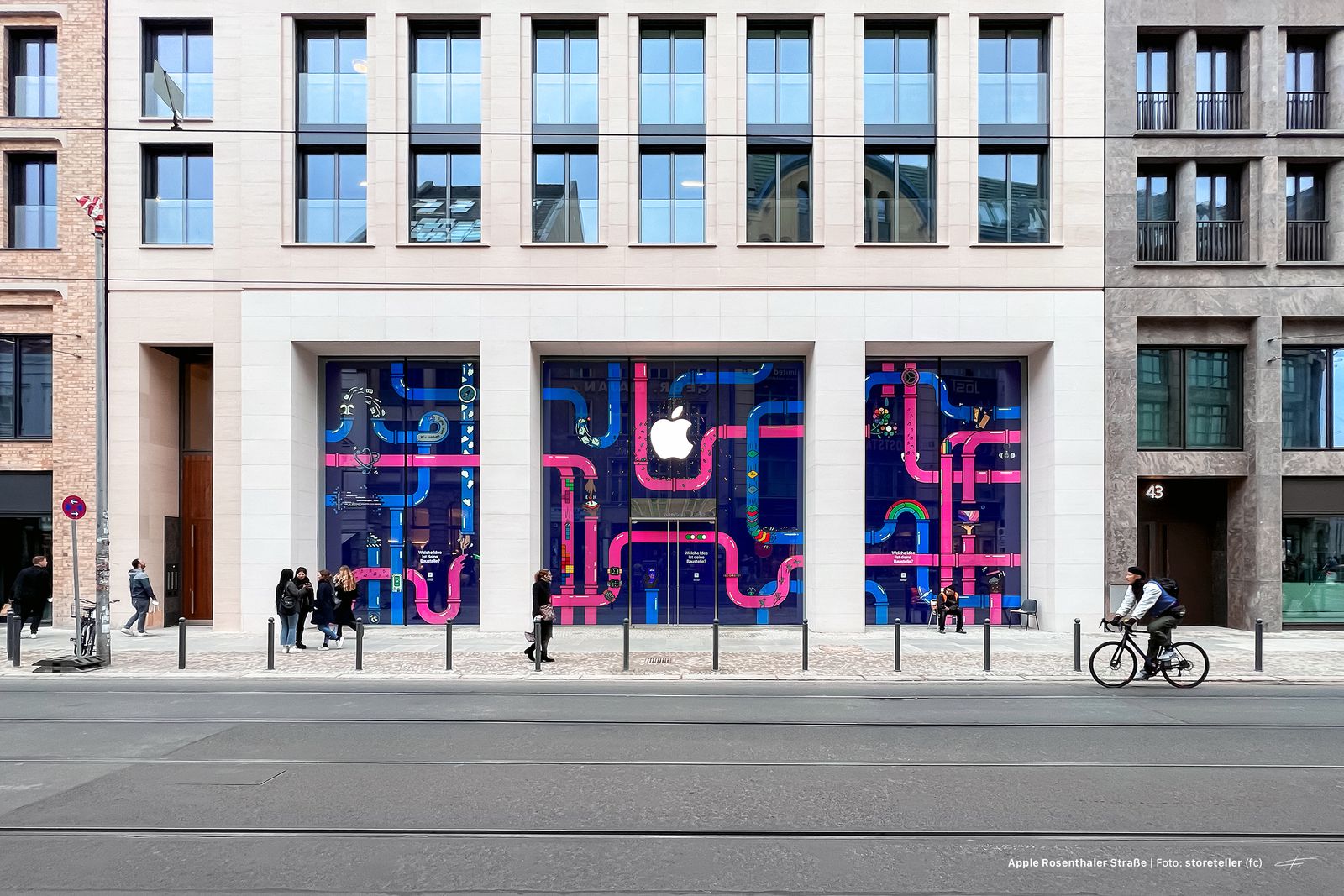 Below, grab a wallpaper for your preferred device.

Every Sunday we launch a new collection of images for the iDB Wallpapers of the Week gallery. If you would like to contribute, or have a tip like Adam Perjesi or aaplpro, then connect with me via @jim_gresham, where I curate the collection. Send over original works or even a link for some incredible images you’ve found. Follow for mid-week downloads, sneak peaks of upcoming posts, and general Apple commentary.