The process of deleting apps from your iPhone or iPad’s Home Screen has changed slightly over the years, as the user must now navigate a Haptic Touch menu before entering ‘jiggle’ mode to reveal the app deletion buttons. 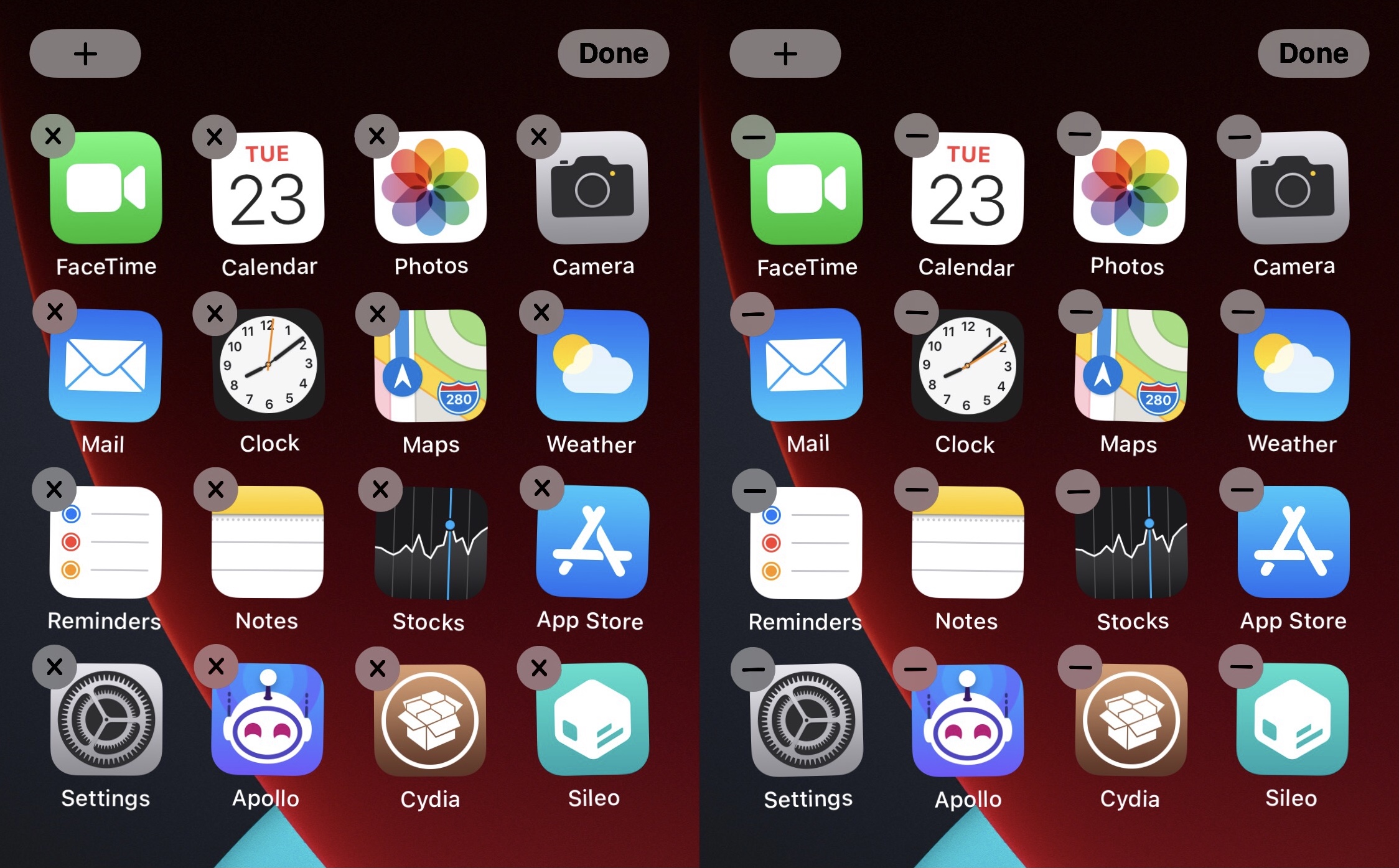 But in addition to the procedural change mentioned above, Apple has also replaced the traditional ‘X’ button for deleting an app to the less traditional ‘–‘ button starting with iOS & iPadOS 14.

For anyone feeling even the slightest bit nostalgic about the old-fashioned ‘X’-styled app deletion button when editing the Home Screen in ‘jiggle’ mode, iOS developer ExeRhythm has just released a new and free jailbreak tweak called MinusX that brings it back.

To some, this aspect of the Home Screen isn’t that big of a big deal, but if you don’t like the small changes like this one that Apple implements with every major iteration of iOS or iPadOS, then it’s an effortless way to revert back to an experience you’re familiar with.

Examples of this appear in the before (left) and after (right) screenshot examples above.

Perhaps even more importantly, MinusX was compiled using the Swift programming language. This is all thanks to the powerful Orion tool announced back in September that now appears to be actively used by the jailbreak community.

MinusX joins Asteroid and TransparentDock in that respect, and has been open-sourced on the developer’s GitHub page to help developers who might be interested in learning to use Orion and Swift to code jailbreak tweaks.

Those interested in giving the new MinusX tweak a try can download it for free from ExeRhythm’s personal repositoryvia their favorite package manager app. The tweak supports jailbroken iOS & iPadOS 14 devices.

If you aren’t already taking advantage of ExeRhythm’s personal repository, then you can add it to your package manager app of choice by using the URL provided below:

Do you plan to change your Home Screen’s app deletion buttons back to the classic ‘X’ style with the new MinusX tweak? Be sure to let us know why or why not in the comments section down below.