You might’ve caught wind recently about YouTube changing how the Dislike button works on its platform. In fact, the changes are already live for users. 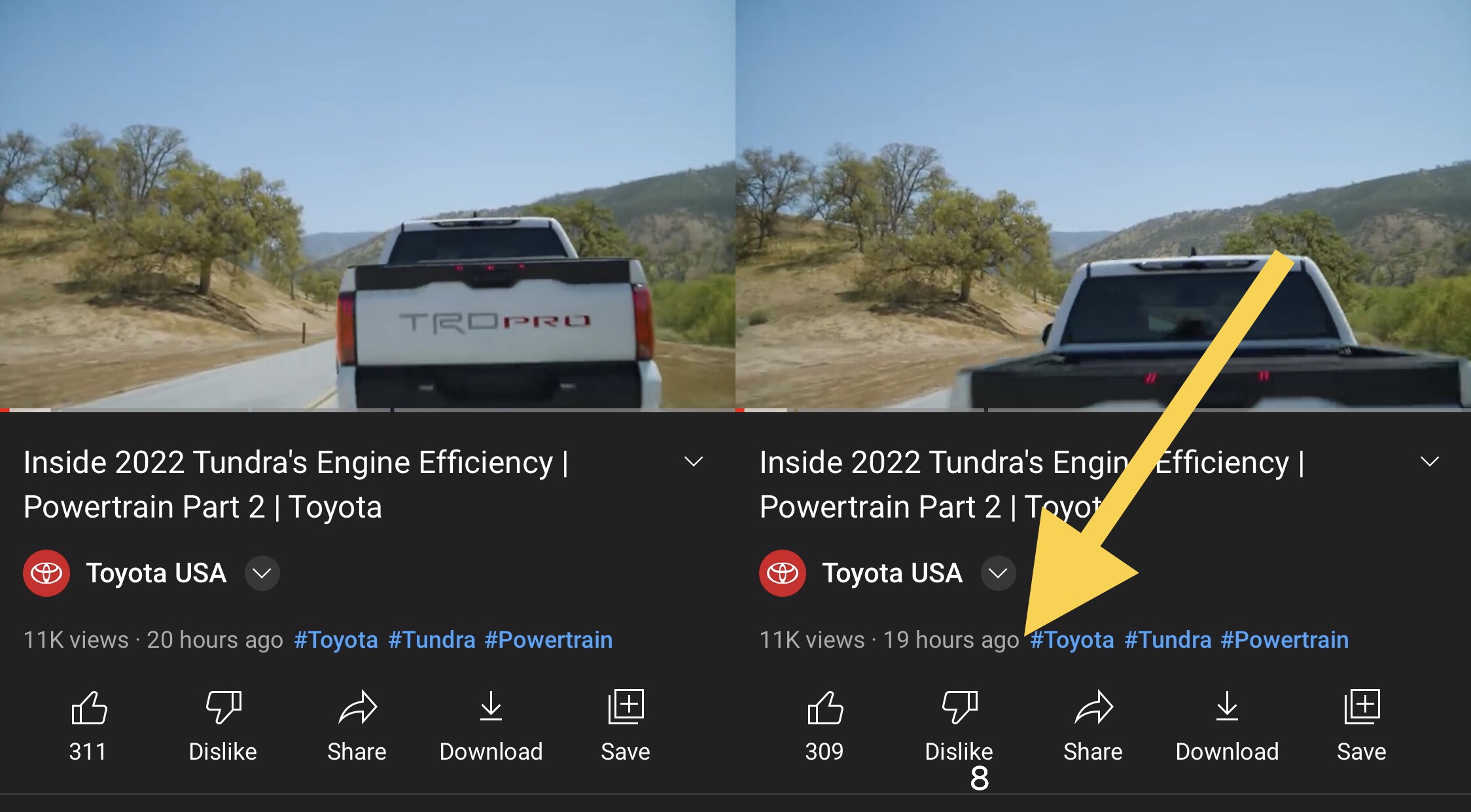 Head over to any YouTube video right now and you’ll find that while the Dislike button still exists, it doesn’t display the number of dislikes for the video anymore. The like count, on the other hand, is still displayed for the general public to see as usual.

Many YouTube users are understandably frustrated with this change, as it disrupts the status quo for the platform’s user base by sweeping their true feelings about a video under the rug.

Fortunately, iOS developers Lillie and Kirb are out this week with a new and free jailbreak tweak release called YouTube Dislikes Return that brings the old functionality back, at least for now…

As you’ll see in the before and after screenshot examples above, YouTube Dislikes Return pulls the actual video dislike count from YouTube’s Dislike API and displays it underneath the Dislike button for every video you watch on your pwned handset.

The aesthetics aren’t great at this point in time since the number is shown in an off-font under the Dislike text instead of replacing it outright with the proper font, but according to the developer, it was more important to push a working release to users than it was to polish the aesthetics since YouTube purportedly plans to discontinue the Dislike API by December 13th.

The developer plans to fix the aesthetics in a future update, in case you were wondering.

When the Dislike API is officially discontinued, it will break the YouTube Dislikes Return tweak since it won’t have an API to pull data from. But since we have almost a month until then (assuming YouTube is punctual with its deadline), users still have a while to enjoy the classic Dislike feature before it’s gone for good.

In the future, when the Dislike API is officially gone from YouTube, the developers will look into implementing a custom community-built Dislike API into YouTube Dislikes Return instead. While not ideal, it’s better than nothing.

Those interested in grabbing the YouTube Dislikes Return tweak can download it for free from Lillie’s personal repository via their favorite package manager app. The tweak supports all jailbroken iOS devices with the official YouTube app installed on them and doesn’t have any options to configure.

If you’re not already using Lillie’s personal repository, then you can add it to your package manager app with the URL provided below:

Do you plan to re-activate the YouTube app’s Dislike button with YouTube Dislikes Return? Discuss why or why not in the comments section down below.