The Home Screen contains icons for every app you have on your iPhone, but a reserved place exists at the bottom of the Home Screen where for you to store shortcuts to your four favorite apps. We commonly refer to this the Dock. 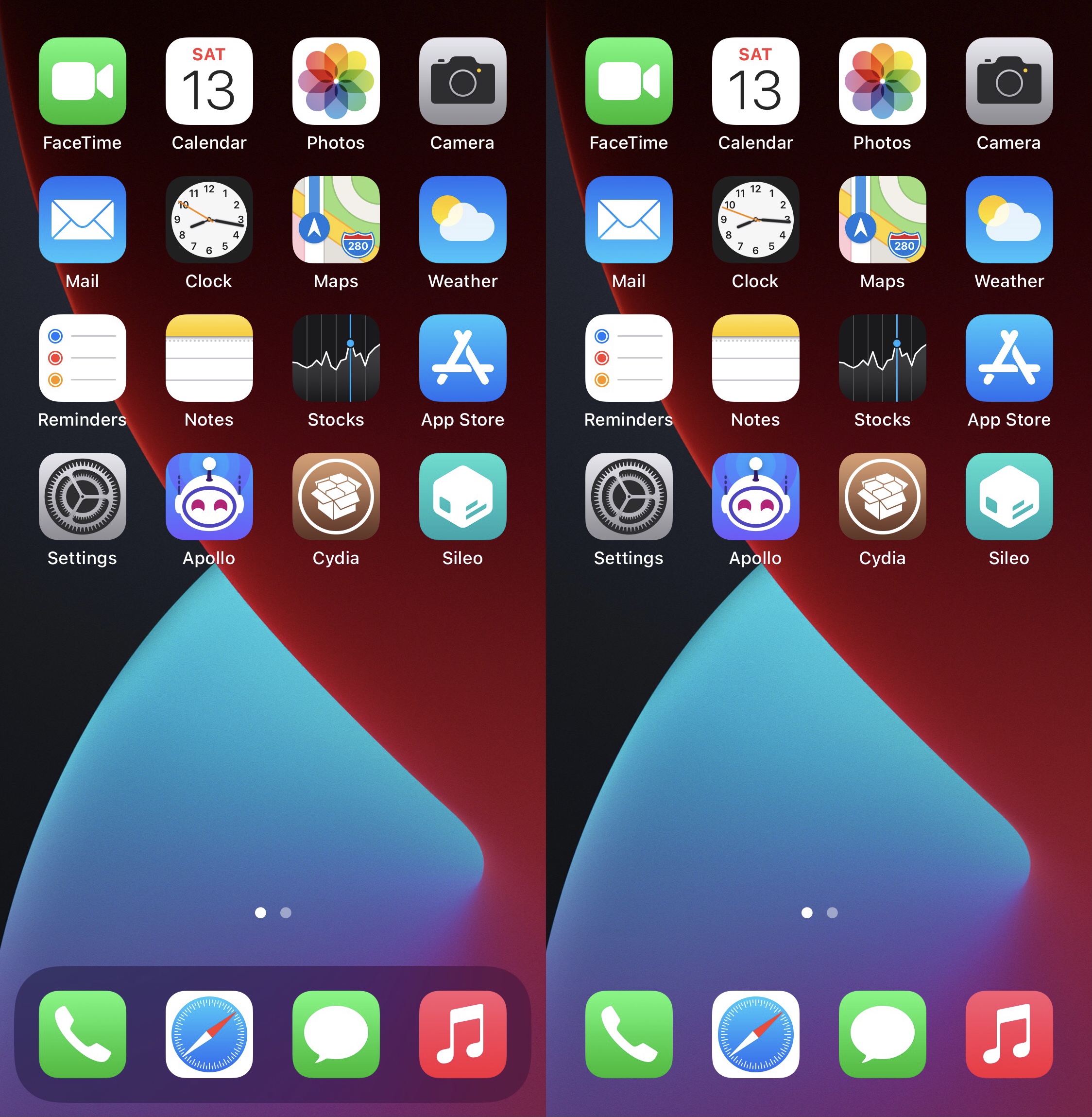 Jailbreakers can customize their Dock in a myriad of different ways, and a brand new iOS developer that goes by the name of VyperDev has just released a free jailbreak tweak dubbed Transdock that makes the Home Screen’s Dock totally transparent.

As depicted in the before (left) and after (right) screenshot examples above, Transdock alters the aesthetic of the Dock by removing its background to make all app icons residing in the Dock look appear as an extension of the Home Screen rather than as a segregated group of app icons.

Once installed, Transdock adds a dedicated preference pane to the Settings app where users can toggle the tweak on or off on demand: 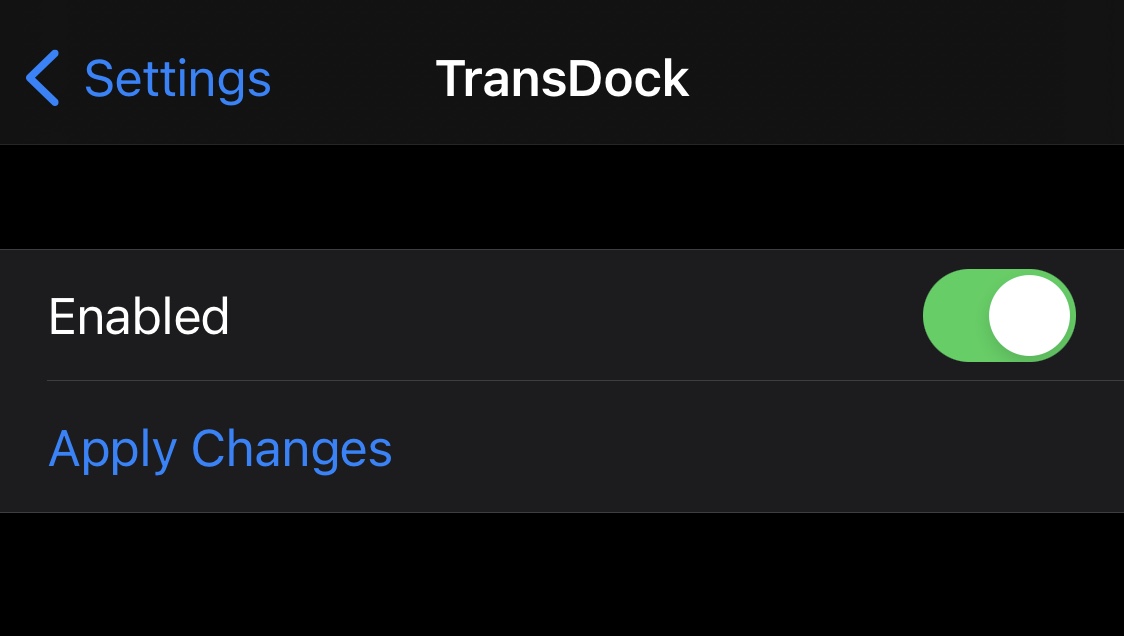 Once you’ve enabled or disabled the tweak, you can use the Apply Changes button to save your setting.

Whether you want or don’t want a transparent Dock background comes down simply to personal preference. Having said that, it’s always nice to have access to a jailbreak tweak offering this functionality since there are a considerable number of jailbreakers who appreciate the way this mod looks.

Those interested in giving Transdock a try for themselves can download the tweak for free from VyperDev’s personal repository. The tweak supports jailbroken iPhones running iOS 14.

If you would like to add VyperDev’s personal repository to your package manager app, then you may do so with the following URL: