Jailbreak tweak and theme developers typically use repositories such as BigBoss, Chariz, or Packix to host their work. But with more developers opting to host packages on their own private repositories, your package manager app’s repository list has likely grown much longer today than it would have been 10 years ago. 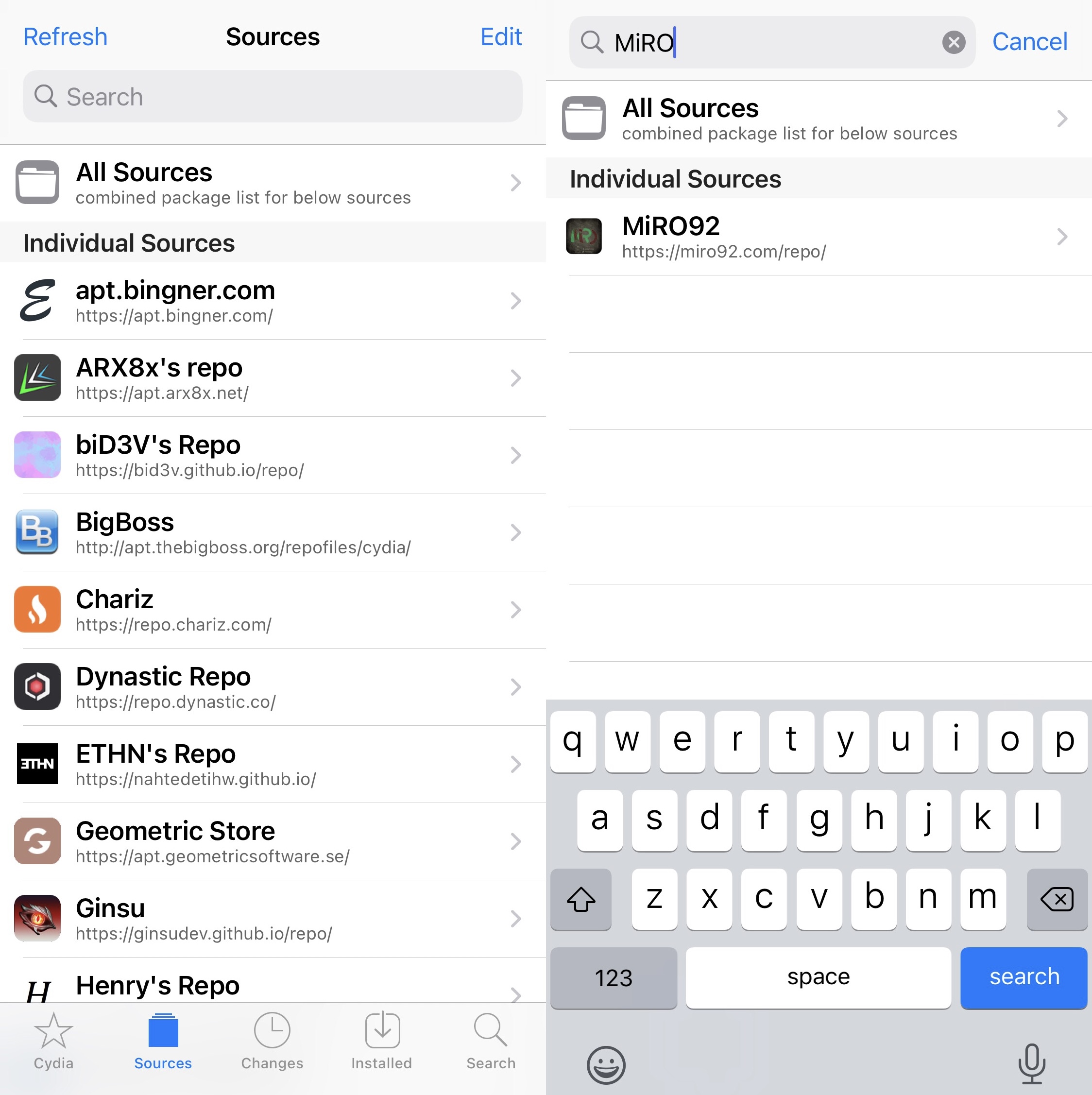 While adding a slew of repositories to your package manager app, be it Cydia, Sileo, Zebra, or something else isn’t a bad thing, the clutter can make it more challenging to quickly manage your repositories when you decide that it’s time to edit or delete one of them.

Recognizing this issue is iOS developer MiRO92, who just this week released a new and free jailbreak tweak dubbed Cyrch that adds a functional search bar to the Cydia app’s Sources tab.

As depicted in the screenshot examples above, the search bar appears just underneath the Navigation Bar and offers a convenient way for users to search their lengthy list of repositories for a specific one.

One thing I’ve noticed about having an extended list of repositories is that when one of them goes offline or experiences other connection issues, it can hold up the entire source-refreshing process. In that case, I’ll often remove the offending repository, even if temporarily, and Cyrch lets me find that repository more quickly instead of scrolling through what seems like dozens upon dozens of URLs.

Cyrch doesn’t come with any options to configure and does exactly what it sets out to do. Those interested in giving Cyrch a try can download it for free from MiRO92’s personal repository via their favorite package manager app. The tweak supports jailbroken iOS 12, 13, and 14 devices.

If you’re not already using MiRO92’s personal repository, then you’re missing out on some high-quality tweaks. The URL to add it to your package manager app can be found below:

Do you plan to upgrade your Cydia app with repository searching capabilities via Cyrch? Let us know why or why not in the comments section down below.