Whether you have an iPhone or an iPad, you’ll notice that you can customize notification sounds for pre-installed apps in the Settings app’s Notifications preference pane. This includes, but isn’t limited to: Calendar events, FaceTime calls, phone calls, iMessage/SMS messages, and Reminders, among other things. 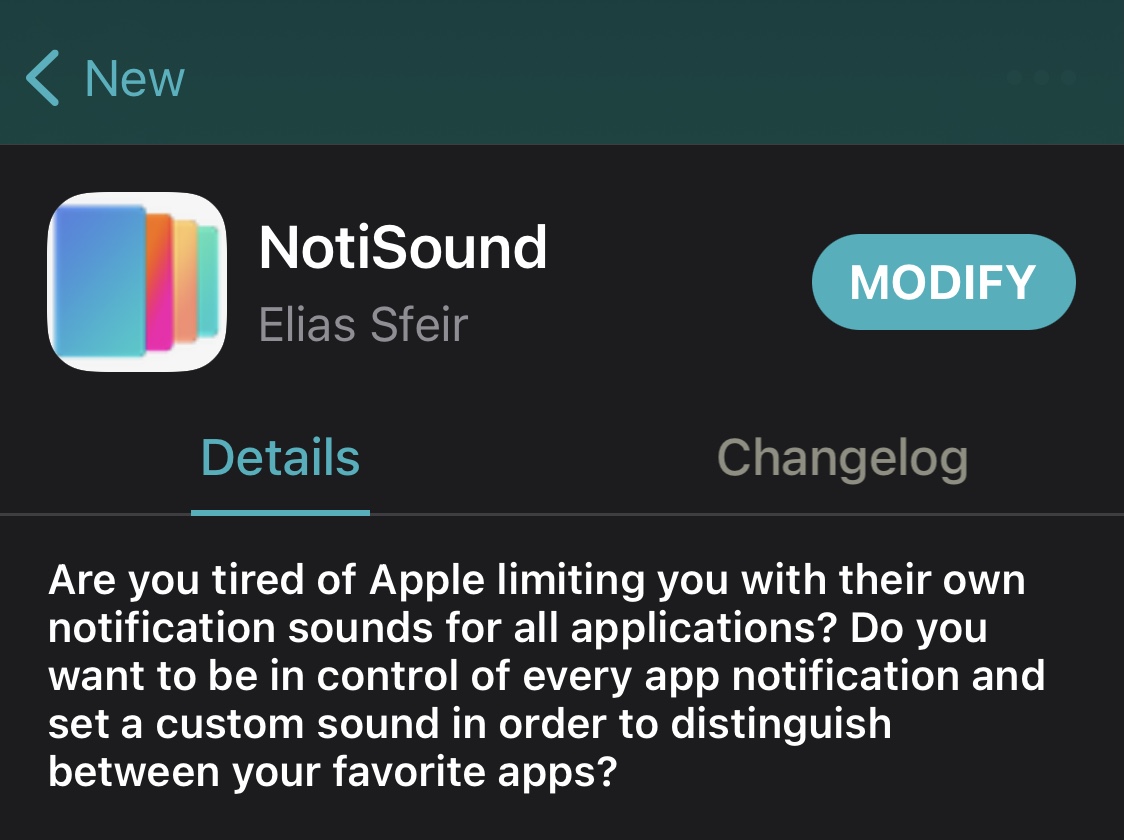 Unfortunately, Apple’s mobile operating systems don’t offer this tier of flexibility for all apps, and while this includes some pre-installed apps, it’s more often than not the case for third-party apps that you’ve installed yourself via the App Store.

Knowing all too well that some users would want to customize the notification sounds of various apps on their iPhone or iPad, iOS developer Elias Sfeir released a new jailbreak tweak dubbed NotiSound that lets jailbreakers apply custom notification sounds to all apps installed on their device — third-party or not.

Once installed, NotiSound adds a dedicated preference pane to the Settings app where users can configure custom notification sounds on a per-app basis: 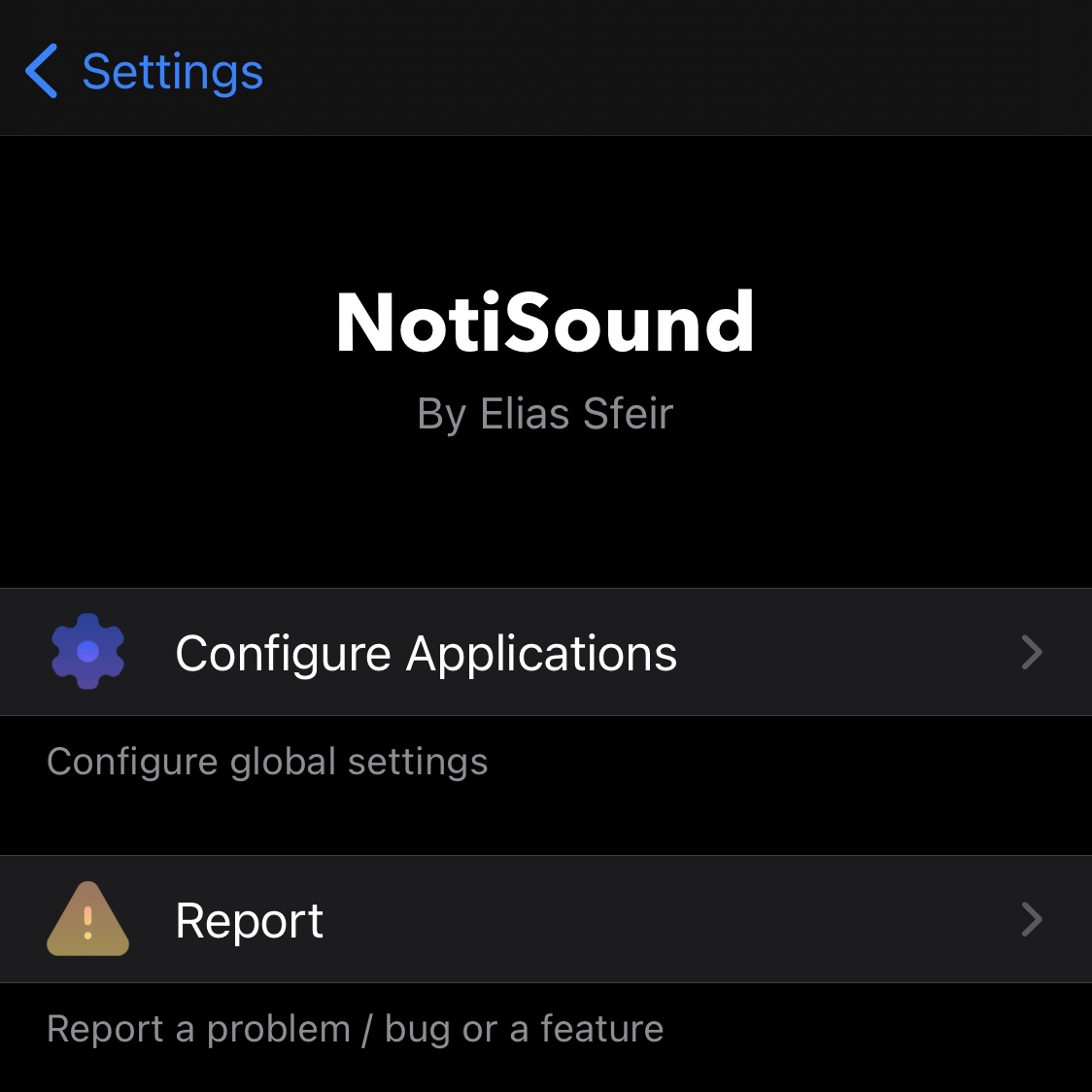 After tapping on the Configure Applications cell, users are presented with a list of installed apps where they can tap on and configure each one individually: 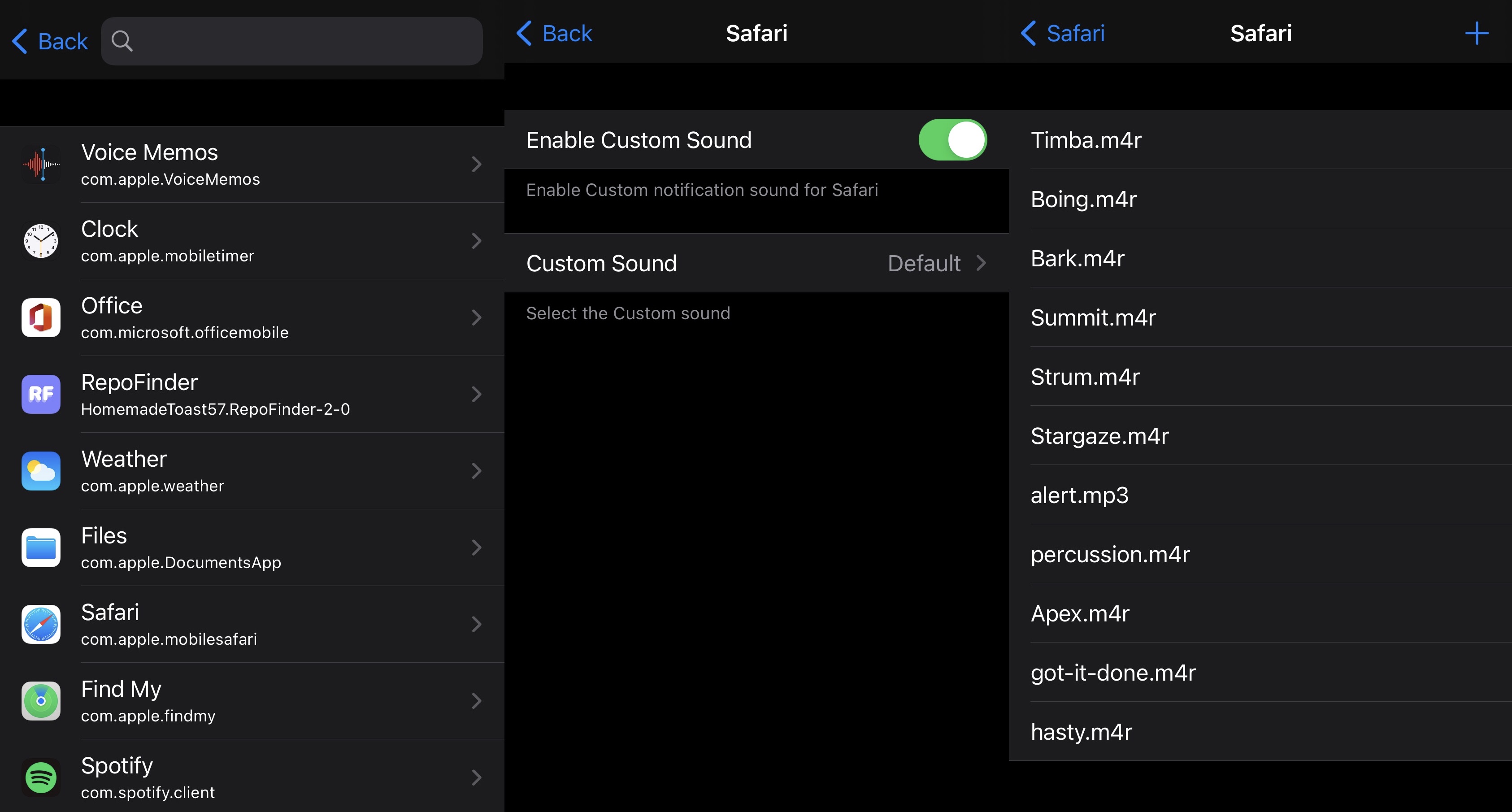 Options for each app include:

Since it seems to be a pain point with so many different iPhone and iPad users that notification sounds can’t be adjusted on a per-app basis right out of the box, we’re sure that Sfeir’s new NotiSound tweak offers a solid usability upgrade that boosts the handset’s customizability. That said, we absolutely recommend NotiSound if you like customizing sounds.

For those interested, NotiSound is available to purchase for $0.99 from the Havoc repository via any package manager of your choosing. Further, the tweak supports all jailbroken iOS & iPadOS 13 and 14 devices.

Do you have any plans to use NotiSound to customize the notification sounds of apps that you couldn’t typically change? We’re excited to read your thoughts about the tweak in the comments section down below.