Anyone who finds themselves overwhelmed with the sudden urge to just start annotating things, especially in the middle of a screen recording that you’re capturing for a friend or family member, would be likely to appreciate a newly released and free-to-download jailbreak tweak dubbed Dr4w by iOS developer Sugiuta.

If you haven’t caught on already, the conspicuously named Dr4w tweak does almost exactly what it sounds like. Upon invoking a user-selected Activator action or other summoning method, an interface magically appears that lets the user capture screenshot(s) and/or begin annotating the display.

Whether you’re in the middle of capturing your display in a screen recording or simply getting ready to capture a screenshot, Dr4w is the perfect way to ensure that you get your point across in real time without needing to bother with iOS’ limited Markup features afterward. 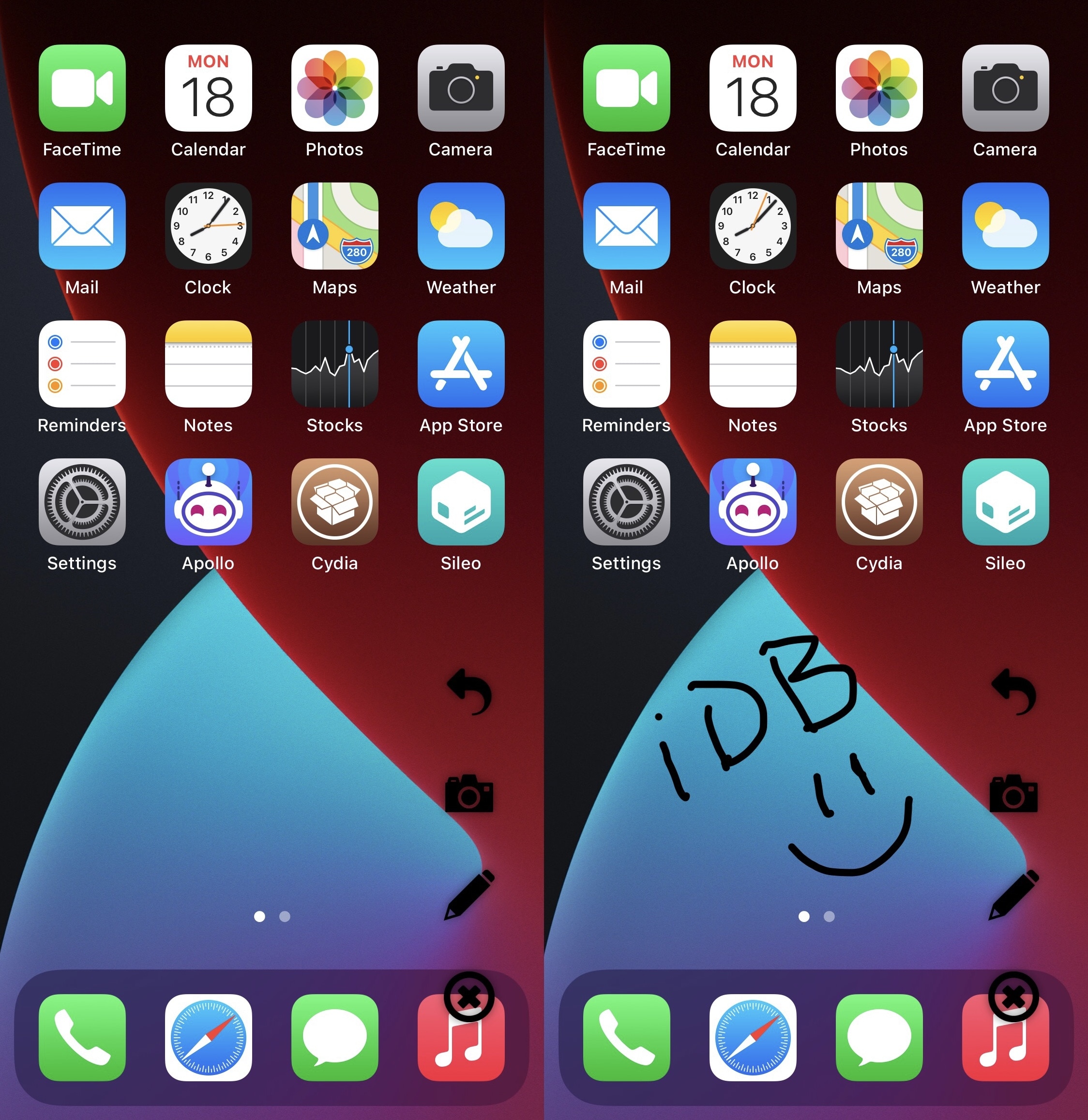 Upon invoking the activation method of your choosing, Dr4w displays four buttons on the right side of the display, including one for capturing a screenshot, one for drawing on the display, one for undoing your most recent action, and one for dismissing the Dr4w interface.

When you tap on the screenshot option, it’s a lot like taking an actual screenshot with the native gesture. This button simply makes it easier after annotating your display with the Dr4w tweak first.

As for the draw button, tapping it invokes a pop-up menu where you can set up their drawing canvas with custom colors, drawing tools, and line widths. Users will then be able to choose between using a pen tool, line tool, eraser tool, or text tool to annotate their display with. 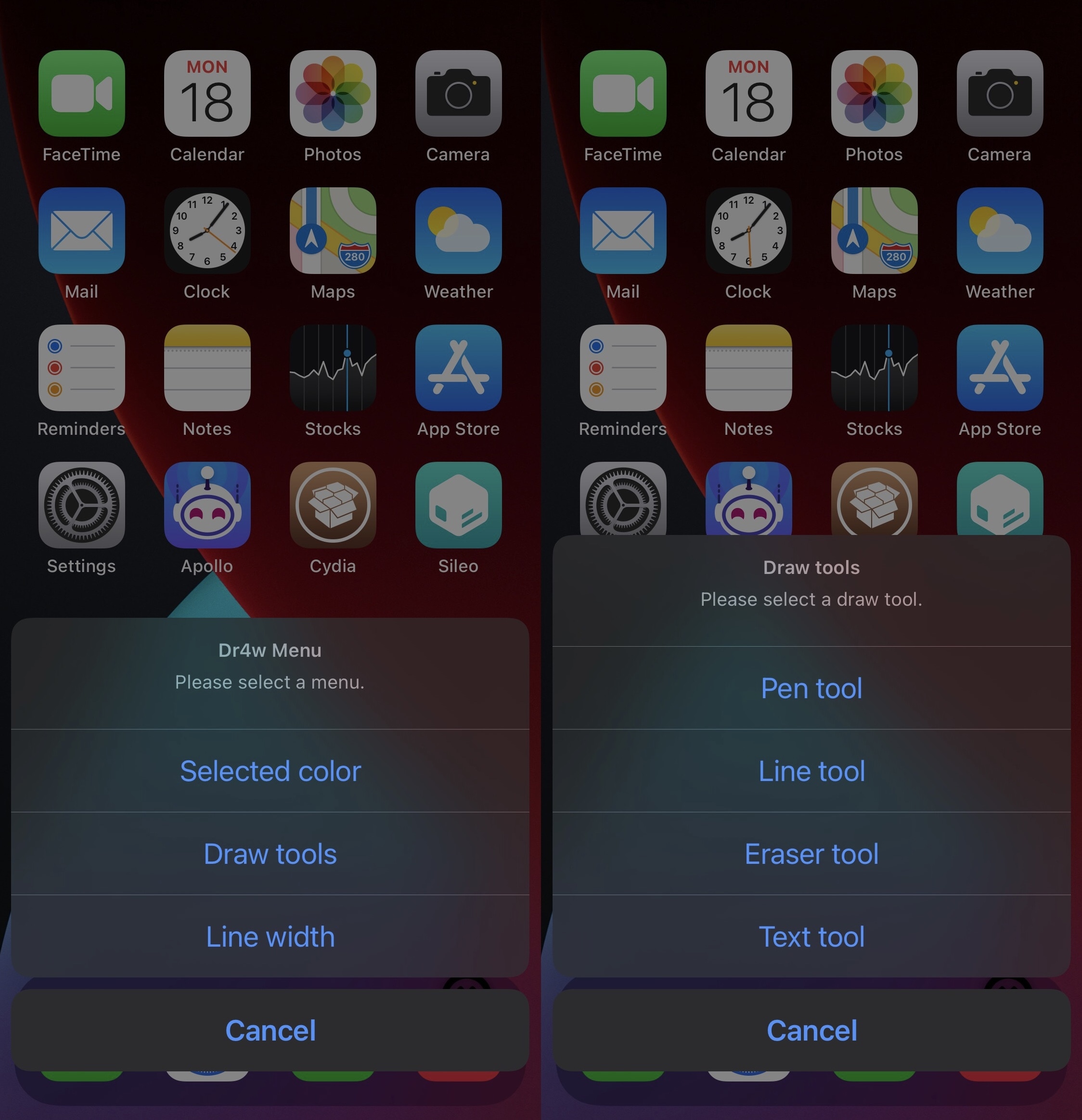 After installing Dr4w, users will find a dedicated preference pane in the Settings app where they can configure the tweak to suit their needs: 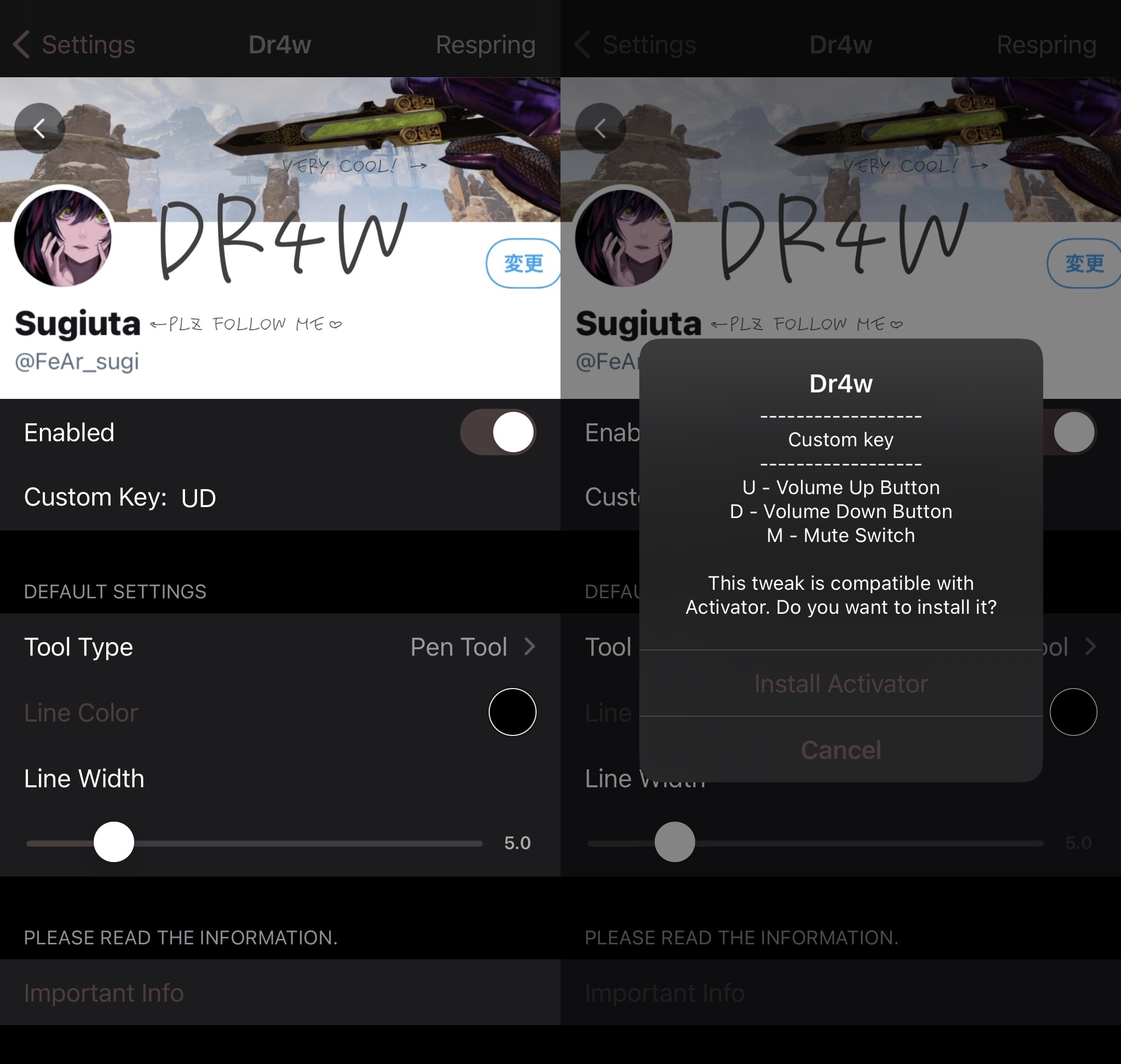 The developer provides a respring button at the top-right of the tweak’s preference pane to help you save any changes you make here.

While Dr4w absolutely won’t be for everyone, it definitely has its uses. When you’re often the go-to IT person for your immediate family or friends, it can be useful to have annotation tools for your screen when you send someone a screen recording or screenshot, especially when you can make the annotations in real time instead of having to add them later on with Markup.

Sine Dr4w is a free jailbreak tweak, we absolutely recommend checking it out. Dr4w can be downloaded for free from Sugiuta’s personal repository via your favorite package manager app and supports jailbroken iOS 13 and 14 devices. Please note that Activator isn’t required, but is recommended.

If you’re not already using Sugiuta’s repository, then you can add it to your package manager app of choice via the following URL:

How will you use Dr4w on your jailbroken iPhone? We’re excited to hear from you in the comments section down below!