One of the signature features of Apple’s high-end MacBook Pros is the Touch Bar — that thin and touch-sensitive OLED strip just above the keyboard that encompasses Touch ID and dynamic controls for interfacing with the operating system. 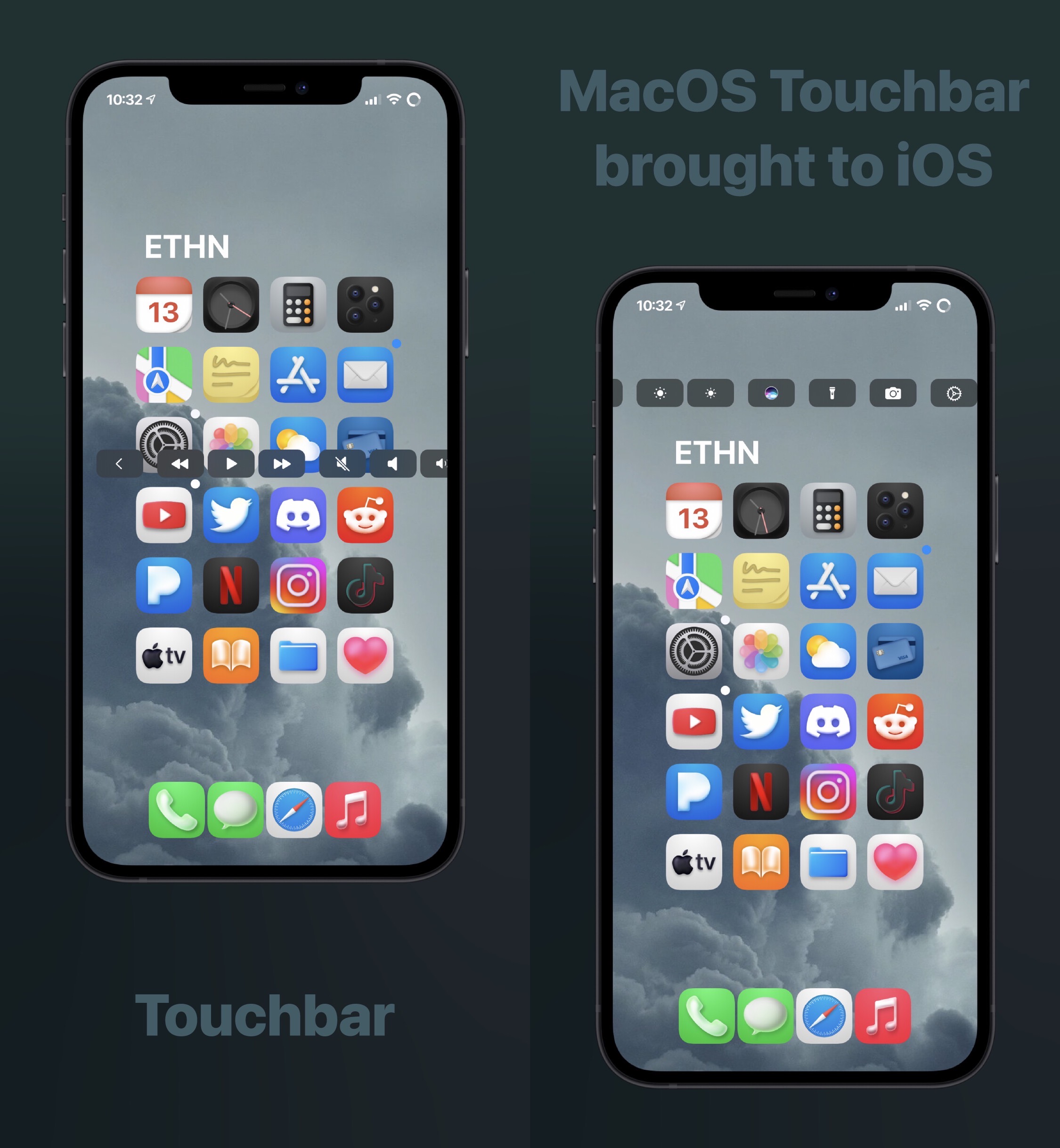 iOS developer Ethan Whited thought that it would be interesting to port a similar concept to jailbroken iPhones and iPads, and so a new jailbreak tweak called Touchbar was conceived.

Once installed, Touchbar puts a floating Touch Bar-like interface on your handset’s display with fully functional controls just like the real thing:

You’ll notice that Touchbar includes a lot of the same controls that the MacBook Pro’s Touch Bar would bring to the table in a lot of different scenarios and some that are specific to iOS, including:

It’s worth noting that users can move Touchbar wherever they want on their handset’s screen by simply tapping and dragging. That said, it’s easy to get the interface out of your way when you don’t need it.

Once installed, users can configure Touchbar however they want via a dedicated preference pane in the Settings app: 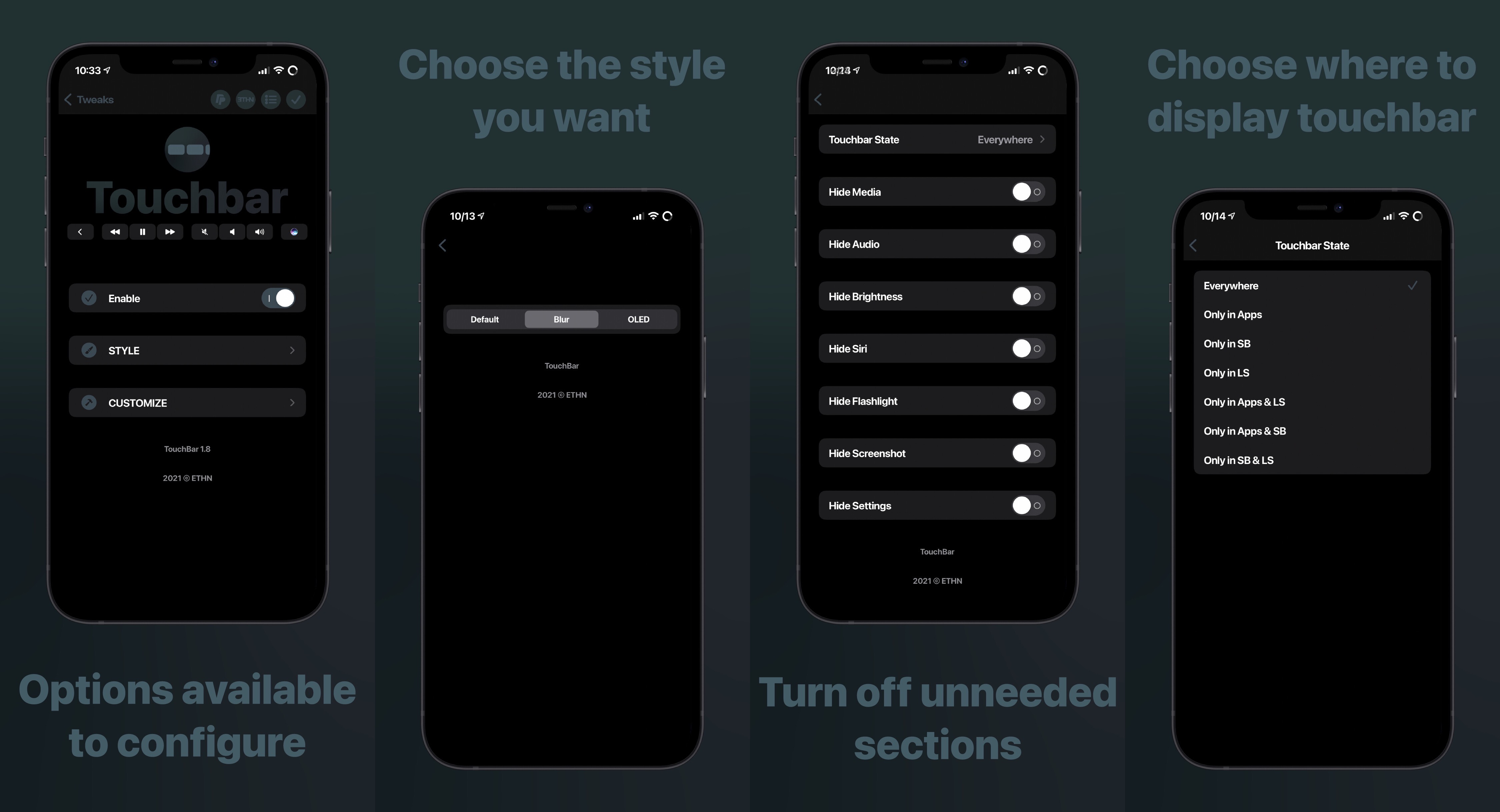 With so much to offer right out the box., Touchbar has the potential to improve workflows in a variety of different ways. The controls will be familiar to anyone who already has a MacBook Pro with a Touch Bar, yet the controls are tailored for the iOS user experience, which we found pretty cool.

Those interested in giving Touchbar a try can purchase the tweak for $1.00 from the Havoc repository via their favorite package manager app. Touchbar supports jailbroken iOS 13 & 14 devices.

Do you plan to install Touchbar on your pwned handset? Tell us why or why not in the comments section down below.